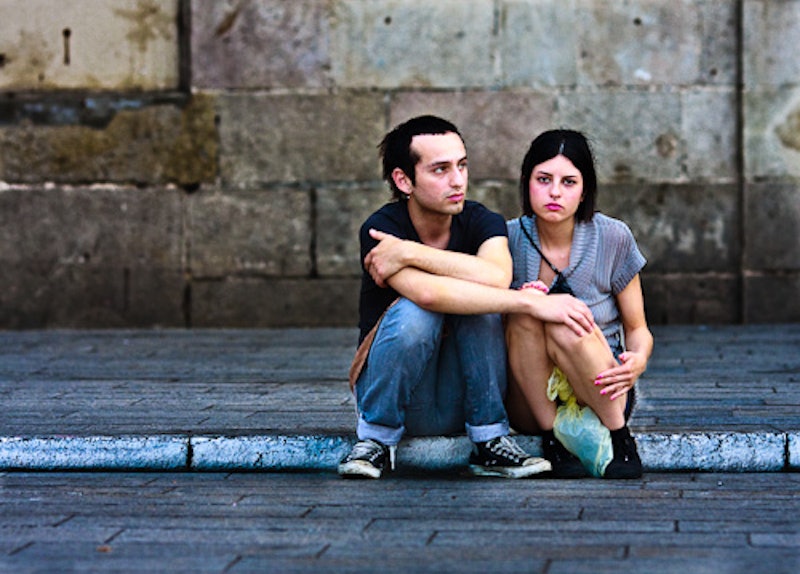 You're happy... ish. You like to be together... sometimes. You don't fight... except for most days. Whether you've been dating for a few months or a few years, there are telltale signs that your relationship likely won't last. Unfortunately, all of these signs are so easy to ignore — or, once you do realize them, you make tons of excuses. How many times have you told yourself that something in your relationship is "just a phase"? Let me tell you from experience that not having sex and not having real conversations with your partner are not "just phases."

You never want to break up with someone, but causing temporary discomfort is not a good reason to avoid the inevitable. For most of my breakups, my only regret is that I didn't call it off sooner. In retrospect, I see now that I typically break up with someone over a problem that I noticed six months early and made excuses about it.

Some breakups are easier than others. Sometimes you can just move on, truly knowing you're better off. But other times there are more nuanced signs and reasons to move on. As a wedding planner, I've seen couples ignore these signs, and then end up calling off a wedding six months before they're slated to walk down the aisle. Here are seven signs that your relationship probably won't last, so you might want to save both you and your partner some time and just move on.

Beyond not having sex, which is an obvious problem, a lack of any kind of intimacy is bad news. Do you still hold hands? Do they touch your back when you're walking? Do you ever make out just because, and not as a precursor to sex? You don't need to be engaging in crazy amounts of PDA, but you should feel wanted by your partner.

Drama is no good, but every relationship needs big emotions to survive. If you find yourself completely void of any sort of reaction or feeling, this is a bad sign. Someone told me once that the opposite of love isn't hate, it's apathy, and I feel that couldn't be more true.

3. Your Friends Are So Over It

One of my earliest indicators that my last long-term relationship wouldn't work was that we didn't like being around each other's friends... and our friends didn't like being around us as a couple. As my best friend said, "I like him, but I don't like you guys together. You don't ever have fun. He's just not very nice to you!" If you're afraid of the tough love that your friends will give you, that speaks volumes.

4. You're Lying To Your Friends

Yes, lies of omissions and half-truths count. When I realize that I'm not telling my friends the whole truth about my relationship, I know I'm in deep trouble.

This can be due to age or a multitude of other things. A few years doesn't sound so bad until you're pushing 30 and he's solidly in his mid-20s, or when she's in med school and you're a college senior. Sometimes, your lives are just too different, and your priorities are different. Your partner may want to start a family, while you want to get a little further in your career. This doesn't always spell demise — for example, if you're in flux with a career and just aren't quite ready to make a big commitment — but if the timing isn't going to be right for more than a couple months, you're better off ending it.

6. You're Just An Option

The cliché that you shouldn't make someone (or your relationship) a priority when you're just an option is very true. If you're just biding your time with someone until you can move, meet the right person, or get a promotion, you're not doing them any favors. And if you aren't sure if you're a priority — you're not.

7. You Don't Talk About The Big Stuff

Remember when you first started dating and you could have long conversations about your childhoods, your crazy plans for starting a business, or just about anything else? Do you still have those big-picture conversations with your significant other? If not, this may be a that you just aren't very interested in each other anymore. No matter how long you've been together, there are always stories to tell and things to talk about — whether it's "did my parents really mess me up?" or the economy.