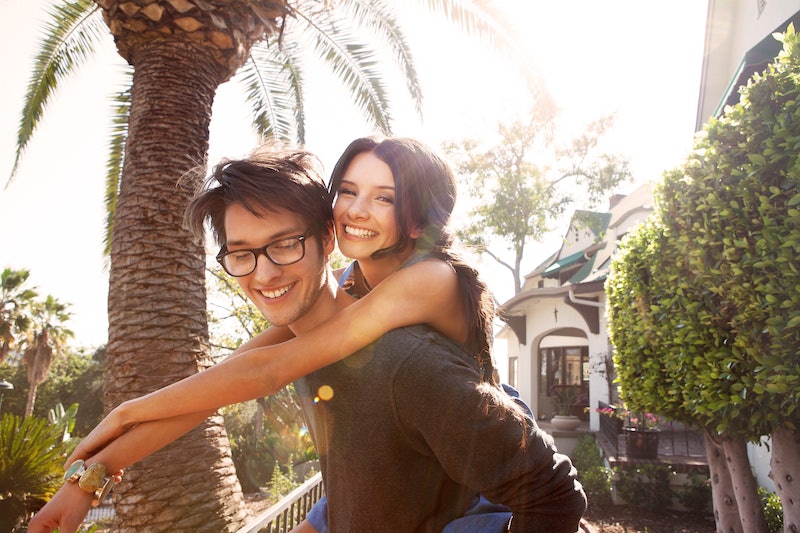 When we start dating someone new, there are often things that we promise ourselves we won't tolerate no matter what, but what about relationship problems that aren't deal breakers? Deal breakers often end up as the half-hearted excuses we use when things don't feel quite right, perhaps because "not quite right" can often mean "different." Different can be scary, but it can also be a great thing. Whenever I'm out of my comfort zone, I find myself making a million excuses to avoid the person or situation. It's human nature.

As a wedding planner, I sometimes hear funny stories from couples about the things they thought were deal breakers early on in their relationships: "I used to hate his laugh" or "She taps her pen for hours on end." Often, hearing about their so-called deal breakers makes me think that the entire idea of a deal breaker is pretty silly. However, we all have things that we just cannot handle in a boyfriend or girlfriend. I can't see myself ever making an exception for someone who doesn't like my dogs. But as far as "I could never date someone shorter than me" or "I could never date someone who still lived at home" — well, never say never.

1. You Find Yourself Attracted To Someone Else

It's totally normal to feel a connection to someone else when you're in a relationship. Maybe you just hit it off with someone because you have a lot in common. I don't believe this means that you're inherently unhappy in your relationship or that you should break up with your significant other. What's actually a deal breaker is when you develop a deep emotional bond with this person and it turns into an actual crush or relationship. But fleeting attraction? It's human.

Everyone has a past, and those pasts all look different. If your significant other has a laundry list of exes, don't let it turn you off — what matters is their intentions now. If they had a crazy phase in college and burned through guys or girls, or had a string of one-night-stands, don't write them off just yet. A guy I dated in college was notorious for being a serial cheater, but our relationship was filled with mutual respect and fidelity. It's all about what someone is looking for today, not what they were looking for six months ago.

3. They've Never Been In Love

On this past season of The Bachelorette, one of Kaitlyn's guys (Josh, the industrial welder), admitted he had never been in love — at age 31. Now that would freak me out a little bit. But, again, everyone is different. Is it a little strange to be over the age of 30 and never been in love? Maybe. But does that necessarily mean that someone is incapable of love, or doesn't want to fall in love? Not at all.

4. Your Partner Has Major Family Drama

As a wedding planner, I hear tons of complaints about families; during a wedding, those family tensions are at an all-time high. It's imperative that you work out your issues with your future mother-in-law before you walk down the aisle. Even if your significant other has no relationship whatsoever with this family, or a tumultuous one, it doesn't mean that your life is destined for the same. Sometimes, people with rough family lives end up even more committed to not repeating the past.

So what do you do if you don't like your partner's family? Well, unless you're getting flashbacks to Game of Thrones whenever you're around them, attempt to maintain some sort of positive relationship with his or her family, even if your partner doesn't. You don't have to love them — you just have to make it through a visit every now and then.

Maybe you fantasized about reading the same books as your partner, loving the same television shows, and just generally finding your soulmate. I think this is very much a case-by-case basis sort of thing, but sometimes opposites attract and it just works. As long as you respect those differences and can agree on the big things (money, religion, kids), you might be pleasantly surprised when you date someone out of your normal comfort zone. Give it a chance before you let a lack of common interests become a deal breaker.