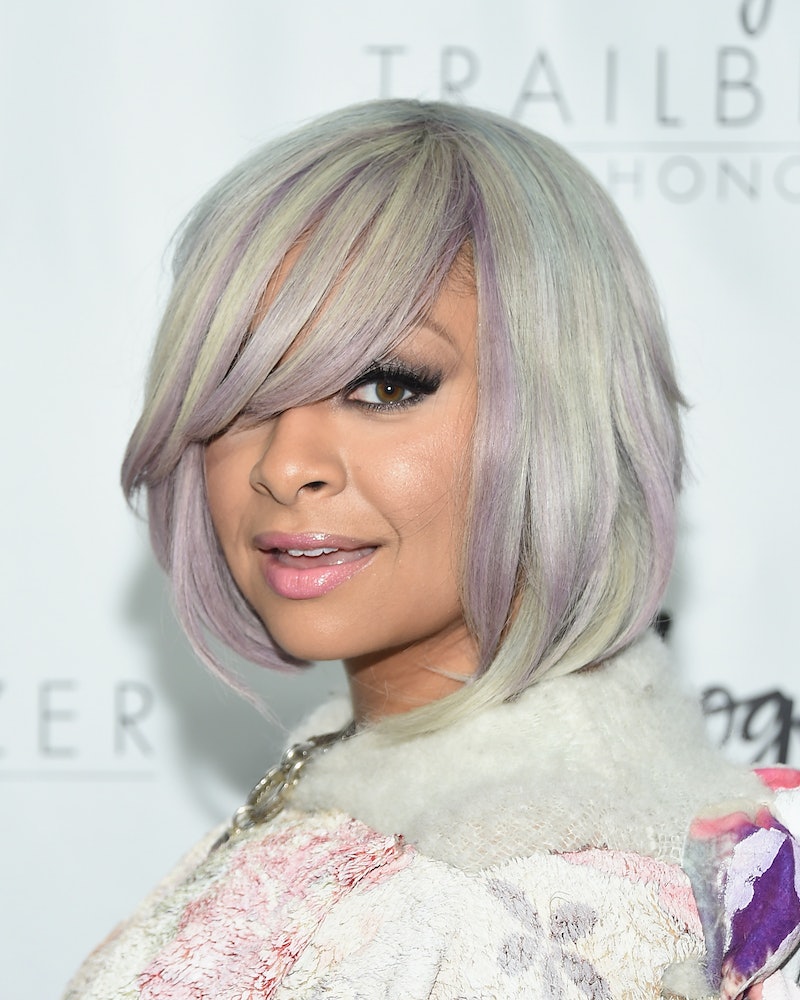 It's only to be expected that, now that Raven-Symoné is a permanent host on The View , the controversial nature of the show will continue. Despite all of this, I was pleasantly surprised when I saw that Raven-Symoné reunited with the That's So Raven cast for a photo with the caption. "Wait till I tell you why we are all together!!!!!!!!" Once I saw this post, I had to stop everything I was doing. I may not understand or agree with Raven-Symoné's personal views and opinions, but her work on Disney Channel's That's So Raven will always bring back fantastic memories for me, and I'm sure that goes for everyone else, too.

That's So Raven was an Emmy-nominated Disney Channel children's series, and was probably the last show I watched regularly on the Disney Channel before I graduated up to teen dramas and shows on The CW. On the show, Raven-Symoné played Raven Baxter, a teenage girl who had the power to see glimpses of the future. The only problem was that these small slices of what was to come wouldn't always be what she thought they meant. Though her powers were super cool, they often got her and her best friends Chelsea and Eddie into hot water.

The show was so successful that it reached well over 100 episodes, and it spawned the spin-off Cory in the House, starring Raven's little brother Cory Baxter. Because of all of this, I was super excited to see that the cast had reunited. The That's So Raven cast is scheduled to be on The View on Friday, Aug. 14, to make some sort of announcement. Since we have to wait until then, here are seven other reasons why they might all be back together again.

I've always wondered why That's So Raven never got the Lizzie McGuire treatment. I realize that the last show aired in 2007, but I would definitely watch Raven and her friends on an epic vacation where her powers got them into all types of fun and foolishness.

Lifetime has done some great things in the past. With the cast and crew's permission, it would be fantastic to get a inside look at what occurred behind the scenes on That's So Raven.

When the Disney Channel announced Girl Meets World my head nearly exploded. Boy Meets World was such an memorable part of my childhood, and I was thrilled that a new generation of children were going to experience a version of the show for themselves. A That's So Raven spin-off for the next generation would be equally as amazing, especially if the original cast appeared on the show from time to time.

4. An Oprah: Where Are They Now? Special

Oprah is definitely on to something with her Oprah: Where Are They Now? specials. Raven-Symoné appeared on Oprah's show last fall, but I would definitely love to see her catch up with the rest of the cast as well to see what they are all up to.

I realize that DVD box sets are a little old school. However, I'm a sucker for all of the amazing features and inside information that they have on them. I would snag a That's So Raven DVD box set in a heartbeat.

Normally, films and not television shows are turned into plays, but it's certainly not unheard of. I saw Matilda the Musical on Broadway last winter, and it was epic. Since most of the cast also has some musical talent, a That's So Raven play could be extremely well done.

7. A Live Rendition Of The Theme-Song

Let's face it, the That's So Raven theme song was the absolute best. If the cast is only going to be on The View to perform the song, then that's good enough for me.

Though we have to wait until Aug. 14 to see why the cast of That's So Raven is all together again, I can't help but get excited thinking about all the possibilities.

More like this
The Office Lego Set Includes All Your Favourite Dunder Mifflin Characters
By Sam Ramsden
Here’s When 'She-Hulk' Takes Place In The MCU
By Brad Witter
How Marvel’s 'She-Hulk' Changes Her Comic Book Origin Story
By Brad Witter
The 'PLL: Original Sin' Season Finale Finally Revealed A’s Identity
By Alyssa Lapid and Kadin Burnett
Get Even More From Bustle — Sign Up For The Newsletter