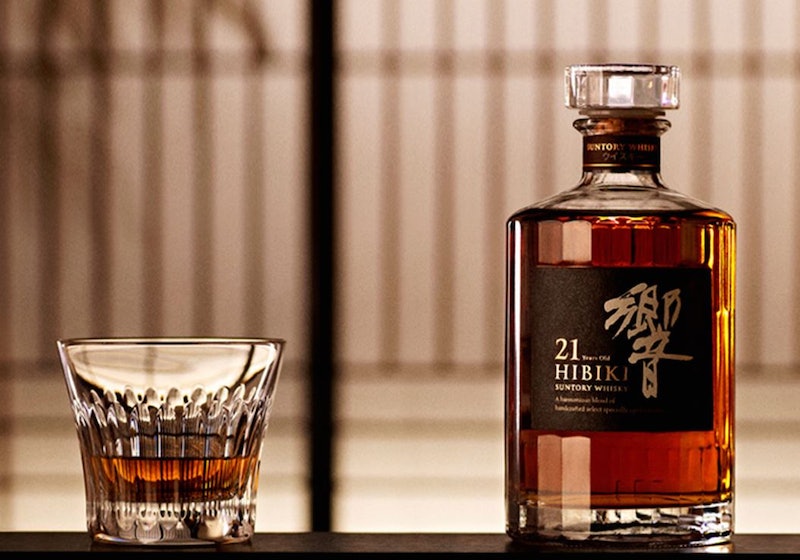 Space: The vast, beautiful foreverness which holds all of the answers and questions of the meaning of our creation. Am I the only one that thinks it's missing something? Something like, maybe, whisky? Well, worry no more: Suntory Holdings, a Japanese brewery and distillery, recently announced that it's going to send whisky into space (and yes, this particular company spells it "whisky," as opposed to "whiskey"). Prepare yourselves for a heart round of applause from astronauts everywhere.

On August 16, the company is launching a brand new, non-aged whisky and a 21-year-old single malt to the International Space Station (ISS) in small glass flasks. The company is interested in how the zero-gravity environment will affect the taste, so the whisky will stay onboard the ISS for at least a year. Once back on Earth, scientists or "blend experts" will taste and compare the space whisky with those that were aged boringly on our own planet. (Side note: how does one get a career as a blend expert?)

Any whiskey drinker like me out there knows that the best whisky is smooth whisky. However, they also know that it's the most expensive, too. Why? Because it's harder and takes longer to create. The longer a whisky is aged, the smoother it is. Also, the more stable the temperature in the environment where the whisky is aged, the mellower the result. The problem is that the recent demand increase for whisky is leaving distilleries in short supply of their old-aged blends. (I feel like some of this may be my fault.) Anyway, Suntory is hoping the stable environment of the ISS will give them some insight into how to make smooth, mellow whisky. Yes please!

But whiskey is far from the most unique thing sent into space. Here are some other odd things that have made their way to the stars over the years.

Because, obviously astronauts need protection. Luke Skywalker's Lightsaber, a prop from the original Star Wars films, went up to space in 2007.

Buzz's dream was to go to infinity and beyond. Why deny him of this?

OK, not all of them, but the song "Across The Universe" did make it to the great beyond.

Gives a new meaning to the term "space jam."

100,000 Craigslist advertisements, including "Free kittens to a good home," because going to space is no excuse to fall behind on searching for a deal on a new sleeper sofa.

Well, sea urchin sperm, if that makes it any less odd?

Or rather, black and white diagrams of them.

Doohan played Scotty on the original Star Trek television series. After he passed away in 2005, his ashes were taken to space.

9. A Recording Of A Hyena

Four cans of Pepsi and four of Coke went up to space in 1985. At least space was fair in this rivalry.

More like this
Heinz Just Relaunched A Bean-Tastic '90s Fave
By Sam Ramsden
How Long Does Leftover Stuffing Last? Here's When To Toss It
By Chelsey Grasso and Alexis Morillo
Pepsi’s Festive Flavour Is Finally Coming To The UK
By Sophie McEvoy
16 Friendsgiving Recipes Your Besties Will Love
By Alexis Morillo
Get Even More From Bustle — Sign Up For The Newsletter