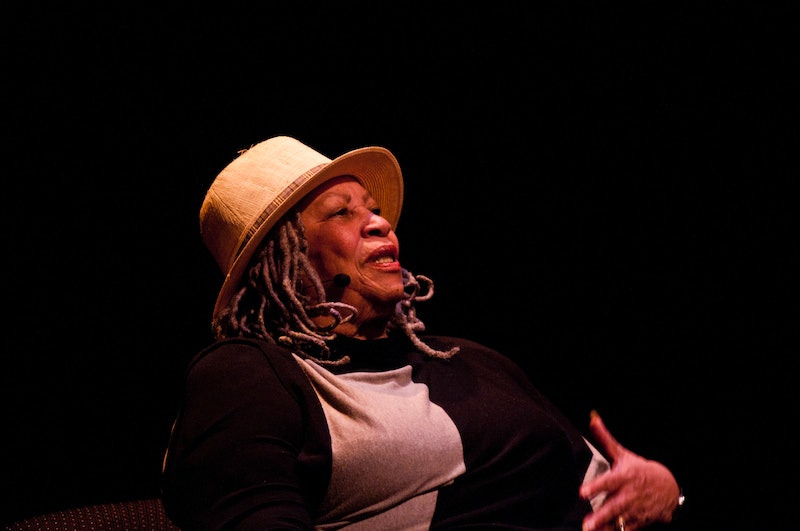 If you haven’t read writer Catherine Nichols’s recent Jezebel article about “writing while female,” you should check it out. The article describes her recent journey down the road to book publication — one that she took, experimentally, both under her own name and under a male pseudonym, in order to compare agent responses to a manuscript submitted by a woman writer, versus a male. The results were, you know, exactly what a woman writer undertaking such an experiment would expect: her male pseudonym got more responses. You're surprised, right? Wrong.

OK, so we all know that women aren’t published nearly as frequently as men, and be it the fault of unconsciously biased agents, a consciously biased publishing industry, or the simple fact that book buyers (notably, mostly women) purchase books written by men more often than women, the fact is we’re all probably not going to shut up about it until the scales tip a bit more balanced. As we shouldn’t. But while demanding shelf space, let's not forget to celebrate the amazing women writers who are published (because seriously, all is not lost here), and check out some of the great writing advice they have to share with you.

After all, there's no better way to greet your writing desk every day than armed with some words of inspiration from women who have succeeded in realizing the same writerly dreams you have. Here are either women writers with some amazing words of writing advice for their fellow sisters-in-pens.

1. “Write with great truthfulness; work harder than you thought possible; have passion, enormous sweeping passion. Give it first to your work. Let your work have all of the passion it requires, and whatever is left, put into your life.”

2. “I didn't plan on either children or writing. Once I realized that writing satisfied me in some enormous way, I had to make adjustments. The writing was always marginal in terms of time when the children were small. But it was major in terms of my head. I always thought that women could do a lot of things. All the women I knew did nine or ten things at one time. I always understood that women worked, they went to church, they managed their houses, they managed somebody else's houses, they raised their children, they raised somebody else's children, they taught. I wouldn't say it's not hard, but why wouldn't it be? All important things are hard.”

3. “Everything in life is writable about if you have the outgoing guts to do it, and the imagination to improvise. The worst enemy to creativity is self-doubt.”

4. “Oh my God, what if you wake up some day, and you’re 65, or 75, and you never got your memoir or novel written; or you didn’t go swimming in warm pools and oceans all those years because your thighs were jiggly and you had a nice big comfortable tummy; or you were just so strung out on perfectionism and people-pleasing that you forgot to have a big juicy creative life of imagination and radical silliness and staring off into space like when you were a kid? It’s going to break your heart. Don’t let this happen … Shoot the moon.”

6. “We have come to think that duty should come first. I disagree. Duty should be a by-product. Writing, the creative effort, the use of the imagination, should come first — at least, for some part of every day of your life. It is a wonderful blessing if you use it. You will become happier, more enlightened, alive, impassioned, light-hearted and generous to everybody else.”

7. “The essential thread in my life has always been my identity as a writer and so when I became a mother, which is also an essential identity in my life, it wasn’t like one had to move aside for the other. I had to learn how to hold both, and honor both … I fully believe that one of the greatest gifts I’ve given my children is the example of a mother who pursues her passion like a motherfucker.”

8. “Empowerment is encapsulated in the written word. Writing about trauma is more than simply documenting experience — it’s about illuminating life on Earth. It’s about transforming tragedy into art and hoping that somehow that piece of art may help someone else who’s gone through something unbearable and who doesn’t yet see that there’s truly a light at the end of the dark tunnel. It’s about more than victimhood or survival. It’s about coming alive on the page. It’s about transcendence. It’s about where we go from here.”