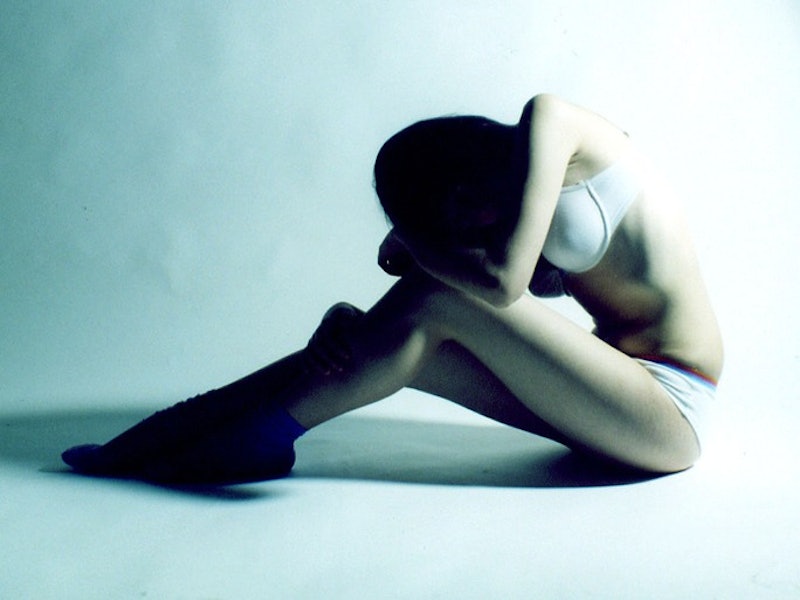 We all know that feeling bad about your body is pretty unpleasant mentally and emotionally, but could it also affect physically? According to a new study, body shame might actually make women sick. As in, you literally develop physical illness. While the results are not conclusive, it's still worth paying attention to — and either way, we really need to start promoting healthier body image in our culture.

Here's how the research breaks down:

These findings come from two small, related studies conducted by researcher Jean Lamont from Bucknell University. In the first study, Lamont asked 177 undergraduate women to fill out a questionnaire rating how strongly they agreed or disagreed with statements like, "When I’m not the size I think I should be, I feel ashamed" and other statements designed to gauge a person's feelings about their body. The women also reported how many infections they'd experienced in the past five years — anything from yeast infections to pneumonia — and how often they experienced symptoms of physical illness, like nausea.

Lamont also conducted a second longitudinal study to control for depression, smoking, and BMI. This second study involved the same questionnaire and questions about illness; however, respondents filled it out twice during a semester — once in September and then again in December — since illnesses like the flu are expected to increase during those months.

So how did all this turn out? In both studies, Lamont found that girls whose responses indicated more feelings of body shame also reported more frequent instances of infections and illness. Furthermoer, the correlation held true even when Lamont controlled for other factors than can impact health like depression, smoking, and BMI. So basically, feeling bad about your body isn't just a problem that exists in your head; it might in fact have physical consequences for your health, too.

But how does that even work? Well, according to Lamont, it could be that people who feel ashamed about their bodies might be less responsive to the signals your body sends you about its health and thus aren't as good at evaluating their own health. It could also be that women who feel negatively about their bodies don't feel as compelled to take as good care of themselves. Or, you could always just chalk it up to the mystery of the mind/body connection, I guess.

Of course, it's possible to look at the results from a different perspective, too: Maybe people who are frequently sick because their bodies are simply not as good at fighting off infection or ill find it that much harder to have positive feelings about their body ; as such, they might be more vulnerable to body shame. After all, that's really easy to do in our culture anyway — and being sick all the time might make it harder to counteract that societal message and feel good about your physical self.

Since the sample size in this study was relatively small, though, more research would need to be done in order to say definitively that body shame causes physical illness in women (and also someone should look into whether it's true for men, too). Even so, it seems logical that there would be a definite connection there. And if indeed feeling ashamed of your body leads to being sick, that's all the more reason to stop promoting such unhealthy messages about bodies in our culture. Not that we really needed another reason to stop promoting those unhealthy messages in the first place, but, well... you get what I mean.

As this study highlights, your body isn't solely meant to be looked at or for aesthetic purposes; it's for letting you do things and experience the world. If it's not healthy, that's a big problem — not because it's less beautiful, but because it's less functional and a whole lot less pleasant to inhabit. We all deserve to live life to its fullest, and we all deserve to be healthy enough to do so.