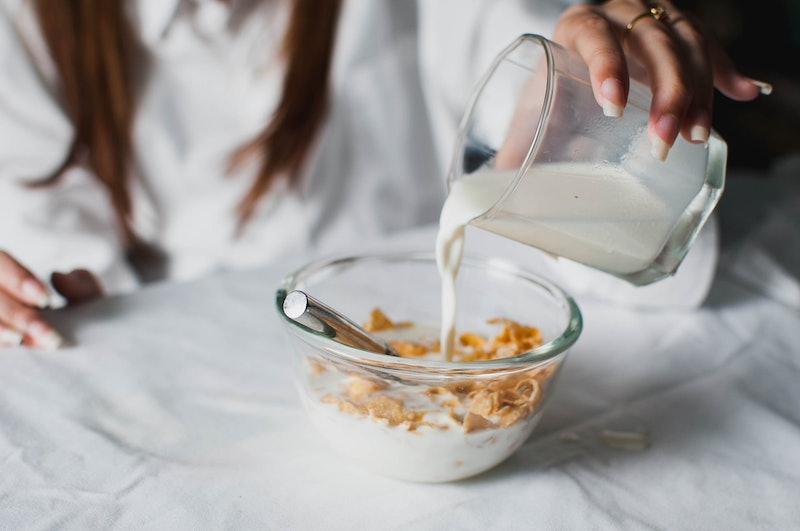 In the late 19th century, John Harvey Kellogg, a physician who was uncomfortable with sex and believed it was “unhealthy for the body, mind, and soul,” created the cereal in order to curb masturbatory tendencies. In case you were wondering, yes, Kellogg was married. No, he never consummated his marriage. Yes, he and his wife didn’t share the same bed, nevertheless, the same room. Would you expect anything less from a guy who created an anti-masturbation cure because he thought sex was unhealthy? Yeah, I didn’t think so.

The man was so determined in his cause to purge people of their self-pleasuring needs that he even put together a selection of breakfast items that he believed would cure a person. In addition to Corn Flakes, Kellogg invented an enema machine which cleansed the bowels out with water before receiving a pint of yogurt through both the mouth and the anus.

2. It Will Cause You To Grow Hair On The Palm Of Your Hands

Again, 98 percent of men said they’ve masturbated before. I have yet to meet one who has hair growing out of the palm of his hands.

Again, 98 percent of men. I get that many guys don’t seem to listen, but deaf? Definitely not.

5. It Will Make You Impotent Later On In Life

7. It Leads To Mental Illness

Say what? According to Queerty, the whole masturbation-turning-you-gay thing is a religion-based belief.