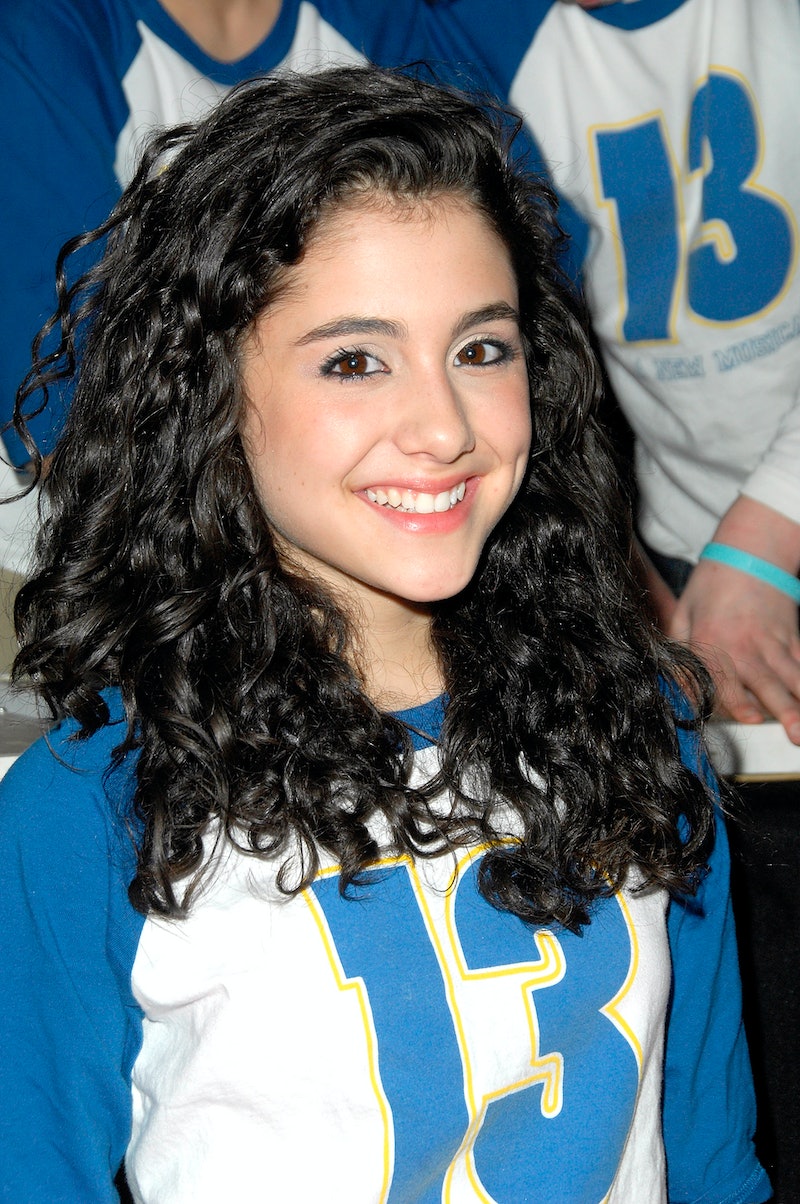 Say what you will about Ariana Grande's notorious diva behavior and un-American donut-licking, but there is no doubt that she is talented. She has a broad vocal range that was hardly heard since the grand diva days of the '90s with Mariah Carey and Christina Aguilera. Grande is not just a bonafide pop singer, but has also proven her legit, musical theatre skills on Broadway. At the age of 14 in 2008, Grande was in the Broadway musical 13 (only a little bit confusing). With music and lyrics by Jason Robert Brown, the Tony Award-winning writer of The Last Five Years and Parade, 13 featured an all-teenage cast in a musical about a 13 year old boy who moves from New York City to Indiana right before his bar mitzvah and struggling to fit into his new school. Grande played one of the popular girls, alongside her future Victorious costar, Elizabeth Gillies.

Grande was a featured soloist on the musical's pop-rock cast album. Even without a lead role, you can hear her voice shine through, and you can just tell that she was destined for greatness. Here are clips of a super young Ariana that hint at her future stardom.

How many people can sing like that, especially in eighth grade? You can already tell she's a prodigy.

At 2:13, Grande tells Evan Goldman, "Hey Evan, for your bar mitzvah, I have a very special present for you." It's not easy to flirt with the bar mitzvah boy, but Grande pulls it off.

3. She Knew How to Celebrate on Opening Night

She was grateful and enthusiastic, and seemed to be having a great time even though she couldn't drink for another seven years.

4. She Had the Acting Chops

In this song, sung by the female lead, a nerdy girl named Patrice, Grande showed vulnerability. It's exciting to hear her sing to tell a story rather than just to show off her incredible range.

5. She Could Rock Out in Music Videos

You can see hints of her energy and music video skills that would come to play in intense videos like "Break Free" and "Bang Bang."

Grande, in the purple zip-up, can handle the bouncy choreography and use her dancing to show off her character's attitude. She would use these skills later on in her pop career.

7. She Stood Out Even In Ensemble Numbers

You can tell, even in the finale featuring the whole cast, that she is the one to watch. She does her best to blend in, but her voice just stands out. She was meant from a solo pop career, and it's been apparent for years.

More like this
Ariana Grande & Kristin Chenoweth Sing A Wizard Of Oz Classic On TikTok
By Alyssa Lapid
Jennifer Coolidge Slid Into Ariana Grande’s DMs In The Most Iconic Way
By El Hunt
Cruz Beckham Teased New Music With An Adorable Nod To Mom Victoria Beckham
By Stephanie Topacio Long
Zach Gilford Admits He Forgot Taylor Swift's Name When He Starred In Her Music Video
By Jake Viswanath
Get Even More From Bustle — Sign Up For The Newsletter
From hair trends to relationship advice, our daily newsletter has everything you need to sound like a person who’s on TikTok, even if you aren’t.