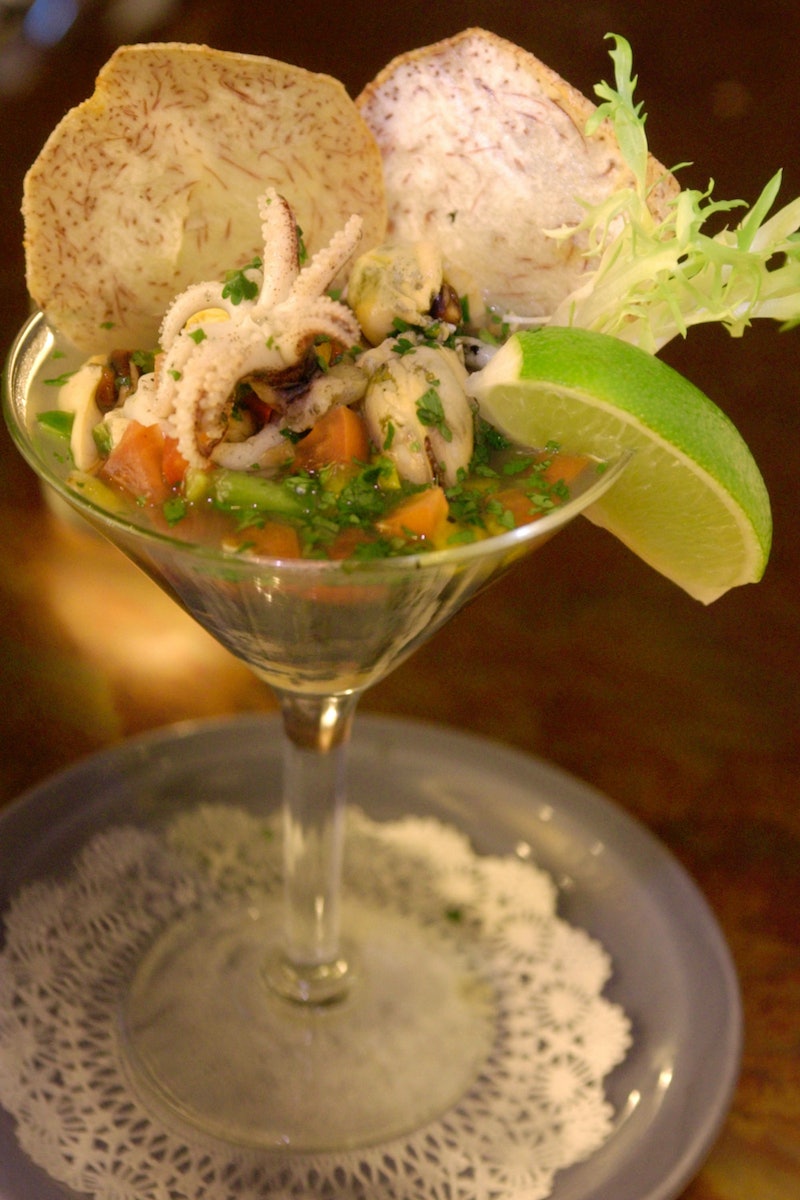 According to popular legend, a good way to get turned on is by consuming aphrodisiacs, or substances that are supposed to make you all hot and bothered. But how well do aphrodisiacs work when put to the test? Bad news for anyone who swears by oysters: According to a new study published in the International Society For Sexual Medicine, most aphrodisiacs don't actually do much in the way of turning you on at all. In fact, all they really do is make you think you're supposed to be in the mood for sex. Then again, maybe there's something to be said for the placebo effect, right?

The study authors did a meta-analysis of products whose words were associated with things like "sex" and "aphrodisiac." They then evaluated all of the current findings that existed on the efficacy of the substances for arousing sexual desire and their level of safety. In their report's conclusion, they said that more research was needed before health care providers could recommend aphrodisiacs to patients, and that there are still many concerns regarding safety and reliability.

So: Which aphrodisiacs are the real deal and which are duds? Here's a list of seven of them, along with a look at the findings of how well they do the trick — if at all:

The report listed Spanish Fly as one of the products where the risks associated with using it outweighed any benefits, so this is one aphrodisiac of which you might want to steer clear. It's been cited many times as being dangerous and not something you should consume, so stay away from any Spanish Fly you might encounter.

Ginseng was found by the researches to have "limited but emerging" data on its effectiveness as an aphrodisiac, so it seems that the jury is still out on this one. Sorry, guys.

Honey was found to be amongst the aphrodisiacs that don't work, so you can stop adding it to your bedtime tea in the hopes that it will lead to a little hanky-panky. But, another scientist speaking toThe Daily Mail in February said that because of honey's Vitamin B content, it can help to stimulate testosterone production, which is responsible for arousal. So it seems that there is some conflicting evidence on honey's sexual powers.

This was another supposed aphrodisiac whose credibility didn't make the cut in this meta-analysis of data. If you only ate them to get hot and heavy, feel free to skip them during your next seafood excursion.

Probably one of the most well-known aphrodisiacs is chocolate, but sadly, our favorite snack isn't actually going to make you wet, according to the scientists' findings. However, almond chocolate is known to increase testosterone levels, so you might want to give that variety a go — it's another excuse to eat chocolate, if nothing else.

This supplement wasn't found to be legit in this study, but has been shown in other research reports to be a potential remedy for sexual dysfunction. The line of scientific inquiry is far from conclusive, though; additionally, consuming too much puts you at risk for excessive bleeding. If you are going to be taking some gingko biloba, the key is moderation.

More like this
I Tried The $20 TikTok Viral Oishii Strawberries — Here's What I Thought
By Sophie Hanson
Trust Me, Pickle Martinis Are The New It Drink Of The Season
By Emma Carey
Hinge's New NFAQ Feature Is Demystifying Queer Dating
By Emma Carey
The Best Time To Date After A Breakup, According To Experts
By Bustle Editors
Get Even More From Bustle — Sign Up For The Newsletter