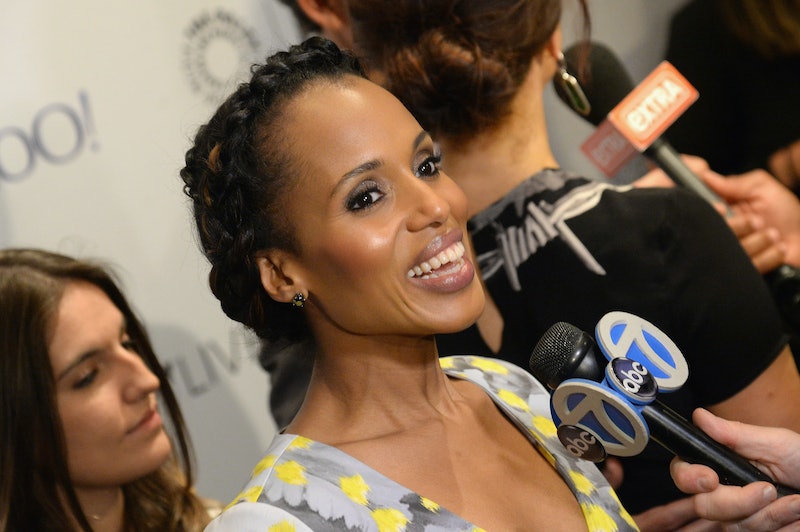 You know feminism has hit the mainstream when huge celebrities like Beyoncé, Lady Gaga, and Miley Cyrus have no problem publicly identifying as feminists. It is definitely a positive thing to see more celebrities committed to equal rights for women and speaking out for them. Even better, it is wonderful to see that this trend of celebrities embracing the term "feminist" does not seem to be going anywhere anytime soon. Some celebrities even defend feminism in the face of any criticism, further showing their dedication to the cause.

While it could be debated how much celebrities have actually done to advance women's rights as a whole, it cannot be denied that superstars using their large platform is extraordinarily helpful. After all, these stars' fans and followers have the opportunity to hear right from the source about why feminism is still needed in society today. And rightfully so. When there are so many equality issues still facing women today, including, but not limited to, the prevalence of sexual harassment and assault, the gender wage gap, and discrimination, awareness of these issues is of utmost importance. Luckily, the celebs below are not afraid to stand up for what they believe in, and defend their feminist beliefs on the world stage.

"So many girls out there say, ‘I'm not a feminist' because they think it means something angry or disgruntled or complaining or they picture like rioting or picketing and it is not that at all," Swift said on Canadian TV show Tout le Monde en Parle. "It just simply means that you believe that women and men should have equal rights and opportunities. And to say that you're not a feminist means that you think men should have more rights and opportunities than women."

"I always considered myself a feminist, although I was always afraid of that word, because people put so much on it when honestly, it's very simple," Beyoncé said in "Yours and Mine," a video she released. "It's just a person that believes in equality for men and women. Men and women balance each other out, and we have to get to a point where we are comfortable with appreciating each other."

"I'm just about equality, period. It's not like, I'm a woman, women should be in charge! I just want there to be equality for everybody," she told Elle in response to earlier declarations of her feminism. She added, "I still don't think we're there 100 percent."

“If you look up feminism in the dictionary, it just means that men and women have equal rights. And I feel like everyone here believes men and women have equal rights. But I think the reason people don’t clap is that word is so weirdly used in our culture. Now, people think feminist means ‘some woman is gonna start yelling at them,'” Ansari said in an interview with David Letterman.

"I don’t try to be feminist. I just am. It’s innately inside me. I have no interest in trying to be the perfect feminist, but I do believe feminists are in good hands with me," Schumer said in Glamour. "Every woman deals with it most every day of their lives. Growing up, it’s just in your day-to-day. There are all these preconceived notions of what it means to be a woman or a girl, and straying from those ideas of femininity is sort of shocking to people. I felt angered by that as a kid. I felt like that was unjust. Like that was not right."

"I am a feminist. So if that leaks into every episode of the show, I (a) like it and (b) don't do it on a conscious level. That's just our standpoint," Kaling said of the unconscious feminism of The Mindy Project.

"A feminist to me is somebody that wishes to protect the integrity of women who are ambitious. A feminist in my opinion is somebody that regards that women have a strong intelligence and wisdom. That we are just as great as men — and some of us can be even better. I want to fight for the female performer, the female artist, the female musician. This is the type of feminist that I am: that women can be tremendous artists," Gaga said in the British The Times.

"I don't know why people are so reluctant to say they're feminists. Maybe some women just don't care. But how could it be any more obvious that we still live in a patriarchal world when feminism is a bad word?" Page said in an interview with The Guardian .

"We, the people, especially us women, have to make sure our leaders know how we feel, what we think and what we care about. Together, we need to stand up for the kind of America we want — one where women and girls are equal, strong and proud, and where we all have a president who has our back," Washington wrote in an op-ed piece on The Daily Beast.

"All men should be feminists. If men care about women's rights the world will be a better place," Legend said at a press conference for Chime for Change, saying his mom was his inspiration. "We are better off when women are empowered — it leads to a better society."

More like this
Taylor Swift & Her Mom Clap Back Against The “Shake It Off” Plagiarism Lawsuit
By Jake Viswanath
Beyoncé & Madonna’s “Break My Soul” Remix Honors A Group Of Black Icons
By Stephanie Topacio Long
How Lady Gaga & Adele Are Closer To The EGOT All Of A Sudden
By Jake Viswanath
Lady Gaga Will Star In 'Joker: Folie À Deux' With Joaquin Phoenix
By Jake Viswanath
Get Even More From Bustle — Sign Up For The Newsletter