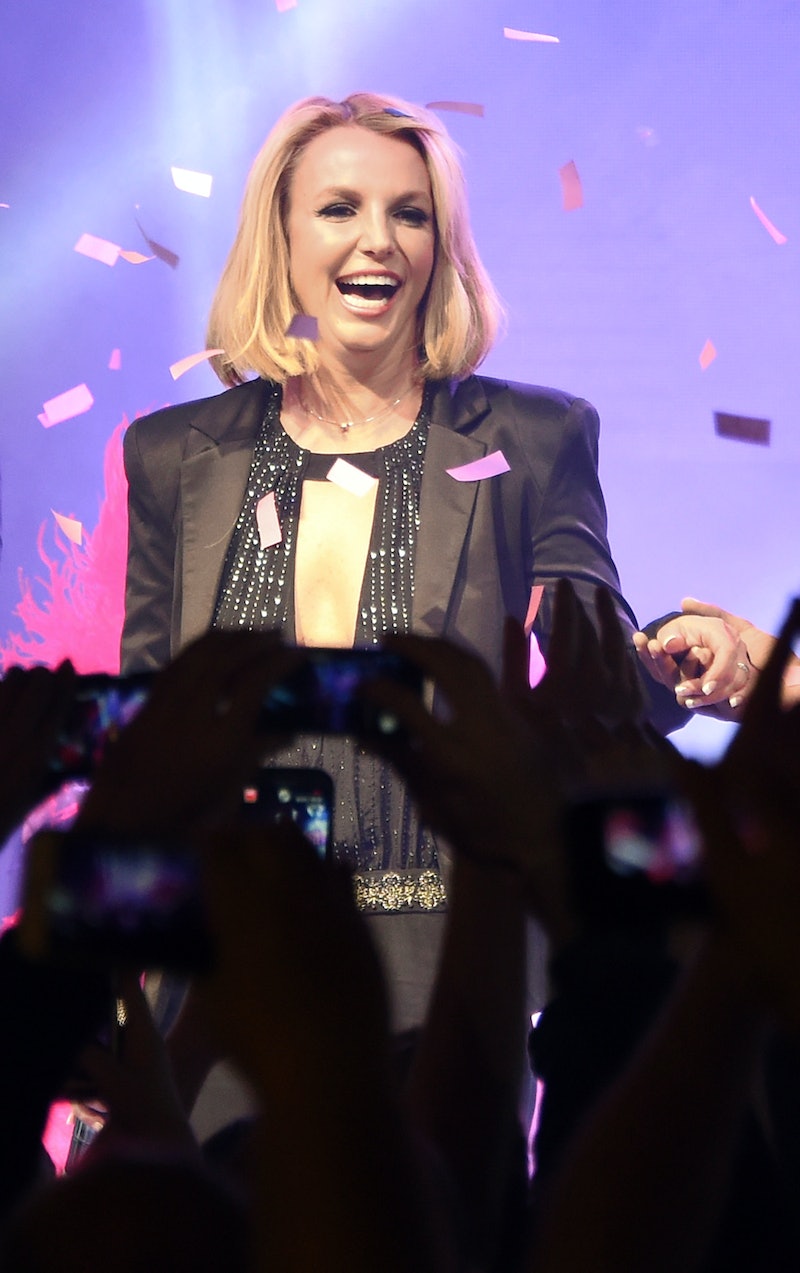 With a career spanning nearly two decades, Britney Spears is officially a pop icon. From her insanely catchy " ... Baby One More Time" to her crazy good dance moves to her Las Vegas residency, Spears is undeniably a superstar. (There's even Britney Spears songs to describe your love of pizza.) With this level of fame comes a lot of opinions, both good and bad, from other stars. So what do celebrities think of Spears?

Spoiler alert: She's beloved among many other artists. Each has a unique connection to Spears, whether it be a shared Disney Channel background, a collaboration or just someone who idolized the singer from an early age. One thing they all have in common: Their admiration for Spears and her successful career. It would be hard not to applaud Spears; after all, she's collected numerous awards, topped charts and continues to push the envelope. She works hard and, man, does it pay off. The singer never fails to impress her fans.

Check out the quotes below to see what celebs like Selena Gomez, Iggy Azalea, Nicki Minaj and more have to say about Spears! She's definitely worthy of all of their kind words and praise.

"Everyone goes through a time in their life where they don't want their picture taken everyday," Miley Cyrus told Huffington Post U.K. "[Spears] just never had that time where she could say, 'I'm going through something right now and need to shut down.' I also don't have that, so it's good to have that one person in my life who gets it."

“I think I was eleven, I was exactly eleven years old,” Selena Gomez told MTV News of Spears and Madonna's famous VMAs kiss. “I am obsessed with Britney, I loved everything about it, so I was obsessed. I was into it.”

"Let me just say I’m going to take from Britney and Wayne, because they’re both veterans," Nicki Minaj told the L.A. Times. "Being completely honest I’ve learned so much from them, in terms of production. Britney’s production is so amazing. When I sat out there the first night to watch it, I felt like I was a kid at an amusement park."

"I wasn't really allowed to watch MTV, but late at night when my parents were sleeping I would watch music videos and I remember seeing this beautiful young girl dancing in risqué clothing and singing this unbelievably catchy song, and it was just so intriguing to me," Lucy Hale told Rolling Stone. "And like every girl in America, I became a Britney Spears fan."

"What surprised me the most about Britney is that she's actually really quirky," Demi Lovato told PEOPLE. "You kind of expect a legendary pop star [to] sometimes [be], like, a diva or something, but she's really not. She's a sweet, down-to-earth, Southern girl."

"I love Britney," Iggy Azalea told Billboard. "She's super sweet and I just want to hang out with her all the time. I saw her at Toys "R" Us randomly; she lives right down the street from me. ... Since I've met her now we keep bumping into each other in the street."