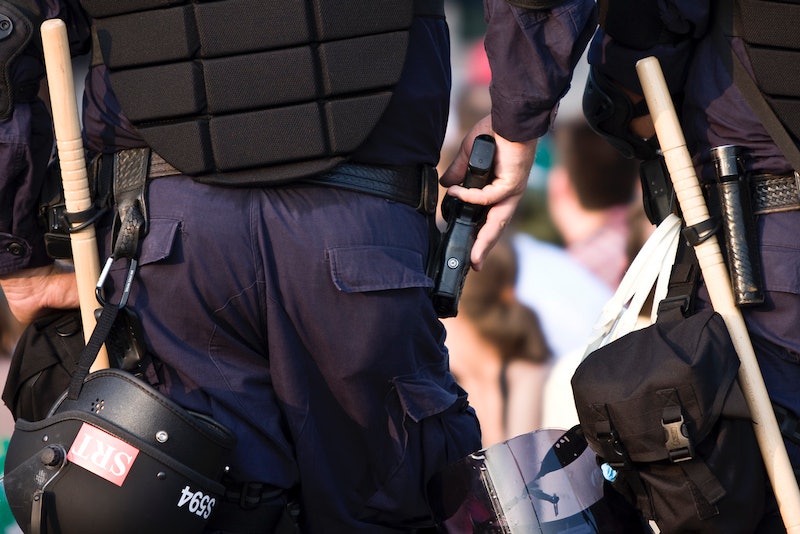 Texas authorities on Friday identified the Arlington Police Officer who shot student Christian Taylor as Brad Miller, a 49-year-old police trainee who had never fired his weapon before, according to a report by the Associated Press. Police also indicated that Taylor, a 19-year-old football player at Angelo State University who had a relatively clean record (with the exception of a single misdemeanor), was unarmed at the time of the shooting, which occurred in the early morning hours on Friday after authorities responded to an alleged burglary at a nearby auto dealership. Miller was subsequently placed on administrative leave pending a full investigation.

Police confirmed that Miller had been with the force since September 2014. Since graduating from the police academy in March, Miller's official record was devoid of any disciplinary actions or commendations, and he was working as a field trainee under another officer's supervision, police spokesman Sgt. Paul Rodriguez told The Dallas Morning News. Rodriguez added that Miller had claimed he shot Taylor after the two became engaged in an "altercation", and that Miller's administrative suspension was not atypical of someone in his situation.

"That’s standard across the board for us for anybody involved in a deadly force situation," said Rodriguez.

In a news conference on Saturday evening, Rodriguez explained that, contrary to rumors being circulated on social media, Miller was a "fully-trained" regular officer, not a trainee, who had been capable of making his own decisions during the call.

"... Should a police officer in field-training defer a decision to their field-training officer before acting? No," replied Rodriguez in answer to a reporter's inquiry on response procedure. "They are fully-trained, fully-empowered police officers for the state of Texas by the time they graduate [from the] police academy". He added that the in-field supervision under which Miller had been operating had simply been part of "formalized" on-the-job training that was a typical part of all employee certification.

Miller was part of a host of responding officers who arrived on the scene where private security had reported Taylor was allegedly burglarizing the Classic Buick GMC on Collins Street. Video footage from the dealership's surveillance company, Stealth Monitoring, supported law enforcement claims that Taylor had broken the windshield of a vehicle on the lot and had subsequently driven his car into the dealership's glass front door. After a group of officers surrounded the premises, Miller and his field-training officer, who has not yet been named, approached Taylor, who they said was "roaming" the interior of the building freely.

Video footage of the altercation which officers claimed followed next was not released, although Rodriguez on Saturday confirmed that Miller had pulled his firearm and shot four times at Taylor, who was struck in the "neck, chest and abdomen", according to early medical reports. Miller's partner also fired a Taser at Taylor, but it was unclear what the sequence of events between the two officers had actually been.

"I can confirm that Officer Miller was the only officer that [fired a] shot," said Rodriguez, who added that misstatements about Miller discharging his weapon within 1.5 seconds of approaching the scene were "completely inaccurate."

Little other information on Miller has been released by police, however a preliminary interview with investigators has been scheduled, according to standard protocol, said Rodriguez. Bustle has reached out to authorities for public personnel records on Miller and is awaiting a response.