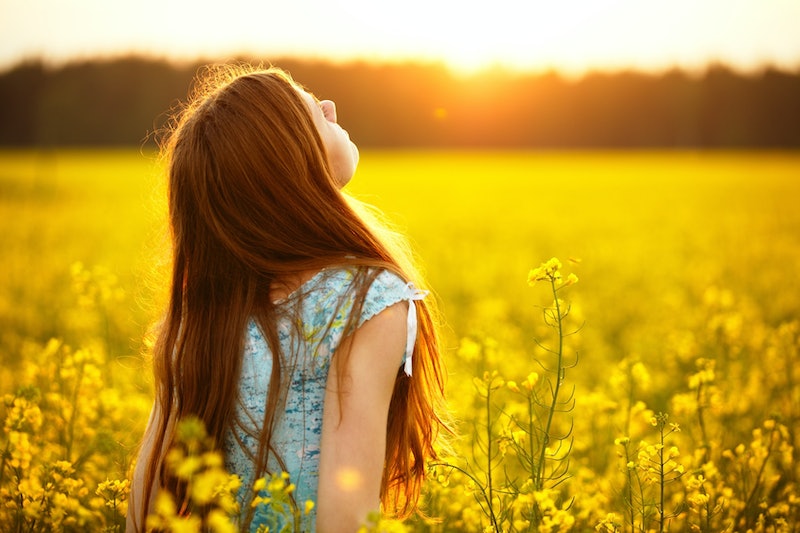 Have you been limiting your sun exposure this summer? How much vitamin D do you need, really? It seems medical consensus has changed on this issue. Now, the powers that be think that you probably aren't getting enough sunlight (or vitamin D). Scientists from the University of California, San Diego, Creighton University, Boston University Medical Center, and the Medical University of South Carolina (among others) have agreed in a research paper published by the Journal of the American College of Nutrition that sun exposure is the best way to take your vitamin D, and that Americans aren't getting enough.

The scientists emphasize in their new report, Sunlight and Vitamin D: Necessary for Public Health, that "we urge the US Surgeon General's office and other public health entities to do the work needed to recommend UV exposure levels that are both beneficial and safe, and which favor scientifically-researched information over current cultural norms." But "current cultural norms" against sun exposure came from — you guessed it — our doctors, who I guess cried wolf when they told us that sun is all bad. Oops.

Does that mean that you should throw all caution to the wind and never wear sunscreen again? Of course not. There are multiple goals in mind here, on different time frames. Your need for vitamin D is ongoing. Your need to avoid a sunburn is usually short-lived, like during a beach day during the height of summer. Even if sunscreen does sort of prevent you from getting vitamin D from the sun, that is sometimes the best trade-off to make. If you have a special condition, like tuberculosis or a circadian rhythm disorder, more sun might make sense for you. It just depends.

As for me, I avoid sun exposure during peak times (and wear sunscreen) because of a family history of melanoma, the most dangerous form of skin cancer. Since just five sunburns raise your melanoma risk by 80 percent, the chance of a burn is much worse than foregoing a little vitamin D, especially in my case. On a daily basis, I try to wear sunscreen on my face to prevent aging and wrinkles, but I don't wear sunscreen to protect myself from exposure when walking to and from work or errands. This time amounts to perhaps an hour or less per day, and I might tan a smidgen but I don't burn from it. Then, it's worth it to get the sun-induced vitamin D.

I also take a vitamin D supplement just in case, because it's really cheap and has no side effects. Since vitamin D is basically a miracle substance for us humans, you should cover your bases! However, even if the supplement does some good, our bodies (depending on ethnicity) have evolved to be used to some sun exposure. We want to avoid cancer especially due to longer modern life spans, but basically, there's no need to spend all your time indoors or completely covered. By following some common-sense sun exposure tips you can balance your need for vitamin D with your skin's health in the right way for you. If you're not sure of how much sun to get, there's even an app for that called dminder, so you really don't have any excuse for a vitamin D deficiency anymore — despite sometimes contradictory recommendations from medical authorities.