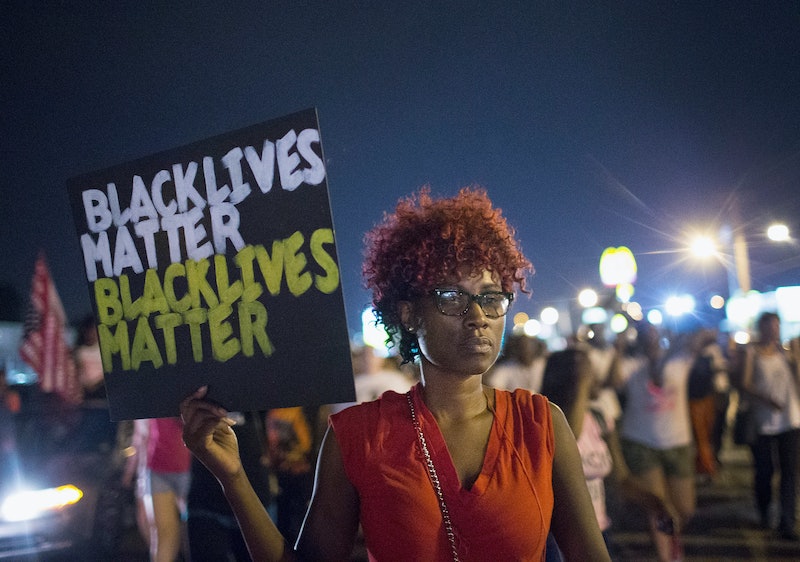 It's been a year since 18-year-old Michael Brown was killed by police in Ferguson, Missouri, and on the anniversary of his death responses to the Ferguson Taught Me hashtag show the widespread impact that Brown's death had on America. The tweets range from angry to heartfelt, but each is part of a larger dialogue about racial tension and police brutality that was sparked by Brown's death.

After Brown was shot by police officer Darren Wilson, his body was reportedly left in the street for four and a half hours. Anger over Brown's death triggered weeks worth of protests and riots, and sparked subsequent protests across the country. The #BlackLivesMatter movement gained enormous traction during the protests, and has continued to capitalize on the momentum of Ferguson to grow the movement throughout the last year.

While thousands gather in Ferguson, New York, and other cities across America to march in remembrance of Brown, the hashtag allows those at home to reflect on the past year. Many responses discuss the impact that social media has had on creating movements, spreading information, and getting individuals involved. Others are sad, pointing out the names of those who have died in the past year. But most are powerful, reflecting on recognizing privilege, realizing systemic racial divides, and reflecting on what still needs to be done.