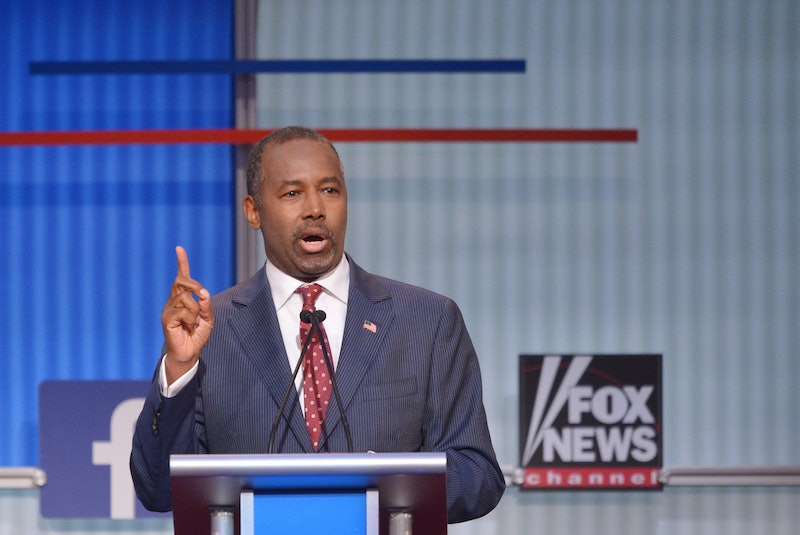 During the first GOP debate, Ben Carson touched a bit on his medical history as a prominent pediatric neurosurgeon. The doctor retired in 2013 to pursue his political ambitions. His previous career spanned decades, however, and his contributions to the field of pediatric neurosurgery are still being felt today. They include the implementation of such pioneering techniques as imaging technology that allows doctors to practice their surgeries as well as the separation of twins conjoined at the head. Carson was the first to successfully complete such an operation in 1987 on Patrick Binder and Benjamin Binder. So who are the conjoined twins Ben Carson separated?

The Binders are twins from Ulm, Germany, who were seven months old when they underwent surgery to be separated. Conjoined twins who are typically attached at the skull — or craniopagus twins — rarely survive past their second birthday, thus the surgery was a chance for Patrick and Benjamin to have longer and healthier lives. There was incredible risk to performing the operation, as the twins shared a critical vein in their brains: the sagittal superior sinus, which drains blood from the brain as well as cerebrospinal fluid. Carson and a team of 70 Johns Hopkins Hospital medical professionals worked for 22 hours straight to complete the operation.

It's during that operation that Carson began perfecting the technique slowing down patients' bodies to prevent additional medical complications and make it easier to separate shared veins. The twins' blood was drained, their hearts stopped, and functionality of their brains limited. By allowing little, if any, blood to course through either twin, the risk of fatal blood loss was slightly reduced. The lengthy surgery was still a bit of a gamble and ended with Carson and his team electing not to reconstruct each child's new skull. Miraculously, the twins survived and have been living independently despite brain damage associated with the operation. They have since undergone a considerable amount of procedures and are said to be "neurologically normal," according to The Des Moines Register.

Carson continued to perform such surgeries throughout his medical career, including a successful operation in 1997 to separate craniopagus twins who were connected at the top of the head and an attempt to separate adult craniopagus twins in 2003, which was ultimately unsuccessful. In addition to being the first surgeon to separate twins conjoined at the head, Carson was also the first surgeon to perform surgery while a child was still in the womb, a point he a touched on during the GOP debate as well.