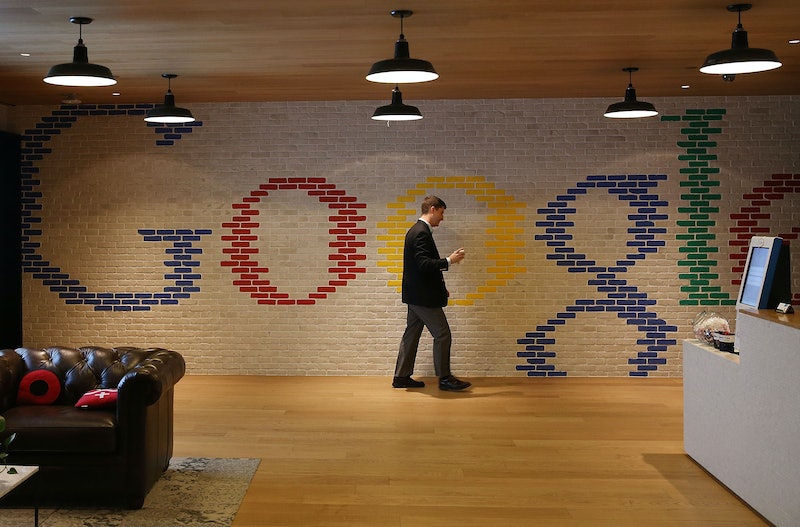 In a blog post on Monday, Google CEO Larry Page announced the company's next big step forward, detailing a new parent company called Alphabet, which would serve as an umbrella for Google and other off-shoot projects like Nest, a wi-fi enabled thermostat company, and Calico, a research and development biotech company established by Page in 2013. The move was meant to revise the current corporate structural balance, which has undergone drastic changes over the past few years. It's a bold gesture that signals yet another important evolutionary step in the company's emerging future, and is exactly the sort of thing that Page and his colleagues need to set themselves apart from the crowd.

"As (Google co-founder) Sergey (Brin) and I wrote in the original founders letter 11 years ago, 'Google is not a conventional company. We do not intend to become one,'" wrote Page on Monday. "Our company is operating well today, but we think we can make it cleaner and more accountable. So we are creating a new company, called Alphabet ... a collection of companies."

Alphabet will act as an over-arching network and will be run by Page and Brin, wrote the founder. Google itself would continue innovating on its own, with several unrelated companies humming alongside, such as the aforementioned Calico and Nest, as well as Life Sciences (which "works on the glucose-sensing contact lens"), and "X" — the engineering lab which previously gifted techies with such gems as the Google driverless car and Google Glass, and is currently working on a drone delivery system called Wing (similar to Amazon Prime Air).

Google's own leadership will also undergo a massive change, said Page on Monday. Former Chrome and Android chief product manager Sundar Pichai has stepped in as Google's new CEO, a role for which Page said Pichai was more than suited.

"Sundar has been saying the things I would have said ... for quite some time now, and I’ve been tremendously enjoying our work together," wrote Page. "He has really stepped up since October of last year, when he took on product and engineering responsibility for our internet businesses ... [and we] feel very fortunate to have someone as talented as he is to run the slightly slimmed down Google."

As The New York Times pointed out on Monday, the change in direction couldn't have come at a better time, with investors and consumers alike expressing wariness at the seeming loss of focus among Google's top brass. With the company attempting to expand its borders beyond web search capabilities and internet browsing, paired with the slow, but inevitable demise of networks like Google+, it had become clear that a revamp of the overall organizational hierarchy was needed.

The move will separate the several layers currently built under Google, with services like Maps, Chrome, YouTube, and Android OS remaining within its walls, and Google Ventures, Fiber (the high speed internet service), and X being transferred horizontally. The changes, Page and Brin hoped, would allow for greater focus on what consumers really wanted, rather than leadership getting distracted by unique and extraneous projects.

Put simply, it's as if Page has stuck both hands into the wires and rerouted everything into several new directions. Alphabet will also act as the puppet-master for any and all current or projected ventures, and will replace Google as the publicly-traded entity on the Nasdaq stock exchange listings.

"Fundamentally, we believe this allows us more management scale, as we can run things independently that aren’t very related," explained Page, who admitted that he and Brin were still getting used to the name-change. "We've long believed that over time companies tend to get comfortable doing the same thing, just making incremental changes, [and] in the technology industry, where revolutionary ideas drive the next big growth areas, you need to be a bit uncomfortable to stay relevant."