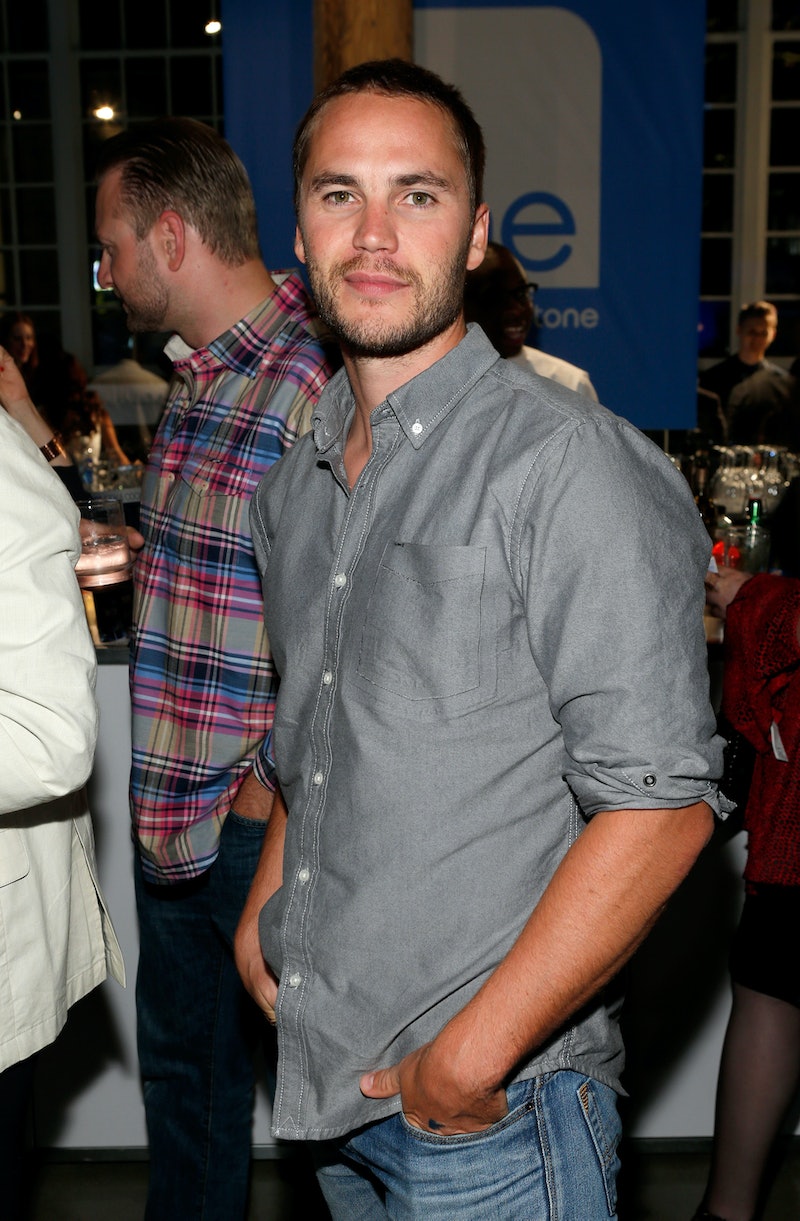 Taylor Kitsch is one lucky guy. After starring in two of the most critically panned, financially disastrous movies of the decade (John Carter and Battleship), one would think that the actor's career would be all but dead. Yet the public refuses to give up on him, allowing him way more than chances than a typical actor would get to prove that he's worthy of our time. Why? Because he's Tim Riggins, one of the most beloved characters from Friday Night Lights. Everyone knows you don't give up on a Panther. So despite the missteps, we're still rooting for Kitsch's success, hoping to see our favorite FNL alum make it as a full-fledged movie star. His newest movie, Lone Survivor, is his biggest shot yet at making it in Hollywood. Early reviews have been promising, and in interviews, Kitsch has been putting on the charm like nobody's business. His latest interview, with Vulture , is no exception — here are five things we learned about the man behind #33:

Apparently, the most telling difference between Kitsch and his Friday Night Lights character is a pretty big one: the real-life guy can't pay football to save his life. Says Kitsch, "I'm Canadian — give me a hockey stick, I'm good, but a football?" According to the actor, his biggest skills are things Riggins would have ridiculed to no end: Card-playing. Photography. Foreign accents. Who knew Kitsch was so low-key?

2. He transformed his body for The Normal Heart.

For The Normal Heart, Ryan Murphy's upcoming drama about the AIDS crisis, in which Kitsch plays an activist, the actor lost twenty pounds and rocked blond, blown-out hair. The transformation was more than physical, though; in order to play a 1980s, in-the-closet Citibank exec battling AIDS, Kitsch got an "education." He admits that it was an "insane" change for him, "but being out of your comfort zone is why you become an actor."

Every other word in the interview is "fuck" or "fuckin'". On Lone Survivor: "it fuckin' crushed me." On getting in shape: "it took a fucking insane amount of discipline." On The Normal Heart: "fuckin' eighties, right?" You get the gist. We have a feeling that Kitsch's love of cursing is a trait he likely shared with his FNL counterpart.

Says Kitsch, "in retrospect, I'd do them all over again. I mean, 'Andrew Stanton is a multi-Oscar winner and he wants you for this movie'? I was like, yeah! Or Pete Berg with Battleship. I love working with him, and hopefully I'll be lucky enough to engage on another film down the road."

Okay, that was a little harsh. But when asked if he would do a Friday Night Lights movie, he said "no, period. I'm not doing it. I'm never gonna be in that movie." Doesn't he realize that an FNL movie would be a beautiful, perfect thing? We'll forgive him, though, because we're too busy crying over Peter Berg's comments earlier today that the movie is likely a no-go. Seriously, guys, doesn't anyone want to see Riggins all grown up? Anyone?!