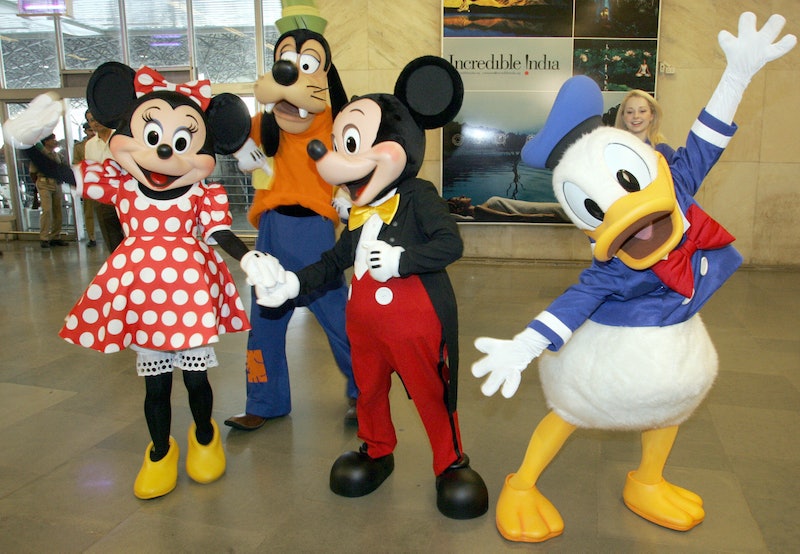 One is a businessman-turned-politician who likes to ruffle feathers. The other is an anthropomorphic duck who is covered in feathers. But that's where the differences end, really. Both have a penchant for making unfiltered, explosive, and oftentimes vitriolic statements about the people around them. Both are public figures whose every word comes under heavy scrutiny. And both sound absolutely nonsensical when they talk. I'm talking about Donald Trump and Donald Duck, two Donalds who share not only a first name, but also a love of provocation. In fact, the two speak so similarly that their words are often indistinguishable.

Pre-campaign, Trump already had a history of making incendiary comments, targeting everyone from President Obama to Ariana Huffington to even Kristen Stewart. But now, his distinct brand of psychobabble is world-famous, as he makes wholly inappropriate comments on foreign countries and dismisses accusations of misogyny by making even more misogynistic comments from a much more scrutinized platform.

As for Donald Duck, he's always had an anger management issue, and often takes his fury out on Goofy and Mickey Mouse. Besides his temper issues, Donald Duck is also known for being money-obsessed, a trait he inherited from his uncle, Scrooge McDuck. So it seems Donald Duck and Donald Trump are truly cut from the same cloth.

To better illustrate their uncanny similarities, below are 10 unattributed quotes from either Donald Duck or the Donald. Can you guess who said each quote?

"So you jackass, I'm gonna knock you good!"

Donald Duck made this threat in the 1937 movie Don Donald, which stars the talking duck as a — get this — Mexican version of himself.

"I’m now going to teach you a big boy lesson ... you ungrateful dog!"

The Donald made this threat to rapper Mac Miller after he released a song titled "Donald Trump."

"Part of the beauty of me is that I’m very rich."

In 2011, when Trump was considering running in the 2012 election, he explained on Good Morning America why he would consider running independently if he didn't secure the nomination. Talk about foreshadowing.

Donald Duck dropped this nugget of wisdom in the 1951 movie A Christmas For Shacktown.

He might be a beloved Disney character, but he wasn't the most socially progressive in terms of his treatment of women — er, female ducks.

"It must be a pretty picture, you dropping to your knees."

And the same can definitely be said about Trump, who said the above quote to Brande Roderick, a former Playboy Playmate and a Celebrity Apprentice contestant.

"Am I glad to be a citizen of the United States of America!"

Donald Duck appeared in the 1943 American propaganda film Der Fuehrer's Face, in which he dreams he is a factory worker in Nazi Germany.

"I am the only one who can make America truly great again!"

Trump made this declaration when he teased his campaign back in March.

"We have a disaster called the Big Lie!"

Never one to shy away from charged remarks, Trump compared Obamacare to Nazi policy in his campaign announcement speech.

"I might as well be in a concentration camp!"

Apparently, the Disney duck has the same penchant for making inappropriate comparisons to Nazi Germany.Images: Giphy