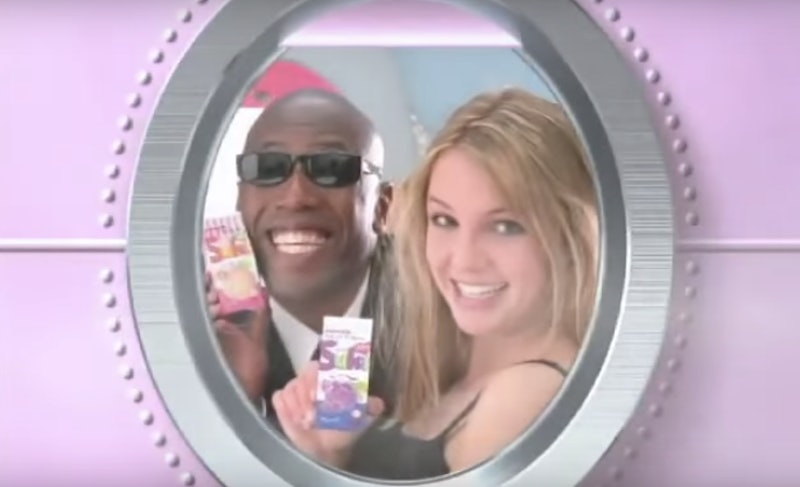 Here's the thing: Sometimes celebs go overseas to discreetly film some strange commercials that may be a little out there, but pay insanely well (and sometimes they're not even foreign commercials, but that's another story). But here's the other thing: The Internet will find them, unearth them, and post them to YouTube for literally everyone's viewing pleasure. So, all of those A-listers who are out there hustlin' for a little slice of that money pie, just remember that the Internet will hunt down your crazy celeb commercials and everyone will rejoice.

Truth be told, it's kind of amazing to see your fave stars totally stretch themselves as actors/people/general human beings and do something a little bit on the wackier side. Sure, there are commercials that are strange just because of the product (like a certain former boy bander who is now touting hair loss products), but then there are those who fulfill dreams we never knew we had, like Snoop Dogg straight-up crooning from a refrigerator and Hulk Hogan singing a catchy little ditty about air conditioners. #LifeGoals, right?!

Check out some of the most oddly hilarious celeb commercials below.

Because this was a thing that happened and it will now be stuck in your head for the rest of the summer.

4. Ben Affleck Attempting To Con His Way Into A Girl's Heart Via Burger King

So shady, Ben Affleck. So shady.

5. Ben Stiller Freaking Out About Some Kind Of Sparkly Drink

From the random cheerleaders to the dubbed-over voice, this one is pure gold.

Am I the only person who actually thinks this could be a rom-com trailer?

8. Snoop Dogg Literally Coming Out Of A Refrigerator

Clad in tails, a tux, and an LOL-worthy wig, Snoop starts serenading some poor kid on the kitchen floor. I think this is a commercial for a cell phone or something.

9. Madonna Being A Japanese Version Of Herself

This '90s-era Japanese commercial starring Madonna would probably considered offensive now. Either way, it's a weird one.

10. Nicolas Cage As A Cowboy Who Dances With Robots

Thank you, celebs. Or maybe not because I can never un-see these...