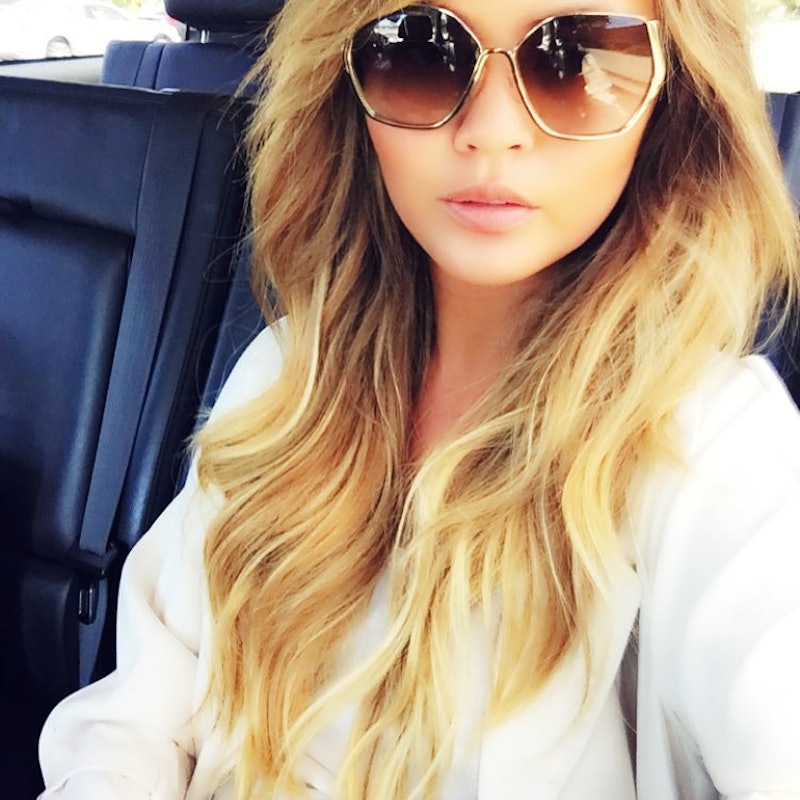 Like most industries, and the fashion industry is certainly no exception, the hair trade is for women, powered by women, and run by men. In a new show called Hair Peace, one women explores the creation, exploitation, and profit of human hair.

According to Hair Peace founder Victoria Melody, in an article in The Guardian, hair extensions imported into the U.S. are often grown by women who cut and sell their hair for religious or financial reasons, at best. The factory workers who process the hair are often exploited into unfair working conditions, and like the women who sell their hair, partake in the industry out of necessity. While it's a booming industry, it is unregulated. The rally cry for fair trade and human working conditions does not reach the business, leaving consumer's unaware of the origin of their products.

"As with all my work, I’m not here to provide answers but to provoke more questions. It’s easy to say that only superficial people wear hair extensions, but it’s more complex than that," said Victoria Melody. Her curiosity about hair extensions began during her pageant queen days.

"During my reign as Mrs Brighton, I underwent total metamorphosis. I became other people’s idea of the perfect me. Hairdressers told me that my own hair was dry, fine and, basically, crap. To obtain that beauty queen look I needed hair extensions. They then proceeded to glue human hair into my human hair. “Where is this hair from?” I asked. The hairdresser told me she didn’t know, but it was OK, it was just like wearing another woman’s knickers that have been washed. I said: 'No, it’s not. It’s more like wearing another woman’s real fingernails.' She screamed."

To learn more about Melody's journey to create Hair Peace, read her article on what she learned during taping the show and why it changed her views on hair extensions.