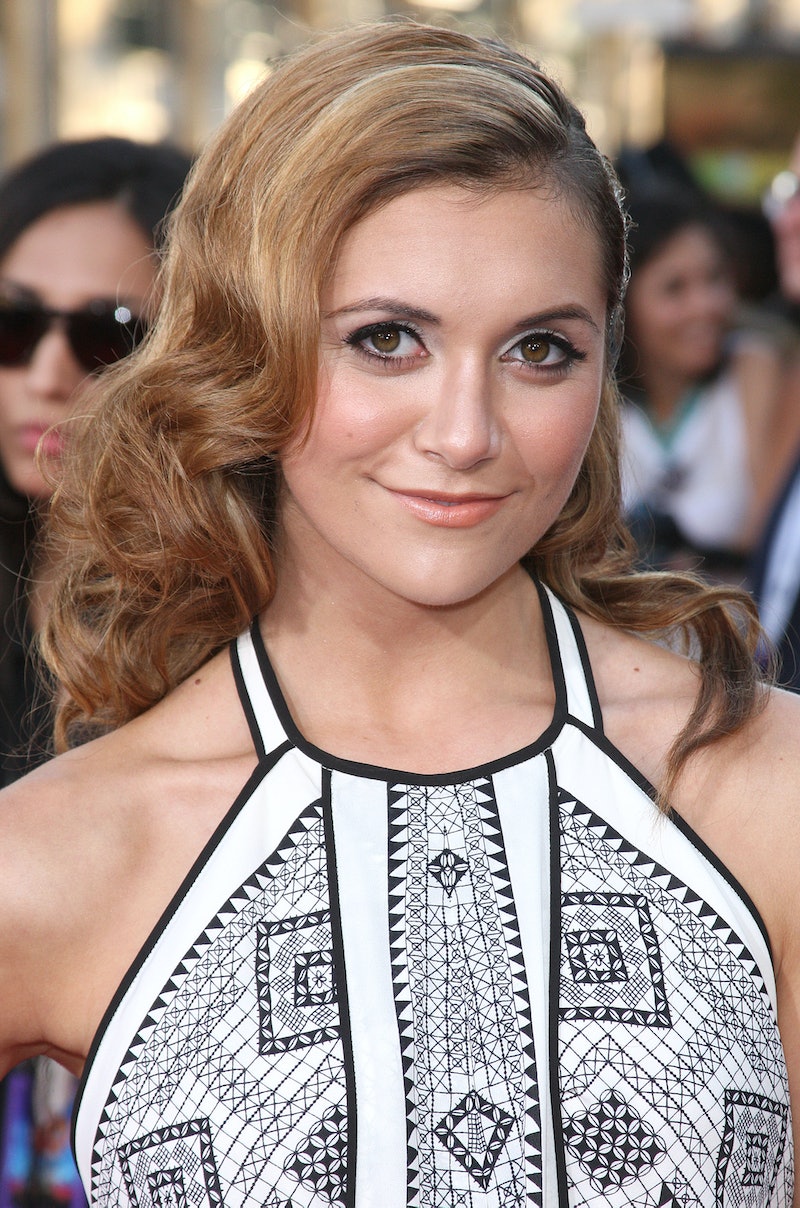 As I sit here working hard on my Bustle posts, the allure of Amazon keeps pulling me away. I have an order ready to go, filled with goodies that I'm sure will just make my life that much closer to perfect, but I can't submit the order. Why? My credit card bill, which gets more and more out-of-control the more "perfect" my life becomes. Wouldn't it be great to have a wealthy benefactor to take care of these bills for me? Then again, there are always catches in those sort of arrangements. Still, that's the choice facing Katie Woods in Lifetime's new movie Sugar Babies, which premieres on Aug. 15. Katie has to decide between staying a broke art major, or letting an attractive, possibly swoon-worthy older man pay for her art history trip to Florence (with some definite strings attached). Sounds real enough, but is Sugar Babies based on a true story?

While sugar baby/sugar daddy relationships are very real, there isn't one specific pair that informed the movie. Still, I'm sure it will keep you hooked, so here are some things that are true about Sugar Babies:

The Stars Aren't That Far Apart In Age

Read anything about Sugar Babies, and you'll hear that Giles Panton plays James, the older man who wants step in, be the sugar daddy, and fix all of Katie's woes — which seems icky, until she starts to fall for him. Thing is, it's not that weird that Katie would fall for James; IRL, they're not that far apart in age. Alyson Stoner, who plays Katie, is 22 and Panton is 32. She looks much younger (and is playing younger to be a college student), and he looks a little older (but really not that much to my mid-thirties eyes).

It Is Not A Sequel To Sugar Daddies

You might ask yourself: "Didn't I see this one already?" No, you must be thinking of Sugar Daddies , a totally different Lifetime movie that aired earlier this year. Completely separate things. In that one — also not based on a true story — the main character is named Kara, not Katie. And she's studying law, not art. See? Totally different! Other than that, yeah, a friend lures her into the world of sugar baby/sugar daddy relationships and she gets involved with an older man (but, you know, actually older this time) to pay the bills. Fine, it's the same damn thing. But, hey, one good turn deserves another, right?

There's Some Truth Behind It

Many Lifetime movies are exaggerated cautionary tales, but there is a grain of truth in this one. Some real-life sugar babies are proudly discussing their experiences, inspiring columns like "7 Secrets To Success From A Sugar Baby," which ran in the Huffington Post this May. There was even a Sugar Baby Summit in New York City this past June for people looking to get into the game. If Katie had attended, she would've known what she was getting herself into.

You don't think of Lifetime movies as having soundtracks with any import, but Stoner performs a song, "Pretty Girls," for the opening. "[The song is] about the power of beauty in culture and how women use it to get their way," she told Billboard. If only her character could've released a single like that, she could've paid for her own trip to Florence.

And There's More On The Way

Digging "Pretty Girls"? Stoner has more music on the way with her upcoming teen musical, Summer Forever , about three friends spending one last weekend together before they go off to college. "My favorite part about this film is that I finally got a chance to do solo numbers, where I really showcase all of what I have been growing into as an artist: vocally, dance-wise and acting," Stoner tells Digital Journal. Whether or not those three friends take up sugar baby relationships remains to be seen.