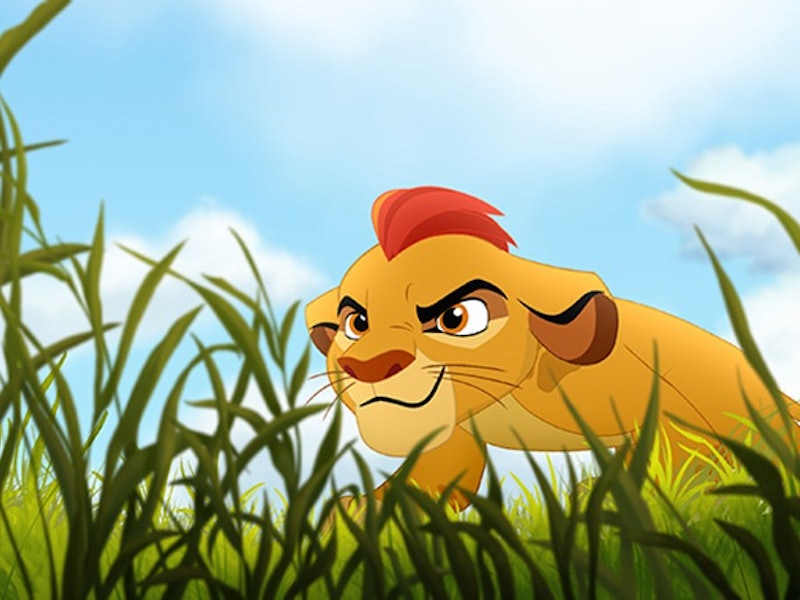 In a move that will simultaneously thrill and petrify millennials, Disney is currently working on a Lion King spin-off movie (and TV series), which recently cast Rob Lowe and Gabrielle Union, is entitled The Lion Guard. The film, The Lion Guard: Return of the Roar will debut in the fall of 2015 and the TV series will follow shortly after in early 2016. Though many are displeased that Disney is messing with such a classic film, I remain optimistic that this Lion King spin-off will shut down its critics for a few reasons.

It is my opinion that my generation is incredibly opposed to change which is ironic, given the ever-changing technology-fueled era that we live in that is constantly morphing and undergoing transformation. It seems as if everything we once knew and loved as a kid is outdated and rendered obsolete by the new trends and technologies that have come to the fore. We just want to hold on to the little bit of childhood we still have left. Read: don't mess with our Lion King.

I can't deny, I was skeptical of The Lion Guard at first too. But the more I thought about it, the more that I realized that this Lion King spin-off is poised to be a great film and TV series and we should embrace rather than shun it.

It's The Lion King Meets The Avengers

No, seriously. Disney Junior general manager Nancy Kanter literally said, “It’s kind of like The Lion King meets The Avengers." So this means they have to bring in Tom Hiddleston, right? Riiiiiiiight?!

The Lion Guard: Return of the Roar just added the talented Rob Lowe and Gabrielle Union to its cast and that can only spell great things for the film.

Even more exciting than Rob Lowe and Gabrielle Union's addition to the cast is the returning cast members of James Earl Jones and Ernie Sabella, who will be returning to play their original roles from The Lion King as Mufasa and Pumbaa, respectively.

We need to absorb what the great zen masters taught us in the original Lion King. Hakuna matata. It means no worries (for the rest of our days). Stressing out about whether the new Lion King Disney Channel movie will suck is so not hakuna matata of us. Lighten up and have some faith, y'all.

Even the worst movie can be helped along by a killer soundtrack. Disney has a pretty decent track record when it comes to music and I feel like The Lion Guard has a good chance of being a new sing-a-long fave of yours.

The original Lion King shares more than a few central themes with Shakespeare's Hamlet. Perhaps this new Lion King installment will feature another shout out to the Bard. They could do a Twelfth Night rendition a la She's The Man. Or channel some Titus Andronicus and really freak the kids out.