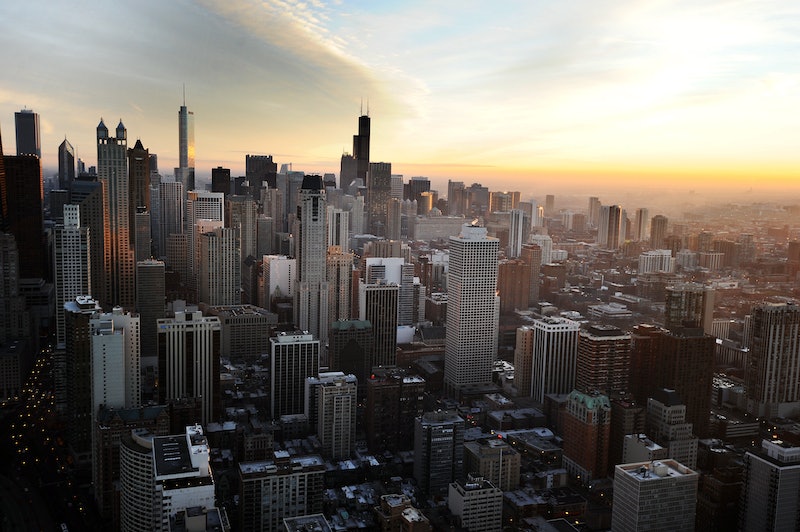 A year after the fatal shooting of 18-year-old Michael Brown, protests erupted once again to commemorate his death and intensified after Tyrone Harris, also 18, was shot in Ferguson by the police, and other black protesters were arrested. Harris has been charged with multiple counts of assault on law enforcement officers, armed criminal action, and shooting at a motor vehicle, according to NBC News, but the violence brought up the same issues of police brutality and racial tension from a year ago. Since Brown's death, race has been a major topic of discussion in Ferguson and the surrounding St. Louis area, as the region remains very segregated. Missouri isn't the only state with segregation problems though; a lot of major U.S. cities have distinct areas where different races largely live. So, what are the most segregated cities in the U.S.?

The federal Section 8 voucher program, which helps low-income families pay for housing, was intended to give the poor (who are more likely to be minorities, according to the Kaiser Family Foundation) the ability to live in more expensive and higher opportunity neighborhoods, but according to The New York Times, the program hasn't been very successful in making neighborhoods in Ferguson and around the country more diverse.

Here are the top 10 most segregated cities in America, which prove that the country hasn't conquered housing integration yet.

Along with being the seventh most diverse U.S. city, Chicago is the most segregated. It's almost perfectly one-third non-Hispanic white, one-third black, and one-third Hispanic, though housing among the different races isn't very mixed.

With a population of almost 500,000, Atlanta is more than 50 percent black. According to a 2003 University of Wisconsin study, only 8.8 percent of Atlantans lived on integrated blocks 12 years ago and this map shows how segregated the city still is.

Milwaukee, which is 66 percent white according to U.S. Census data, is partly so segregated because blacks didn't start moving to the city in large numbers until the 1960s, when its industry started to collapse. The lack of jobs caused a lot of tension among blacks and whites, and the city's housing has remained largely separate.

Philadelphia is 45 percent white and 44 percent black, but a map of housing in the city shows that most blacks live almost exclusively on the west side of town.

Despite all the attention Ferguson and St. Louis have received because of Brown's death and the subsequent protests, it's not the most segregated city in the country. But divided neighborhoods is still a very real problem.

The nation's capital does not set a good example when it comes to integrated housing. With a population that's almost 50 percent black, according to the U.S. Census, most black residents live on the east side of town, and most white residents on the west.

After Freddie Gray died in police custody in April, sparking violent riots, racial tensions in Baltimore became a national discussion. The city's population is 63 percent black, according to U.S. Census data, and as the Economic Policy Institute researcher Richard Rothstein wrote in The Washington Post, the protests stemmed from a deeper issue of segregation and systemic racism.

A lack of mixed neighborhoods in Baton Rouge, which is almost equally black and white according to the U.S. Census, is leading to segregated schools. The wealthier, mostly white part of town even tried to form a new city last year so that the residents could have a separate school district entirely.

Cleveland's population of nearly 400,000 is 53 percent black, and while it ranks as the ninth most segregated city in terms of housing, a 2015 study by the University of Toronto Rotman School of Management ranked it the worst for economic segregation.

New Orleans' racially segregated neighborhoods became apparent during Hurricane Katrina, but it didn't start or stop then. The city's black residents, who make up 60 percent of the population, still largely live in black-only neighborhoods.