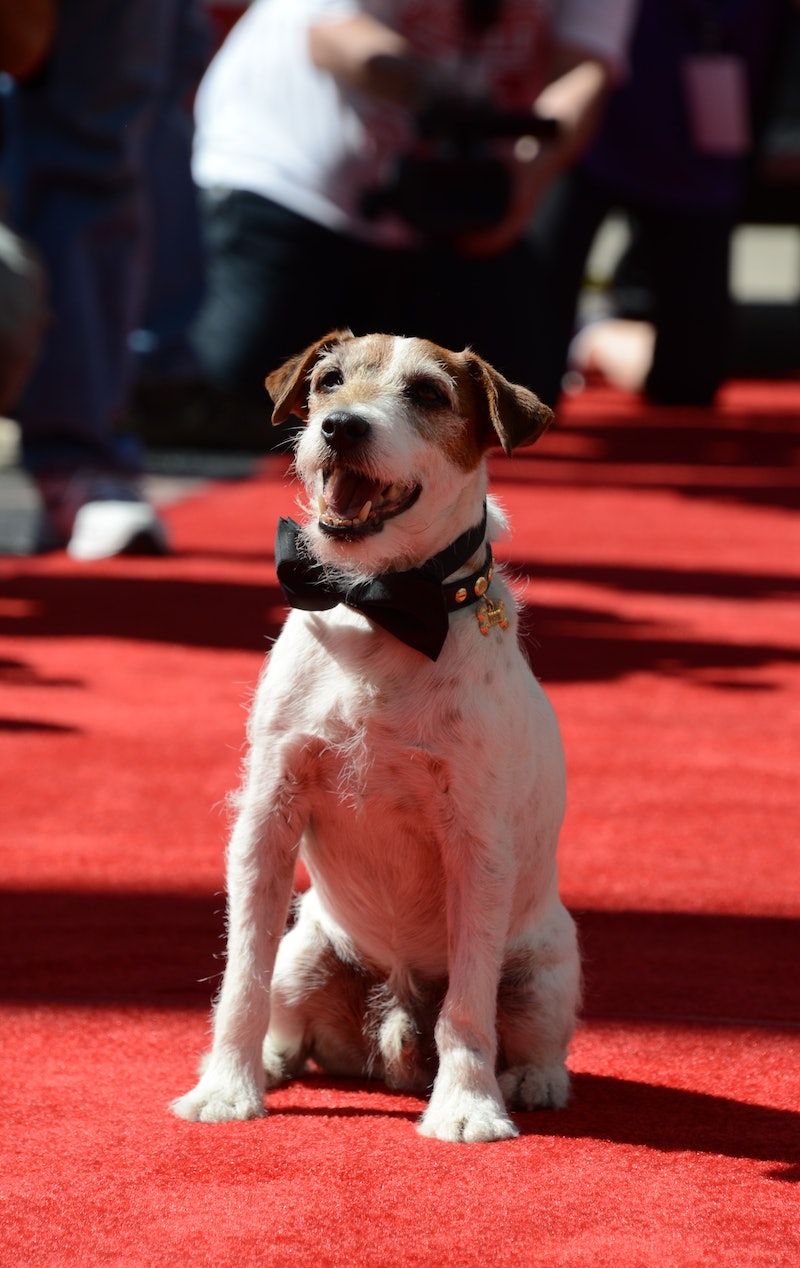 Very sad news was announced on Wednesday: The canine star of The Artist, an adorably talented Jack Russell Terrier named Uggie, has passed away. According to The A.V. Club, Uggie was suffering from prostate cancer, and was put to sleep at the age of 13 — which is a long, full life for dogs. His owner, Los Angeles animal trainer Omar von Muller, posted the sad news on Facebook, along with pictures and memories of his spectacular life. "We regret to inform to all our friends, family and Uggie's fans that our beloved boy has passed away," Von Muller wrote. "In short, Uggie had a cancerous tumor in the prostate and is now in a better place not feeling pain. Thank you for your support, I will not be reading any comments for a while as it is too painful at the moment."

Uggie received many accolades during his 13 years on earth. In 2011, the prestigious Cannes Film Festival awarded him the Palm Dog Award which, as the title (a spinoff of the Palme d'Or Award) suggests, honors the best dog actors in film. The organization posted a farewell message on their official website, saying, "This was one special little Jack Russell who gave pleasure to millions. What a supreme cutie among cuties." He was the cutest of the cuties, indeed. Additionally, Reese Witherspoon, who worked with Uggie in Water For Elephants, posted a tear-jerking tribute to the canine actor:

To honor Uggie's memory, here are six of his best moments, from a life full of incredible ones.

This adorable video from Von Muller shows Uggie riding in a limo, sitting in first class, and taking on the press tour after The Artist was released — aka, living the good life. Von Muller also takes the opportunity to promote dog adoption.

Uggie With Jean Dujardin In The Artist

The Jack Russell Terrier had great chemistry with his costar Dujardin, as indicated in this supercut. The film won many Oscars — so, by extension, Uggie did too.

Uggie On The Red Carpet

When he officially retired from acting, Uggie was honored by having his "paw prints" imprinted at the famous TCL Chinese Theater in Hollywood.

Uggie On Key And Peele

We all know Uggie was a great actor, because he took on challenging roles and was never afraid of playing the antagonist.

In this clip, Uggie shows off all his tricks, and even gives Ellen a little kiss.

Uggie truly was a special dog — and also just a really awesome actor, regardless of the species. I will miss him dearly.