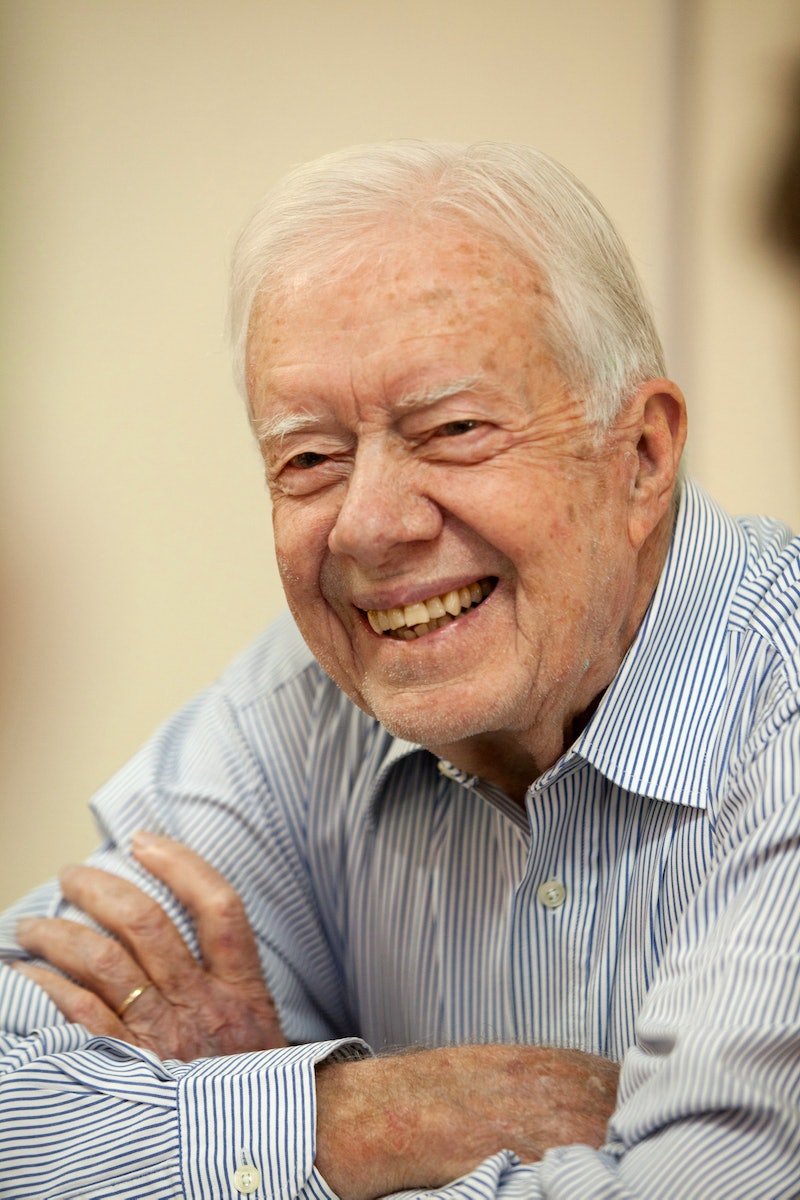 Soon after former President Jimmy Carter announced he has cancer, politicians reacted to the news with support and encouragement via Twitter. Carter, who is 90 years old, made the announcement on Wednesday that a small mass had been removed from his liver during a surgery earlier this month. Though he hasn't commented on the severity or type of cancer, he did indicate that it is spreading to other parts of his body.

According to CNN's Sanjay Gupta, the former president may be at risk of pancreatic cancer, which claimed the lives of his father and three siblings. Carter, who was in office from 1977 to 1981, is one of only four living former presidents. He is the second-oldest, after 91-year-old George H.W. Bush. Carter had previously been in good health and active with humanitarian work through his organization the Carter Center.

Shortly after the announcement, President Obama spoke on the phone to Carter and released a statement wishing the best for the former president.

Our thoughts and prayers are with Rosalynn and the entire Carter family as they face this challenge with the same grace and determination that they have shown so many times before. Jimmy, you're as resilient as they come, and along with the rest of America, we are rooting for you.

Other politicians quickly followed suit, taking to Twitter to express support for Carter and his family.