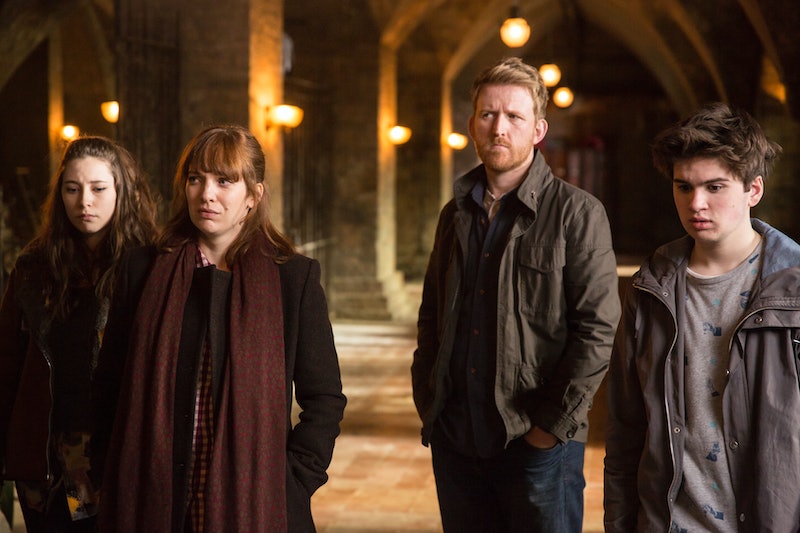 I wouldn't mind having a robot—excuse me, a Synth—around to do my chores for me. Hell, I'd even settle for a Roomba. But I can understand the lurking feeling of dread that some people have about AI, as well as the prevalence of sci-fi movies where technology becomes the enemy. Still, a little bit of robotic help goes a long way, is all I'm saying. So, when it comes to Humans, the Synth-filled drama that airs its finale on Aug. 16, has the human race had enough? Or will AMC renew Humans for a second season?

Looks like the robots win this round: AMC has already announced that the show, which is co-produced with Channel 4 in England, will return for Season 2. Whether or not this was the decision of human network executives or a hack by the Synths doesn't really matter, right? The bad news: The series doesn't even begin production on the next eight episodes until 2016, according to Slashfilm. Luckily, we're living in a golden age of AI movies, and if you're interested in the fictional repercussions of artificial intelligence, here's what you can watch in the meantime.

One of the best movies of 2015 so far, Ex Machina boils the AI conundrum down to three people: Nathan, a genius, Steve Jobs-like inventor of a robot (played by the always excellent Oscar Isaac); Caleb, Nathan's employee, who's brought in to test the robot for signs of real artificial intelligence (Isaac's upcoming Star Wars co-star Domhnall Gleeson); and Ava, the robot herself (The Man from U.N.C.L.E.'s Alicia Vikander). Ava gives the impression that she's fully sentient and wants to flee with Caleb—but does she really have feelings for him, or is she programmed to act like that?

The Avengers: Age Of Ultron

Like you needed a reason to re-watch this other than Robert Downey Jr. as Tony Stark. But remember that the main villain gets his murder-all-humans inspiration from achieving true artificial intelligence and connecting himself to the Internet. (We've all had days where the Internet makes us hate humanity, its just that Ultron takes that feeling way further.) I don't know about you, but I think that James Spader's voice is such a weird, interesting choice for a murderous robot — Ultron even has Spader's unusual head-tilt when he talks — I'd definitely give this one another look. And, if you're really in a Marvel mood, Captain America: The Winter Soldier touches on AI, too, albeit in a much weirder, retro-futuristic way.

There's not even a robot body in this one — just the dismembered, artificially intelligent voice of Scarlett Johansson, who plays a Siri-like operating system that Theodore Twombly (Joaquin Phoenix) falls in love with. But would he have had the same reaction if the voice sounded like someone else?

This Johnny Depp-starring movie seeks to answer the big question: What happens when you can upload a human consciousness and connect it to the entirety of the world's knowledge? Will that entity become so powerful that it must be destroyed? It's such an interesting premise but, sadly, the movie is not very good. Mull over the question in your mind, and you'll have just as satisfying of an experience.

This is a cheat — there are no actual robots in this USA network TV show. But if Synths and AI make robots act like humans, it might be just as entertaining to watch a human act like a robot (in the form of being an elite hacker). Plus, the titular Mr. Robot is played by Christian Slater, my very first boyfriend (if only in my mind).

If only there could be some kind of Mr. Robot/Humans crossover in Humans Season 2 — I want Slater to be all over my TV.