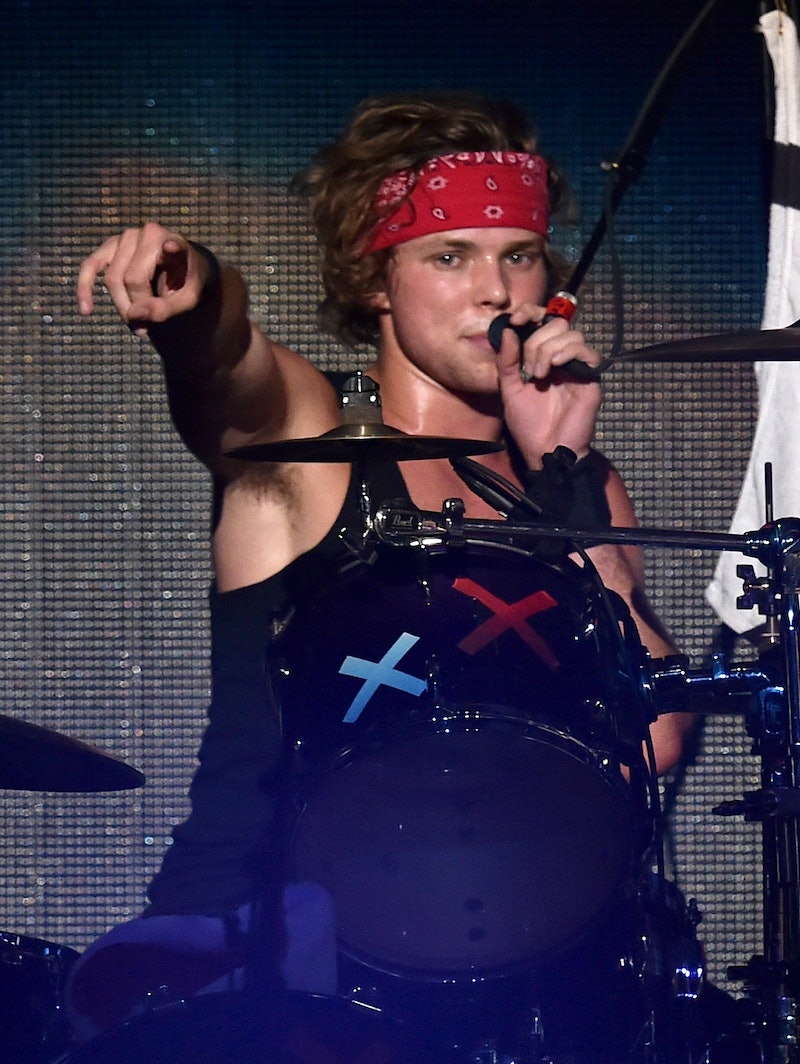 At long, long last, 5 Seconds of Summer drummer Ashton Irwin finally has his own solo on "She's Kinda Hot," the pop-punk perfection that is the band's brand-new single. (If you haven't listened to this Good Charlotte-esque gem, please do yourself a favor and change that immediately. Damn right, Sounds Good Feels Good.) To add onto all of the Ashton Irwin excitement in the 5SOS fam, the Aussie musician also confirmed what fans have known for quite some time: he is dating Bryana Holly, a lil tidbit of information that slipped out when he was talking about how he and his GF once spent a couple of days in a desert. So, who is Ashton Irwin's girlfriend Bryana Holly?

Well, apparently she's the kind of lady who will go on a desert vacation with a hunky Australian drummer, although she probably has that in common with the majority of the world (or at least the majority of the 5SOS fan base). And she'll even make sure that Irwin makes it home in time to write hit songs like the band's new single.

"I went into the desert with my girlfriend at the time for two days or something, and I was like 'Okay, I have to be back by Monday morning because I have a writing session at John's,'" Irwin told Rolling Stone in July of the "She's Kinda Hot" writing sesh with executive producer John Feldman and Benji and Joel Madden. Fortunately for us all, the drummer made it back in time, so we should probably all be bowing down to both his watch and attentive lady friend for that miracle. (By the way, while Irwin does say "girlfriend at the time," Holly and Irwin have been spotted spending time together since.)

Here's a little more information about that lady friend to get you filled in on just who she is.

Let's cut right to the chase here: Bryana Holly is a model. And if you're really interested in all of her modeling stats (I'm talkin' measurements down to her shoe size) you can check 'em all out on her management's website.

2. And Not Just A Model — She's Also A Playboy Playmate

Playmates.com even describes Holly as a "popular beach babe [who] will have you downloading the Playboy app in no time." Let's be honest, it's probably the number one app on Ashton Irwin's phone.

According to the Daily Mail, Holly dated Brody Jenner in 2013. Her Instagram actually used to be chock-full o' Brody Jenner pics until she apparently deleted them following their breakup.

Bryana Holly isn't from Australia like her 5SOS beau. Instead, she's from Orange County, Calif. Good thing they both really freaking love the beach.

Interspersed between her oft-Instagrammed, jaw-dropping modeling shots are kind-hearted, inspirational quotes like the one above.

7. She & Ashton Irwin Are Super Cute

Some fans might debate this, but there's no denying that Holly and Irwin are super sweet together. (And even though I am old enough to have been Luke Hemmings' babysitter, if this were him and his GF, I'd probs feel a little jealous too.) Just look at 'em!