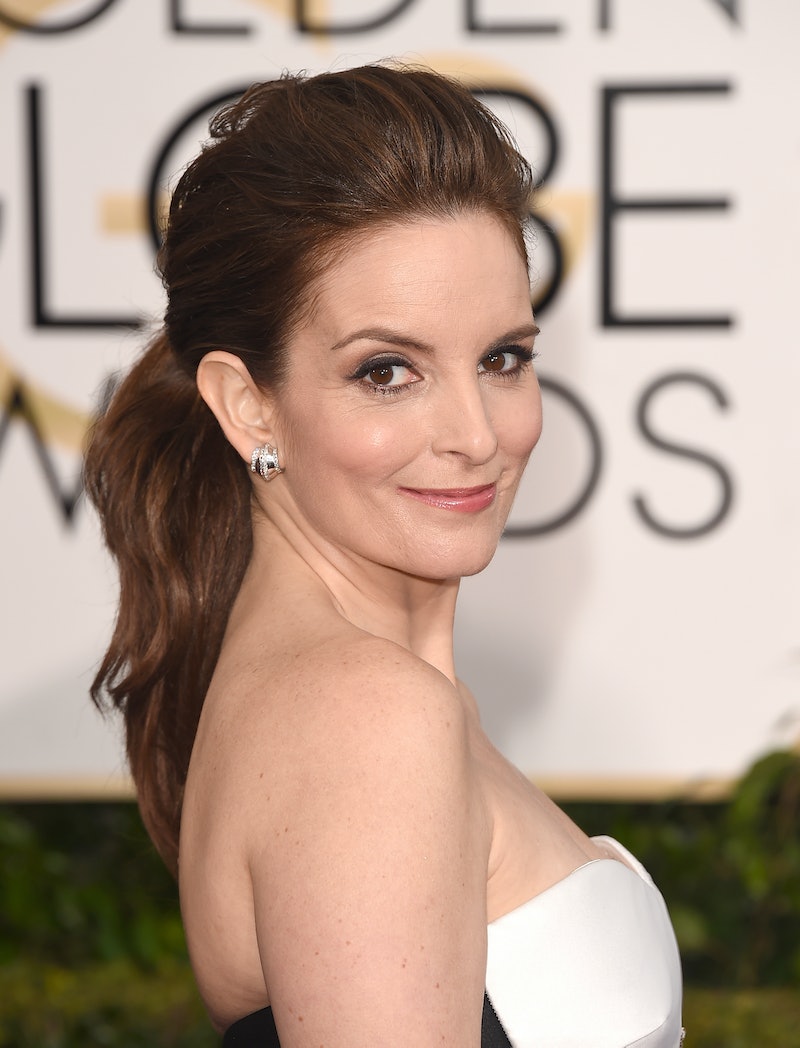 It looks like we have another small win for women in comedy. Thursday it was announced that NBC picked up a new comedy produced by Tina Fey — aka, the perpetual badass HBIC — and her 30 Rock partner-in-crime Robert Carlock. If that isn't exciting enough, Emmy award winner Tracey Wigfield of both 30 Rock and The Mindy Project fame is the creator behind the project. So... what does this all mean, and what can we actually expect from this show besides high quality writing?

According to Variety, the actual premise of the plot focuses on a "millennial woman" whose life gets flipped and turns upside down when her mom from New Jersey starts interning at the network she works at. So, from that, I gather it's BASICALLY like if my mother started interning at Bustle, except nothing like that.

In any case, with all of our nominal collective knowledge, and my extensive studies on Fey produced shows (I'm not saying I watched Unbreakable Kimmy Schmidt in a day and a half but... I'm exactly that) I THINK I can gather what this show has in store for us.

So here's a quick rundown of everything we should expect from this promising new show.

I get the feeling that our new millennial protagonist will be high on ambition, maybe a bit neurotic — more of a Liz Lemon than a Kimmy Schmidt, if we have to pick sides. At the end of the day, I'm sure she'll have some stand-out characteristics that will make her unique, but a sort of bold resilience will be a necessity.

We know the mom resides in New Jersey, but if eight years of commuting has taught me anything, it's that Manhattan is a stones throw away. A highly inconvenient and expensive stones throw away, but a stones throw away none the less. My guess is that the cable network will be in New York, and filming will be prominently there. Because where else would they film a Fey-produced show? Bonus points if it's in Times Square or something awful like that.

3. An Array Of Quirky Characters

And, really, "quirky" doesn't even begin to cover it. We're talking full on eccentricities. You've all seen the "Peeno Noir" video — nothing less than that.

4. Plenty Of Digs At Pop Culture And/Or The Television Industry

If Fey has any involvement, there's no doubt her Saturday Night Live side will shine through in some way and we'll get some sort of satire saturated within the show. Also: it's about a cable network, so duh.

It won't be the focal point of the show, but inevitably it will be the cherry on top.

He seems to be living up all of his comedy cameos recently, he's appeared in both 30 Rock and The Unbreakable Kimmy Schmidt , and what can I say? A little Hamm goes a long way, you know?

Obviously. It's Fey-produced, and she's the same woman who brought us Mean Girls, Liz Lemon, and Kimmy Schmidt!

That aside, it goes without saying that I'm truly excited to see what Fey and company have ready for us!