Dr. Pepper: The beverage for those whose wildly trendy bowl cut hairstyle just isn’t working for them anymore. In a TV spot for Dr. Pepper, a young man walks down a street in a city where everyone — human, canine, billboard for an action movie, and so on — sports a bowl cut coiffure. After he chugs the soft drink that packs 23 flavors into one can, the bowl cut’d man realizes he’s sick of being another bowl cut in a bowl cut’d world. If I’ve learned anything because of this ad, it's name of the ditty that plays throughout the commercial. Thanks to my BFF 4 LYF Shazam, I now know the song in the Dr. Pepper barbershop ad is “Left Hand Free” by alt-J. The track can be found on 2014 album This Is All Yours.

Actually, that's not the only thing I learned. Here are two additional important takeaways: a) Pooches look hilarious in bowl cuts, and b) we should always drink Dr. Pepper before we ask that our hairstylists/barbers/dog groomers not shape our hair underneath a dish that's meant for cereal. Yummers.

Anyway, "Left Hand Free" is a jam definitely worth cranking up the volume for, so let's get to the listenin'. We have a bit of a Choose Your Own Adventure situation on our hands: The indie band released two videos for the song. Which video will you watch first?

And on that note, I'm off to go scour the world wide web for pictures of dogs with bowl cuts. 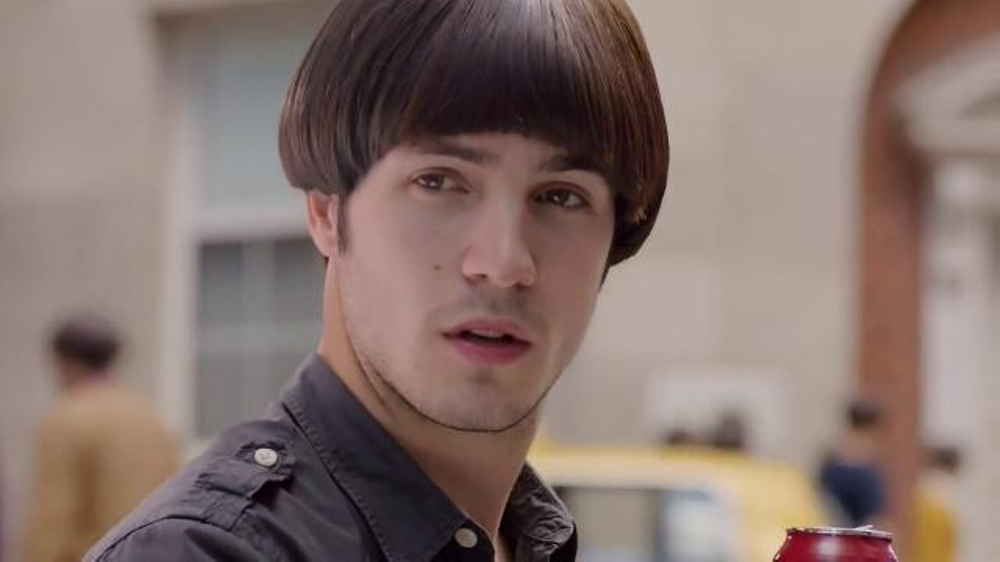