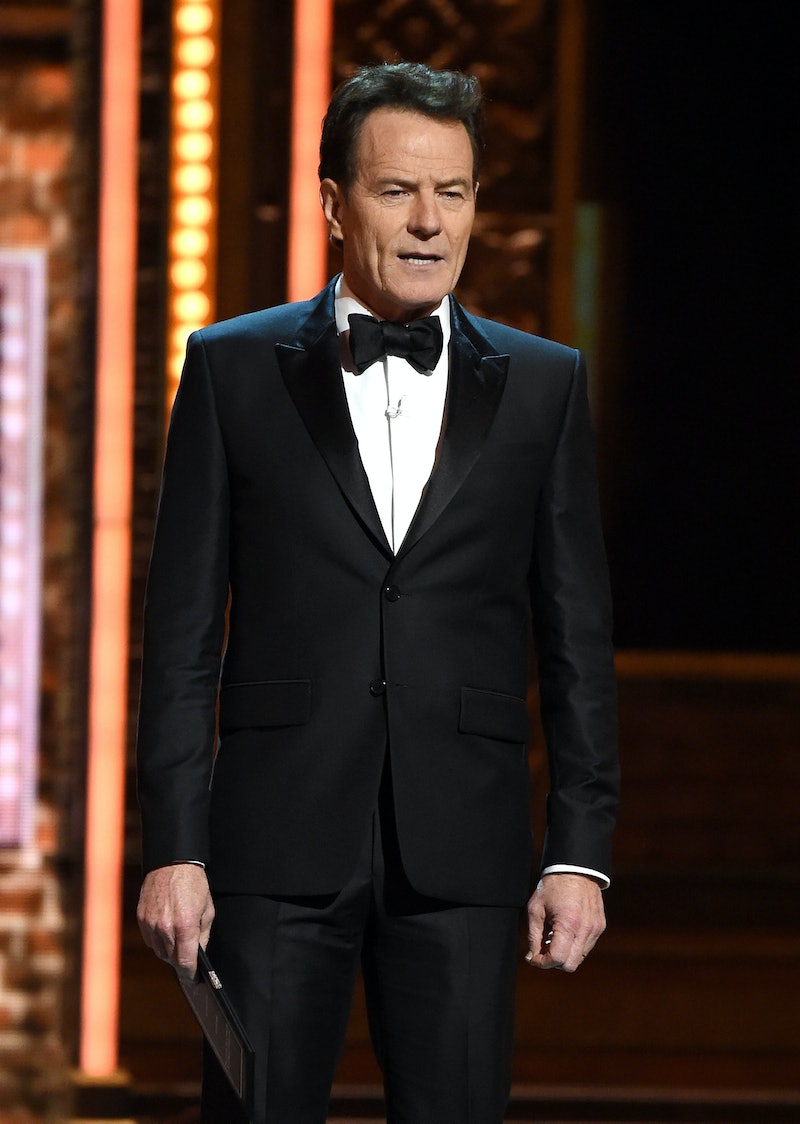 After Breaking Bad, Bryan Cranston has kept busy. He's starred in everything from big budget movies like Godzilla to TV miniseries like All The Way. His next role, too, is another historical figure: in the new trailer for Trumbo , Cranston is Dalton Trumbo, a blacklisted historical screenwriter famous for his hit movies and feisty personality.

The biopic takes place in the '40s, and is directed by Jay Roach — the same man who helmed Meet The Parents and the Austin Powers movies — with a script written by John McNamara. In addition to Cranston in the titular role, it features an enviable cast playing those closest to the writer, including Helen Mirren, Diane Lane, Louis C.K., and Elle Fanning. It looks like a great period piece, aided by the fact that the historical source material is already so good.

Trumbo is one of the most controversial figures in show business history, with a legacy that has often been changed and contested. One of the infamous Hollywood 10, he was one of the artists who was fired and shunned for supposed involvement with the communist party. His story is one that highlights a controversial time in American history, as well as on the inner workings of show business. Here are some of the details the trailer reveals about his life.

He Was Fairly Well Off.

As Louis C.K.'s character mentions in the trailer, Trumbo was a successful screenwriter, and unusually good at benefiting from the system he criticized.

He Had To Testify In Court About His Alleged Communism.

And did not play along.

He Lived In A Time When Hollywood Cracked Down On Suspected Communists.

The list of those deemed unhirable for being suspected communists were listed on the "Hollywood blacklist."

He Was Himself Blacklisted.

Meaning he was deemed unhirable.

But He Continued To Write.

As Mental Floss pointed out, under a pseudonym.

He Spent Time In Jail.

As The Hollywood Reporter reports, he served 11 months.

He Wrote Roman Holiday In Secret.

And, as the New York Timesreports, his screenwriting credit wasn't restored until 2011.

This movie looks like it has it all: Great cast, exciting period setting, and relevant themes about censorship and the intersection of art and politics. It's scheduled for release on November 6.