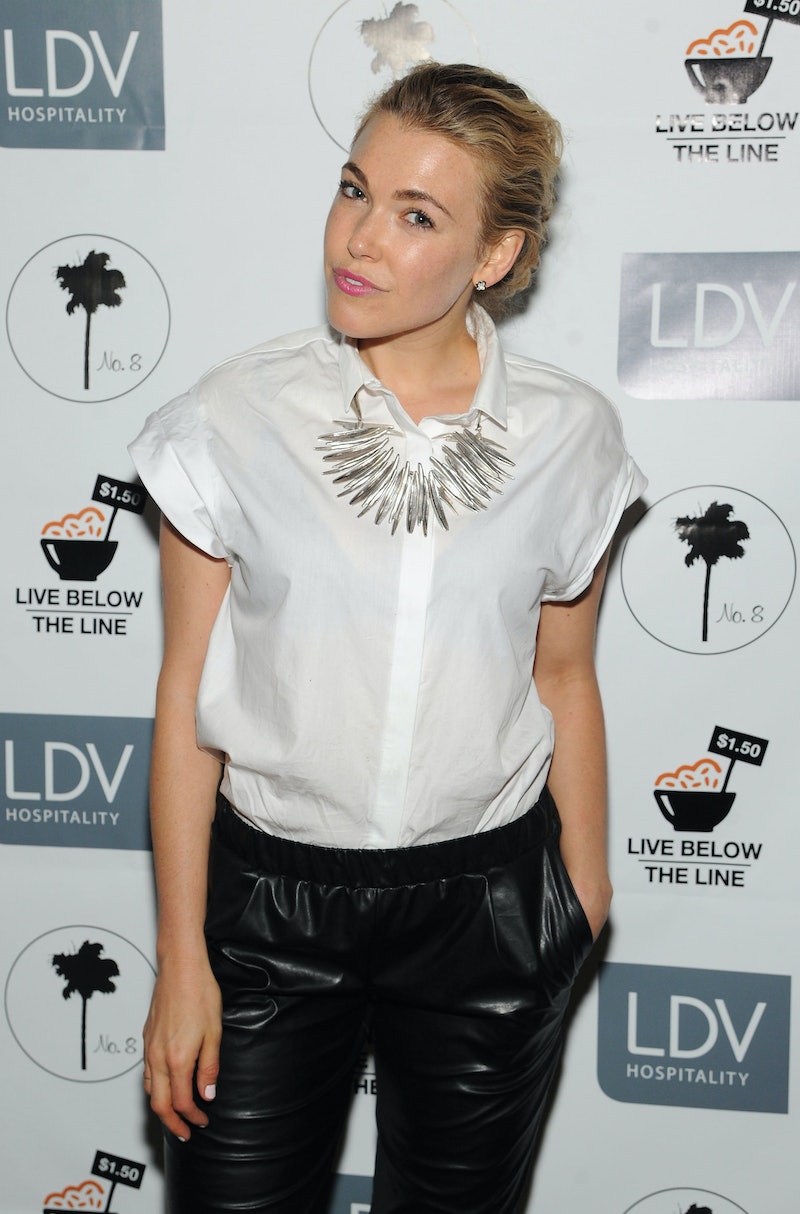 You're forgiven if you have never heard Rachel Platten's name before. But even if the name sounds unfamiliar, you have definitely heard her voice on the radio. The singer is behind a certain strong-willed anthem you blast on the way to the gym or while studying for your latest exam. Rachel Platten is the singer-songwriter behind "Fight Song" who is now in the midst of planning her major label debut.

Platten, who is set to perform at the Teen Choice Awards on Sunday, Aug. 16, took a lot of time working — and fighting — for her words to be heard before reaching her current level of success. The Boston-born powerhouse dreamed of taking the stage from an early age but did not start actively pursuing music as a career until she finished college. The International Relations major began writing, forming a band, and performing in New York City clubs in the early aughts. She later decided to embark on her own "tour" by calling small coffee shops around the country who would allow her to perform in their space. It's a far cry from where the 34-year-old has been this year — she performed alongside none other than Taylor Swift in a sold-out stadium in front of 50,000 people. Of course, this never would have happened without her quite literal "Fight Song."

Platten released "Fight Song" in the spring of 2015, which catapulted her voice and talent to a mainstream audience. She said she actually wrote the song in a low point in her career, when she was experiencing a lot of self-doubt in her dreams and goals. Of "Fight Song," Platten said to Billboard ,

There weren't a lot of signs to keep going. But something in me — this tiny little crazy voice — would not let me quit. That song was the apex of that moment where it was like, "You are not quitting. If nobody else believes in you, you have to believe in yourself."

The song, which first slowly gained a following on YouTube, was picked up by the hit TV series Pretty Little Liars, which helped it slowly peak into the mainstream as it made its way on the radio. "Fight Song" also appears in a commercial for the 2015 Ford Edge. Before long, Platten had the attention of Taylor Swift, who does not hesitate to gush about her love for the song. So what's next on the horizon for Platten following the Teen Choice Awards? She's signed with Columbia Records and has penned a whopping 150 potential songs in light of her debut album, which she says will be out to the public before the end of 2015.

So in other words, if you haven't heard her name before today, be prepared to start hearing it a lot more now!