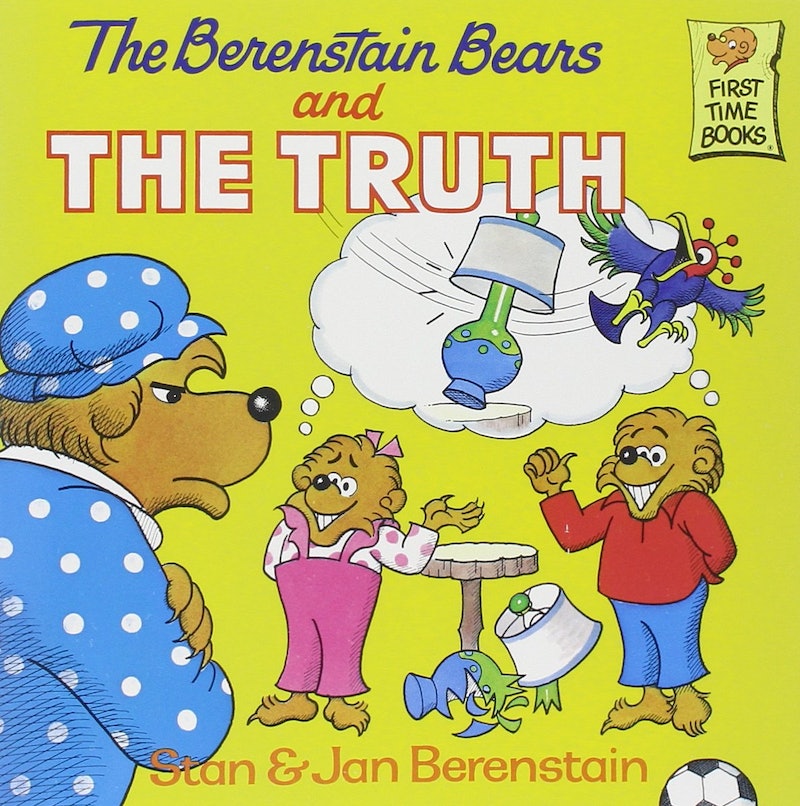 If you remember reading The Berenstain Bears as a kid, you might be from a parallel universe: After rappers/music producers Run the Jewels began tweeting about different spellings of the "Berenstain Bears," they brought a long-held conspiracy theory to widespread attention... and people are freaking out over it.

So, what's the big deal about a series of children's books featuring cute bears? Well, some people are convinced that the bears' last name is spelled "BerenstEin," though the correct spelling is actually "BerenstAin." According to conspiracy theorists, this is a result of the "Mandela effect," aka when large groups of people misremember information, subsequently proving that parallel universes exist and people are constantly slipping between them. Another theory states that a time traveler went back in time and created a ripple effect, causing the spelling change. Does this mean that Back to the Future is actually coming true?

Well, not exactly. In an email to MTV news, Dr. Howard Wiseman (a professor from Griffith University in Australia) claims that the theory "is far easier to explain through psychology (memory is fallible) than through people slipping between parallel universes." So... you're just remembering it wrong. Though Wiseman has argued in favor of the existence of parallel universes in some of his published work, he goes on to say that the "Berenstain Rift" isn't sufficient evidence of the conspiracy: "I don’t see anything in our theory, or any physics theory of parallel universes, that would lead to the effect where huge numbers of (but not all) people end up in a universe where their memories disagree with reality.”

To further crush your time traveling/parallel universe dreams, the National Post interviewed the son of the Berenstain Bears' authors, who stated that he doesn't ever remember the spelling of his name changing, though he does remember people constantly misspelling it: "If people think that old documents and old books have magically changed from one spelling to another, then people are free to believe whatever they want to believe. But it’s really silly," he says.