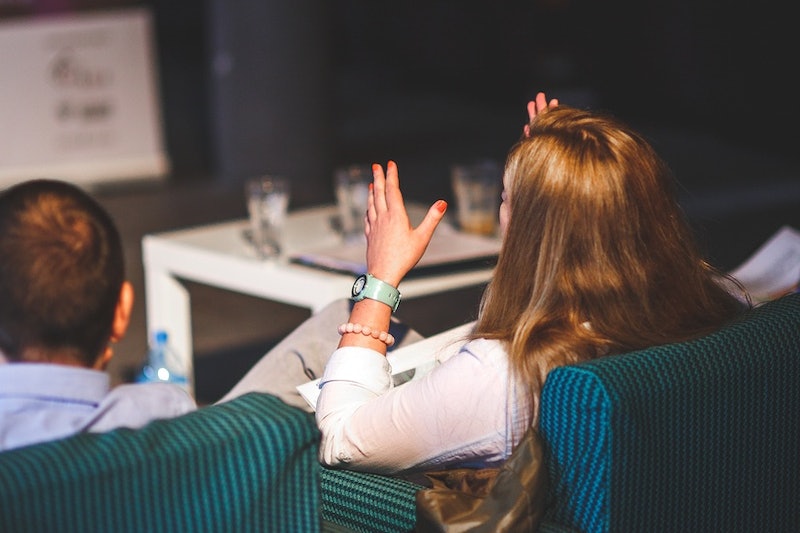 The general opinion on millennials is pretty stacked on either side: some people believe we're innovative and spectacularly, digitally adept, and7 others think we're lazy and entitled and disconnected from reality. Both arguments have at least some validity, but neither fully addresses something both seem to unintentionally point to: our generation was, in many ways, set up for failure.

We're the most educated generation in history, but also the most indebted (and less employed). We're under the silent but permeating assumption that we must be at least kind of good at just about everything. We were the kids who were told "you can be anything," and heard "you must be everything, and then some." We were inspired by ideas of greatness without any grounded practicality to understand it through. The people we admire are the runaway success stories, the people who transcended their challenges and live happily. Happiness is our gauge of success, and if we don't have it, we fake it, with pictures and status updates and the performative trappings of a life well lived.

I'm not arguing that we aren't, in many ways, entitled and disconnected, and that all of this is not the product of our own self-denial. But the other truth is that the world has not set us up with the mindset to be able to navigate what we're supposed to idealize. Here, all the reasons people will argue that we're making life too hard for millennials, and all the reasons why they might just be right:

We're Expected To Be "Good" At Everything

We're supposed to be financially set and in love and have friends and be mentally healthy and happy and on and on and on. Basically, we've given millennials little to no room to falter, and a lot of this has come about because of the digital age. We used to suffer behind closed doors, but now, we're documenting life for all to see. Because we're all inherently uncomfortable with the (sometimes unglamorous, painful, ugly) reality of our existence, we resist and police others' so we don't have to face it. We're not given enough room to falter, so when we do trip up or, you know, have a normal, thorough human experience, we're under the intense anxiety that it will end us, rather than regarding it as just a normal facet of life.

Where we once strove to be at least happily average, now, success is to be far ahead of the curve. Average is associated with "bad," if you think about it. Nobody is comforted by the idea of an average life. What was once correlated with the idea of being normal, or rather, just human and carrying on as-should-be, now comes with the implication of being less-than, incapable of truly achieving anything worthwhile.

We say that we value happiness, and that people should "do what makes them happy," but that's really only if what "makes them happy" is also socially valued and acceptable. We're just coming around to accepting and celebrating all paths' people choose, but we have a ways to go. Right now, we're between believing we must choose what we want, but also that we must be selective about it, as only some happiness is valued.

We're the most educated generation in history, and yet as it seems, the least likely to actually succeed, as we're saddled down with the consequences of the promises that we were too young to question or understand the repercussions of. Studies show that alongside this, millennials are waiting far longer to purchase property or get married, and while that may be a cultural thing (we value "settling" much less than we once did) it also raises the question: what are we doing in the meantime?

Our Parents And Relatives Still Expect Traditional Values, Despite Also Encouraging Us To Break Out Of The Norm

If this is not, at some point, the plight of the average twentysomething, I don't know what is: the frustration and pain that comes with trying to convince a family member to be more open minded or understanding of a new social norm, especially when its one that affects them directly. Millennials are pushed to exceed, succeed, innovate, break out of tradition, and yet are guilted and made to feel morally and ethically inferior by people who then question and ridicule their need to live at home while paying off debt, question their sexuality even though it's taken them years to fully accept it themselves (and will probably take many more) and so on. It feels like being shot in the foot as they try to step forward, and worse, it's all subconscious conditioning that millennials are also instructed to try to break out of (but cannot correct someone older out of "respect").

We're Instructed To Live Our Best Lives, Then Ridiculed When We Do

We are the generation that people regard as never good enough. This is a product of thinking that average is less than, but it's also the result of trying to transcend cultural acceptability and re-define a "good life" for yourself. Because we do not have a sounding board on which we can evaluate our lives (at least, not one that we trust) we evaluate ourselves by upwardly and downwardly comparing ourselves to others (hence the intense ridicule we have of one another — it stems from an uncertainty within ourselves).

As in, we were instructed that emotional awareness was something we needed to have, but all we really learned is that we should "be carefree and happy" and "not worry about what others think." And though these platitudes are valid, they're inapplicable unless you also teach kids how to use them practically. The overarching theme here is that millennials were given the tools to succeed, but not the instruction manual. Some people think we're lazy for not drafting our own copy, and others think we're wise for trying to build something new altogether, but in any case, these overly specific expectations on millennials have shaped an entire generation unique from any that came before it.