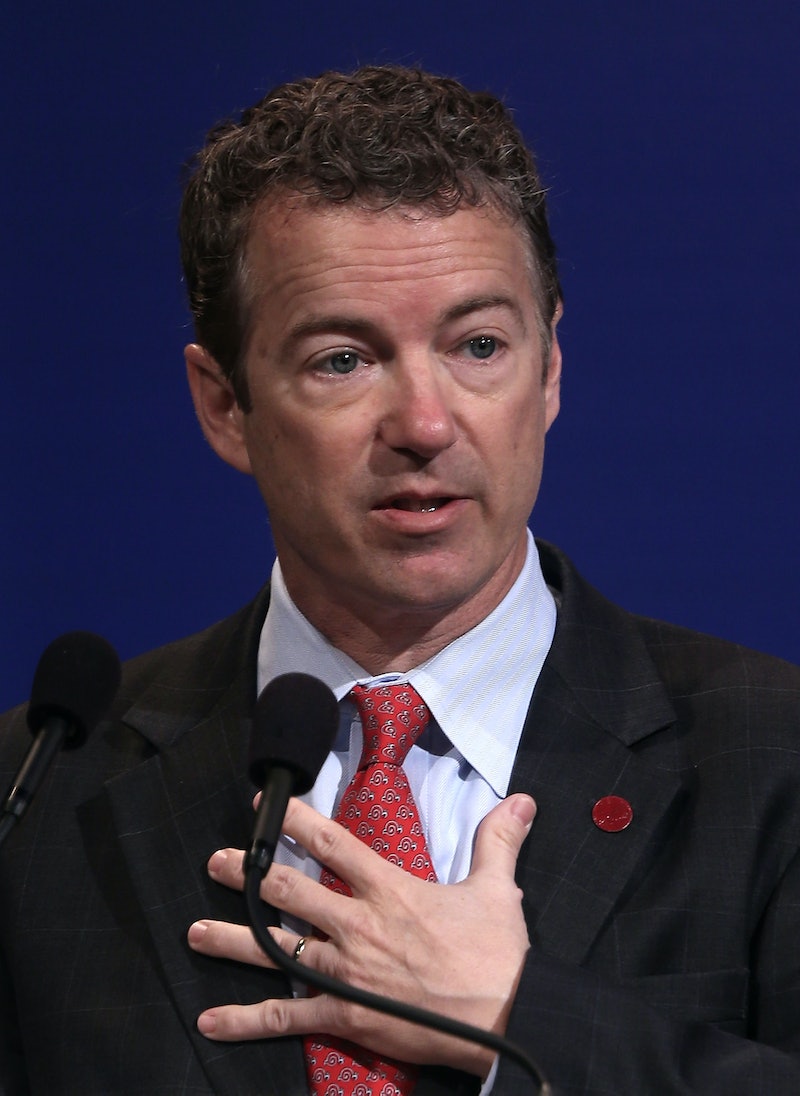 During a radio chat with Conservative commentator Glenn Beck on Wednesday, Sen. Rand Paul (R-KY) compared the Supreme Court's ruling on same sex marriage to bestiality. Paul's communications director is now saying that he used "sarcasm" with his remarks.

Beck questioned Paul about the possibility of polygamy becoming legal, which prompted Paul to make the bestiality comparison. "If you change one variable...to a man and a man and a woman and a woman, you cannot tell me then that you can't logically change the other variable...who are you to say if I am an American citizen that I can't have multiple marriages?" Beck said.

"...It is difficult, because if we have no laws on this, people take it to one extension further. Does it have to be humans?" Paul said.

Paul's communications director Moira Bagley later explained that his remarks were meant to be sarcastic.

Paul also explained what he meant during a separate interview on Fox News. "I don't think we're going on towards polygamy or things beyond that, but I do think that our country is divided on the issue...," Paul said.

Just look at that smile.

More like this
Prince William Condemns “Unacceptable” Comments Made To A Black Guest At Buckingham Palace
By Shahed Ezaydi
The David Beckham Qatar Controversy, Explained
By Sophie McEvoy
Michelle Obama Opened Up About The "Discord And Discomfort" Of Marriage
By Stephanie Topacio Long
Jennifer Garner's "Lovely Date" To A White House Dinner Was Her Daughter Violet
By Brad Witter
Get Even More From Bustle — Sign Up For The Newsletter