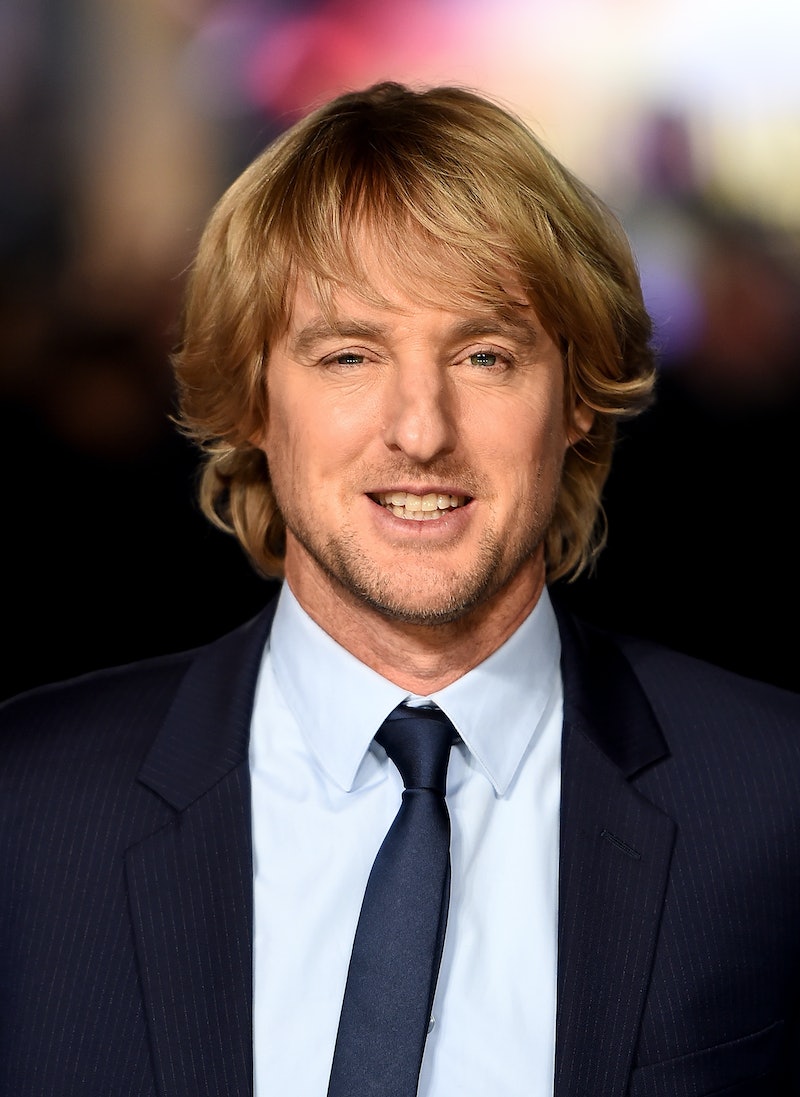 It's no secret that Owen Wilson likes to say the word "wow." Anyone who's seen even a few of the actor's films can attest to his love for speaking the word during his movies, and a hilarious video released back in May revealed just how frequently the exclamation comes out of his mouth. Yet, as it turns out, "wow" isn't the only word that the star says a bit too often; a new supercut called "Things Owen Wilson Says" shows just how many different expressions and lines the Zoolander 2 actor tends to repeat in his films. Spoiler: There are a lot.

Released on Aug. 14 by Owengergy Studios, the same YouTube channel that, no surprise, gifted the world with the now-famous "wow" video, the supercut features Wilson's movie characters saying the same words and phrases over and over, all in different situations and contexts. Some of the choices are pretty expected — it's no major shock that the guy who adores "wow" also says "whoa" a lot — but others are a bit more out-of-nowhere. Who knew Wilson had such feelings about lizards? Below, a list of all the expressions Wilson hilariously gets called out for in the video:

The supercut starts off with all the times Wilson has said "honestly," or "be honest," in movies. Sample quote, from Marley and Me: "To be honest, I'm not sure he really is a dog."

2. "Crazier Than A Road Lizard"

For some reason, Wilson loves to say this one. Sample quote, from Night at the Museum: "You're crazier than a road lizard."

He loves his profanity. Sample quote, from The Internship: "Goddammit, Billy's right."

Poor confused Owen Wilson. Sample quote, from Wedding Crashers: "What are you talking about? Who's getting negative?"

He's all about that positivity. Sample quote, from I Spy: "Don't be negative!"

To Wilson, everything is absolutely insane. Sample quote, from Wedding Crashers: "You're unbelievable. Judas!"

And of course, there's "wow." Sample quote, from, well, everything: "Wow."

Oh, Owen Wilson — he really needs to work on spicing it up when it comes to his one-liners. Check out the great supercut below. It truly is unbelievable.