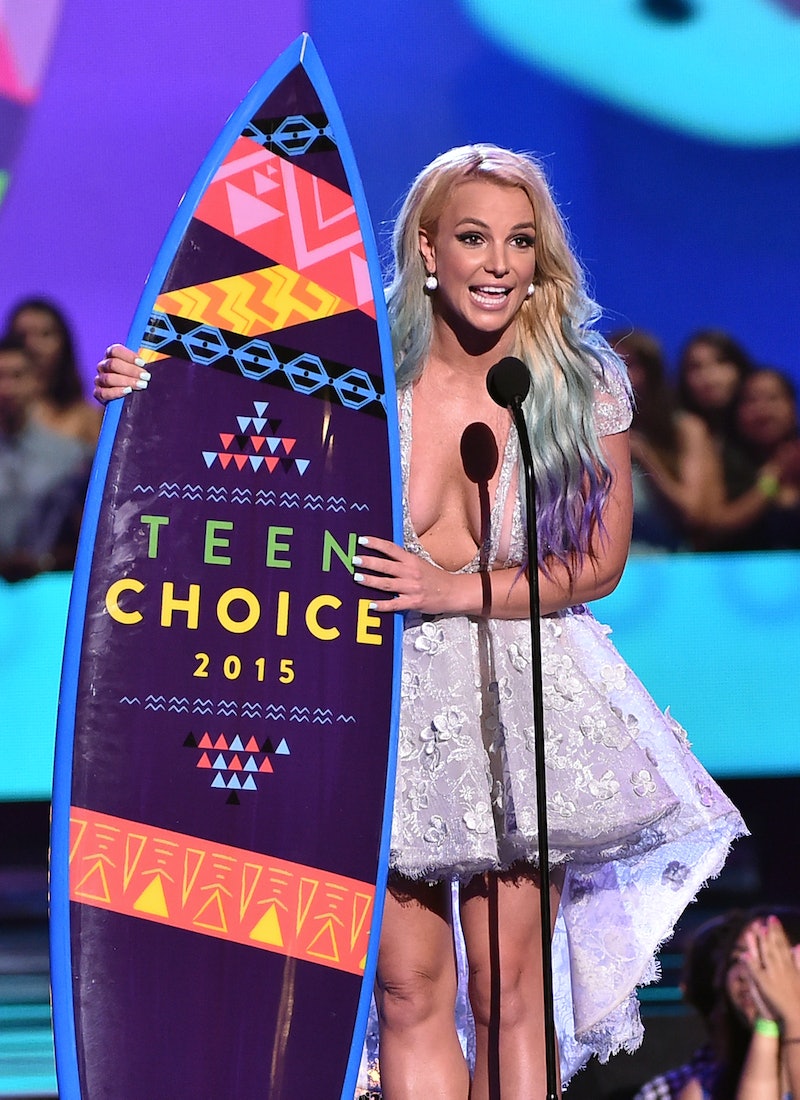 She accepted the award in person with her family in attendance, after a montage of past Spears wins and appearances — including her Ultimate Choice Win in 2009. I wished it had gone on longer! The Teen Choice Awards may be as old as an actual teenager today, but that was a pretty cool throwback. You don't have to be a teenager to like or enjoy these awards, and this Spears tribute proved it.

Of course, the pop star, currently thriving in a Vegas residence, showed up to accept the style award in style. Her dress completely turned what I think about lace on its head. Also, can we talk about Britney Spears' Lisa Frank fairy mermaid ombré? I am in awe of that rainbow perfection. True to her speech, which focused on being and expressing yourself, I love that, with all of Britney Spears' ups and downs, she's not afraid to reinvent her look. "Be fearless in your choices," she said. Amen! Not only that, but Spears stole the stage and showed up all of the young blood in attendance. Don't doubt the Queens, teens.