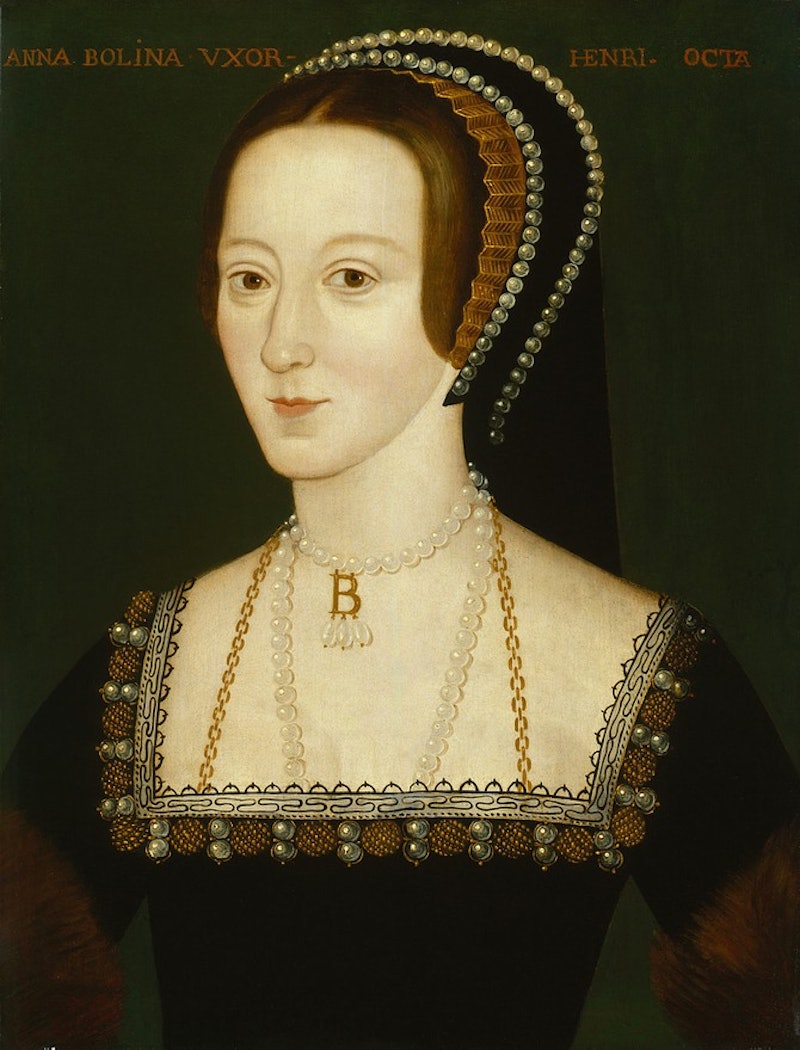 The way we look at history in modern society is a strong reflection both of how much our cultural attitudes have progressed and of how much more they still need to. Most of us are able to acknowledge that, historically, white men never experienced repression to the extent that women — especially women of color — did. We're also able to acknowledge that across all cultures, men had far more opportunities to stake their places in history. Acknowledging how much women contributed in the past is as important as acknowledging how much women contribute today. You've probably never heard of these nine women who changed the course of history, but you're about to get a crash course.

The reason we've never heard of so many important female historical figures is that, for all the opportunities women now have that they didn't before, as a society, it's easy to fall into the same narratives of powerful men, rather than study powerful women. While we've made some progress in providing more opportunities for women to become publicly-recognized figures, our approach to history remains a powerful reflection of the influence of our patriarchal society.

A member of the Nahua, La Malinche (also known as Malinalli) served as an interpreter to the Spanish explorer Hernán Cortés, who was also her lover. Malinalli, born in 1496, is widely credited with aiding in the fall of the Aztecs because of the invaluable help she provided Cortés. Her political acumen and command of multiple languages were crucial to manipulating the Aztec military. She and Cortés never married, and had a son before her death in 1529. She remains controversial for her role in the demise of the Aztec Empire, but is also celebrated as the mother of the Mestizo race -- people of mixed European and indigenous ancestry.

Known in her lifetime as Haseki Hürrem Sultan, Hürrem, estimated to have been born in 1502, was originally a Ukrainian slave girl to Ottoman Sultan Suleiman the Magnificent. Historians believe that Hürrem became the Sultan's favorite consort for her wit and ability to offer him political guidance. She used her favor to fund charitable foundations, including a women's hospital near a slave market and other public buildings in poor communities. The Sultan broke tradition by keeping Hürrem at his side in court until her death in 1558, rather than sending her into exile after their son and his heir came of age. Hürrem maintained a prominent role as his adviser in foreign affairs in an age in which Middle Eastern societies were increasingly coming into contact with Europe.

Anne Boleyn, born around 1501, is widely recognized as the cause of English King Henry VIII's infamous divorce case. But modern scholars postulate that the king's fixation with leaving his barren first wife began years before he met Boleyn. Despite her supposedly average looks, Henry was attracted to Boleyn’s wit, intellect, and expressiveness. She used her influence to champion religious freedom and education for the poor. In his book The Life and Death of Anne Boleyn, Eric Ives attributes her fall and execution to a political coup led by her husband's advisers after her fierce opinions about charity ran contrary to theirs. Ives claims that her opponents manipulated misogynistic cultural values against female sexuality to orchestrate her execution in 1536.

Anna Nzingha presided over portions of Angola and Zaire in a time when Portugal and other European powers were increasingly invading and conquering African lands. For 40 years, Nzingha, born in 1583, led military campaigns to protect her people from Portuguese invaders, and passionately sought to destroy the African slave trade until her death in 1663. In her lifetime, she led multiple attempts to unite African nations against European encroachment. She became queen of Ndongo in 1623, but preferred to be called "King," and famously donned male clothes. Like Elizabeth I of England and many other female leaders in positions of power traditionally reserved for males, Nzingha was clearly a strong and highly respectable figure who was unfortunately conditioned to be insecure about her sex.

Harriet Beecher Stowe, born in 1811, was a famous abolitionist whose anti-slavery novel Uncle Tom's Cabin inspired equal parts outrage and sympathy. Stowe's work humanized slaves in America, and sparked a national conversation about social justice, religion, and morality. The novel was so influential that it was banned in most Southern states. Stowe strove for accuracy in her novel, incorporating hot news stories on slavery and seeking firsthand accounts. The book sold phenomenally in the United States, Europe, and even Asia, and is still recognized as a classic more than a century after her death in 1896.

In her lifetime, Mahal, born in 1820, was a vocal opponent of the British East India Company and white imperialism. After the death of her husband Nawab Wajid Ali Shah, who governed Awadh, India, Mahal took charge of state affairs and helped lead a rebellion against the East India Company in 1857. Her forces were able to seize control of Lucknow, which had been occupied by the British, and she declared her son Bijris Qadra the ruler of Awadh. The Company proceeded to undermine the authority of Mahal and her family in Awadh, which it went on to recapture. She was then sent into exile in Calcutta. She was devoted to raising awareness about how British imperialism hurt the culture and religious practices of Indians until her death in 1879.

Harriet Lane, born in 1830, served as FLOTUS during the presidency of her single uncle, James Buchanan, from 1857 until 1861. A Chippewa chief recognized Lane as "The Great Mother of the Indians" for her work toward improving living conditions on Native American reservations. Historians have credited Lane with lobbying for education and medicine for American Indians, as well as the preservation of tribal culture. Following the Civil War, American Indians would experience tragedy that has largely gone ignored in U.S. history classes. Lane was also a close friend to Prince Edward of England, and attended his coronation in June 1902, about a year before her death in 1903.

Cixi, born in 1835, was able to secure long-lasting political power not only through mothering the only surviving son of the emperor of China, but also through her political shrewdness that developed during the reign of her husband, Qing Emperor Xianfeng. Upon the emperor's death, Cixi managed to secure her place as regent, and commanded the grudging respect of his advisers through decades of bankruptcy, international conflict, white imperialism, and even the death of her son. Only after her death in 1908 was a republic fully instated in China.

Overcoming the powerful antisemitism, homophobia, and misogyny which she faced as a Jewish lesbian in the early 20th century, Gertrude Stein became a titan of the Modernist literary movement. Her Paris residence became a center for intellect and literary innovation in the wake of World War I. Given her power and influence, Stein, born in 1874, is often associated with feminism, although some literary critics allege that she maintained notions of the superiority of masculinity that ran contrary to feminist values in her famous literary works. However, her many fearless works exploring controversial themes of sexual orientation suggest Stein maintained progressive outlook on sexuality. Stein established powerful relationships with some of Europe and America's most influential writers, male and female, before her death in 1964.