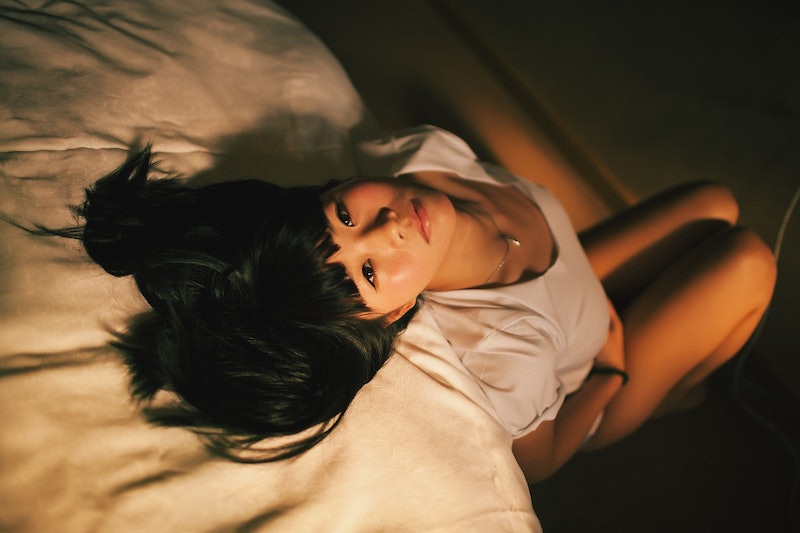 Can Tetris weaken sex cravings? Maybe. The cure if you are horny may be everyone's favorite arcade game, according to a new study published by the in the Journal of Addictive Behaviors. Not only that, it also worked for other cravings, like food and cigarettes, so maybe Tetris is the next step on the path to righteousness, or at least on the path to doing nothing but playing Tetris obsessively trying to keep our demons at bay. How does it work? Researchers from Plymouth University took 31 undergraduates and asked them to report their cravings seven times a day, or when cravings came up, but, according to Indian news channel NDTV's Gadgets site, "fifteen members of the group were required to play Tetris on an iPod for three minutes, before reporting their craving levels again." And no matter what type of craving, it dropped after playing Tetris.

Professor Jackie Andrade from Plymouth University said that this "Tetris effect happens because craving involves imagining the experience of consuming a particular substance or indulging in a particular activity. Playing a visually-interesting game like Tetris occupies the mental processes that support that imagery. It is hard to imagine something vividly and play Tetris at the same time."

That's right, watermelon. It contains an amino acid called citrulline and, according to Texas A&M University it can have quite the effect on erections. Men's Health explains that "citrulline improves blood flow — putting more lead in your pencil and upping your horniness quotient, the research suggests."

It's not just a myth, men really are attracted to the color red, according to research done by the University of Rochester. A series of tests showed that the color red made men feel amorous, and they didn't even know it was happening. According the University this "aphrodisiacal effect of red may be a product of societal conditioning alone, the authors argue that men's response to red more likely stems from deeper biological roots. Research has shown that nonhuman male primates are particularly attracted to females displaying red."