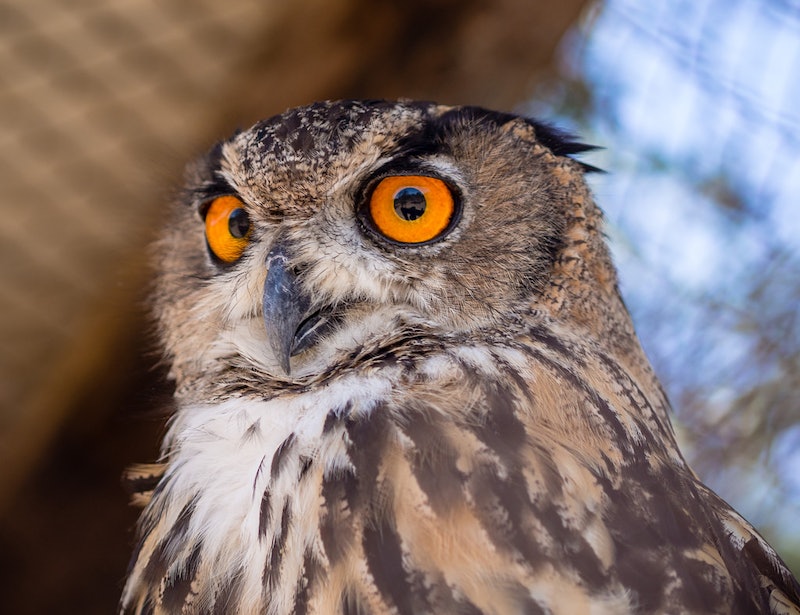 Meet Nelly. Nelly is an Australian owl who is a bastion of tranquility and collectedness, elegant in her composure, zen in her overall outlook on life. Nelly is also the star of the very new Calm Owl meme — and, in fact, it's actually so new that it might not even have officially reached meme status yet. But believe me — it will. Given the Internet's love of animals with bizarre facial expressions, there's no way it won't. So now, in order to prepare you for the coming glory that is Calm Owl, I have put together a guide to the many situations in which this magnificent meme will apply. You'll know how to utilize her omnipresent serenity before all of your friends, making you the number one cool person among everyone you know. I promise. And so does Nelly.

Nelly got her start courtesy of an Australian newscaster, purely because she happens to be his favorite owl. Like, literally, that's it. The initial video of her intense stare, clocking in at just five seconds, was posted to YouTube two days ago by user montymintypie and has already garnered over 200,000 views. That's how you know Nelly means business. Here, check it out for yourself:

YouTube is not the only media platform that Nelly has conquered, either. She's also killing the game over at Reddit: After Seaturtlesoup posted her glorious television debut, the Calm Owl memes immediately began piling up, and, well... that's how Grumpy Cat was born, so it's really only a matter of time for Nelly. Personally, I see her "calm" stare as a cousin to the Screaming Internally meme, but with an additional element of surprise. Like when you're surprised by recognizing the man next to you on the bus as Wednesday's dick pic sender — that's definitely a time for Calm Owl.

So, for that matter, are these eight scenarios — because nobody is actually calm during any of them, no matter how chill they might look on the outside.

1. When you show your mom one photo on your phone and she immediately begins scrolling through all of them, moving ever closer to that series of drunk nudes you took last week.

2. The day you realize your office computer logs every website you visit and the information is sent to the HR department.

3. When you recognize the man next to you on the train platform as that creep from OkCupid who sent you five (unanswered) messages last week.

This is not the droid you are looking for.