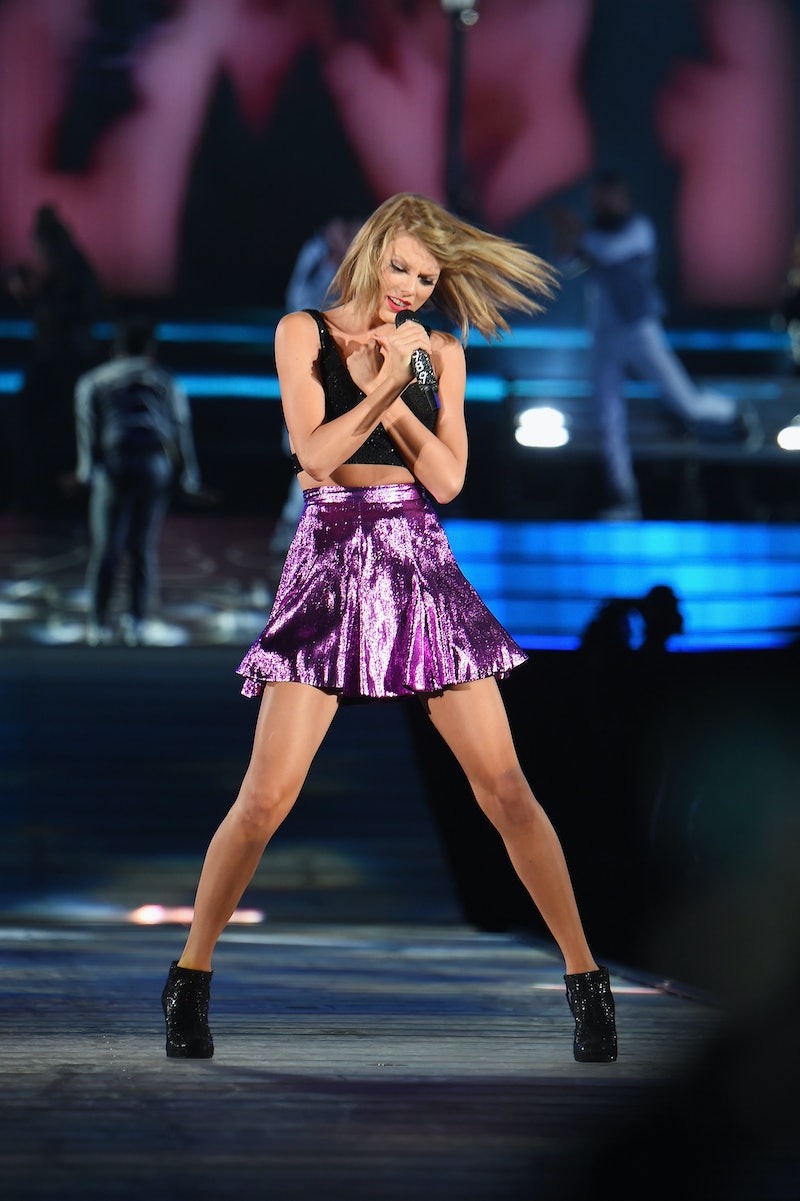 Unless you've been living under a rock this summer, or had the forward thinking to delete Instagram while Taylor Swift is on her #1989Tour, you're probably overl- aware of who T. Swift's onstage guest was in your city (and which of your friends had the ~best moment of their lives~ when the guest appeared). Well, I won't be in the audience when T. Swift shows up in LA, but thanks to this parody of Taylor Swift bringing people onstage, I've seen all I need to see. I've gotten a solid grasp on who she might bring up on stage, and personally, I'm hoping it's Maya Angelou's hologram because helllllllo namesake. This video will keep you LOL-ing until the end of the 1989 tour and even diehard Swifties will appreciate it.

The sweat-short clad hilarity behind this video, writer Lara Marie Schoenhals, co-authored White Girl Problems and hosts Pumped Podcast. But after this video, there's a good case for the fact that she should also be known for her T. Swift jaunt impression.

Just to give you an idea of what's about to go down in this video, here are a few big names Schoenhals welcomes to the stage:

First, in order to fully illustrate how on point this Taylor Swift jaunt is, here is a side by side comparison:

The Jaunt In "Please Welcome To The Stage":

The Jaunt On T. Swift's Tour:

The salem witch trials reference is definitely the best thing to ever happen to the Internet. If you need another side by side comparison, here's the clip of Taylor Swift welcoming Jason Derulo to the stage: