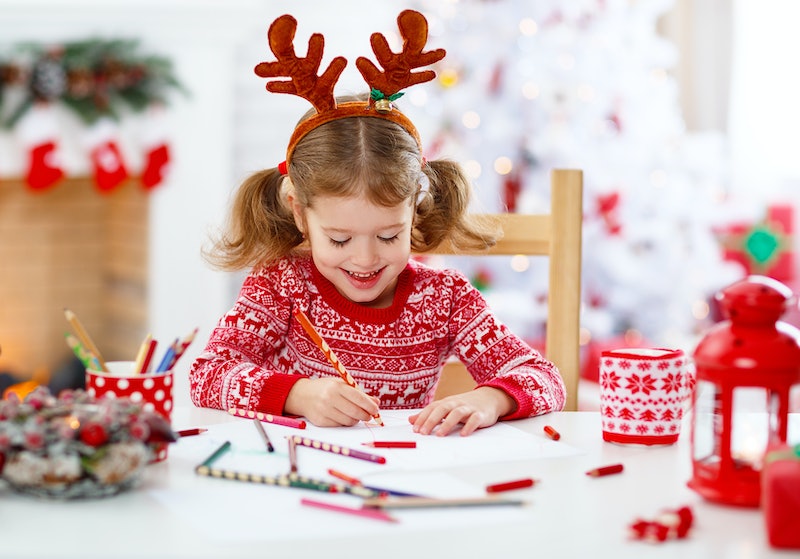 The letters that kids write to Santa can be sweet, inspiring, clever, and downright hilarious. Here we've compiled some of our favorites Christmas missives to the big bearded guy.

From The Ugly Volvo via Slate comes this mom's interpretation of what things her kid really wants to put in her mouth, such as a laptop cord, the contents of the garbage bin, and this "wall-mounted entertainment center":

2. The bitterest of "Dear Santa" letters

This one is featured on the "Best of" section of Craigslist, and is a snarky list of the things the writer wants Santa to bring to other people. For example, "The angry mullet girl in my office would really like a new haircut. She would also like lithium, and to have her entire wardrobe set to flames."

This letter, from the CEO of a coal company, informs Santa just how naughty and deserving of great amounts of coal he is.

From Timbuktu's list, this little kid illustrates one of the greatest irritations of Christmas Day gift receiving.

From Daily Mail, a sister writes a letter on her brother Mitch's behalf. It seems she knows what Mitch needs and deserves better than Mitch knows himself.

In the first letter on this BuzzFeed list, the kid seems to be more concerned with Santa's Type II Diabetes than he is with his own haul of presents. Health-nut parents, perhaps?

Interested in answering some real letters to Santa? Go online and see if your city has an "Operation Santa". Volunteers can answer some of the many letters sent through the U.S. mail each year and are responsible for donating the present requested. As one writer found out, many of the letters are sent from local homeless shelters and are requesting not Xboxes, but food, shampoo, and school supplies.