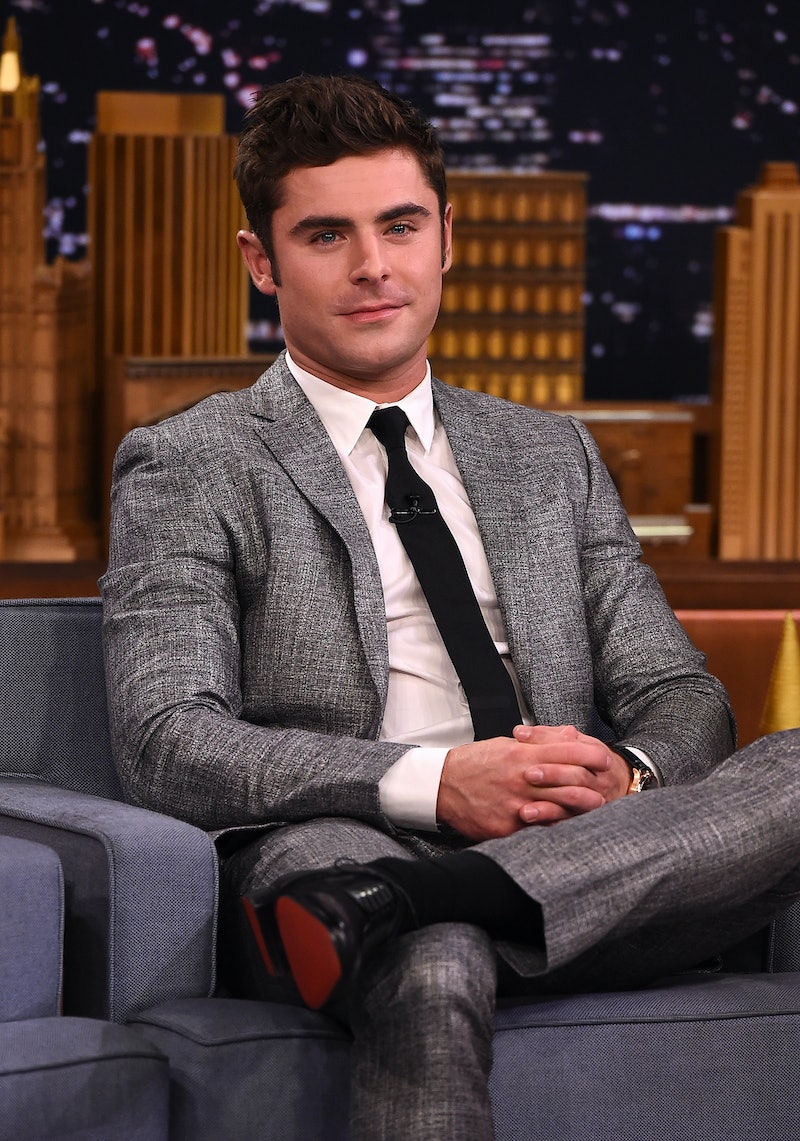 It's been a well-established fact since Zac Efron starred in High School Musical a whole nine years ago that his sex appeal is irresistible to humans. Only Efron's character, Troy Bolton, could bridge the jock-nerd divide, finding love in the neutral territory of musical theatre. Monday night, he was on The Tonight Show Starring Jimmy Fallon to promote his new movie, We Are Your Friends, and confirmed a something I always suspected: Efron charmed a shark into swimming with him, revealing to Fallon that his sex appeal works on sharks, not just humans.

While filming Mike and Dave Need Wedding Dates, a movie whose title Fallon seems to enjoy, Efron was in Hawaii and decided to go on a shark dive with his co-star, Adam DeVine. It took a terrifying turn when he was far from the boat, and a giant tiger shark swam toward him looking for a snack. "I held my breath, crossed my arms, and let the shark know that I wasn't prey," Efron says, "I just sort of stared into its eyes." Fallon started giggling, and said, "You can do that! You're Zac Efron!"

The shark was headed back to the boat, and, in a risky move, he grabbed the shark's fin and rode the notorious predator home. But this really shouldn't surprise us. After all, Efron has been dazzling everyone (especially me) with his raw sex appeal for years. In fact, I have a few of the best times that he did so rounded up for your pleasure below.

1. When He Danced For The Workaholics

"Blast off a vibe, wouldja?"

2. When He Was Just Chilling and Grilling in Neighbors

That could tame any lion.

3. When He Sang "Breaking Free"

An oldie but a goodie.

4. When He Won an MTV Movie Award

Thank you, Rita Ora. Thank you.

5. When He Waxed Poetic About Dancing

It's an art and a science.

6. When He Delivered This Epic Romantic Speech

He can use his looks and his words.

The sex appeal and charms of Zac Efron should be used to tame wild beasts and prevent shark attacks worldwide. Calling all wildlife services. You're w