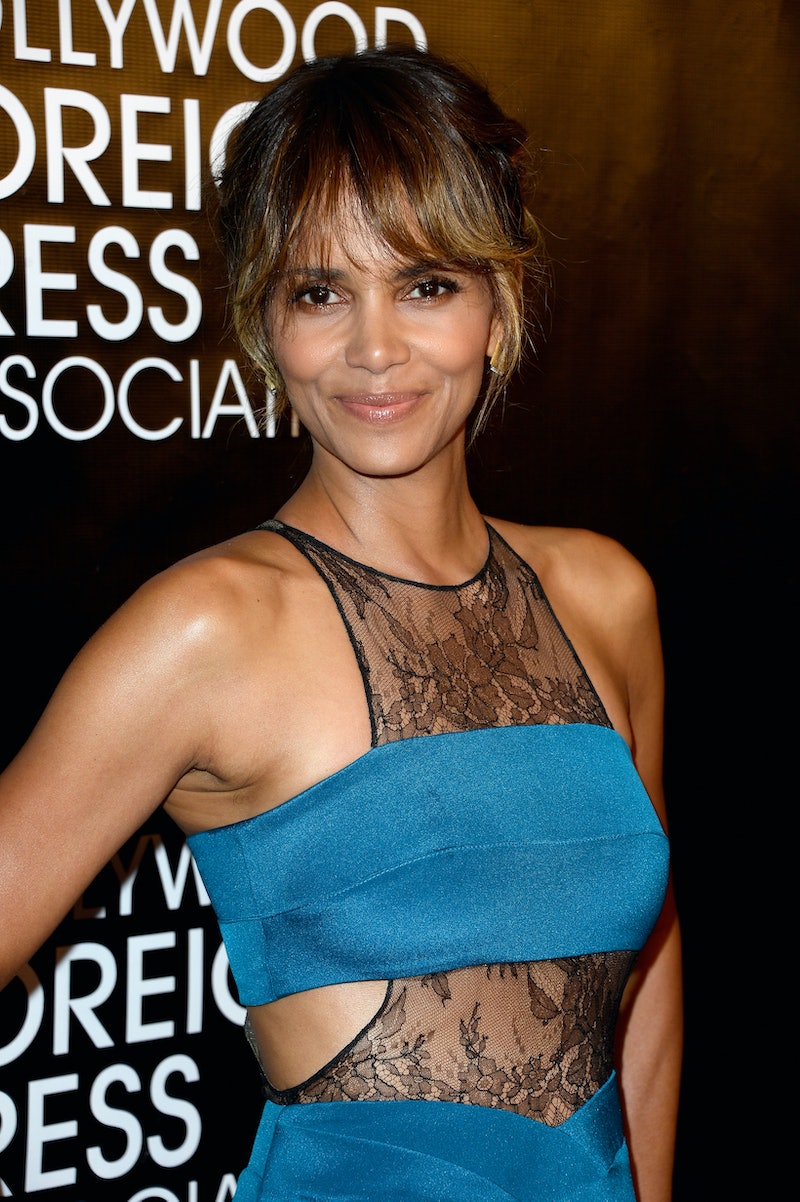 It seems it's difficult for some celebrities to separate themselves from their on-screen characters. Halle Berry rocked a black bra and sheer top ensemble for her appearance on Jimmy Kimmel Live in Los Angeles on Monday, and the sultry style looked like it came straight from Catwoman's wardrobe. Why on earth Berry is dressing like her fictional character IRL is beyond me, but somehow she managed to pull it off (obviously). If there is such a thing as superhuman beauty, Berry's got it.

The 49-year-old flaunted a black lace bra underneath an ultra-sheer long-sleeve turtleneck. TBH, sheer is quite an understatement — she may as well not have worn anything atop her undergarment at all.

She paired the sexy top with sleek long black pants, a thin black and gold belt, and point toe pumps to match. The jaw-dropping ensemble was rather revealing, commanding attention from anyone that laid eyes on her. The all-black outfit was like a modern version of the head-to-toe leather getup that is Catwoman's signature.

It's also worth noting that the actress ditched her long-time pixie cut, opting instead for a cool braided ponytail that only further contributed to the edginess of the look. She sure knows how to wow a crowd.

Check out the racy ensemble.

See the resemblance? It's quite uncanny.

Surprisingly, this isn't the first the actress channeled the sexy superhero. Let's take a look at five other times she dressed like Catwoman IRL.

Even at a black-tie red carpet event, she manages to bring accents of her character into her fashion. The bustier bodice totally reads Catwoman.

Berry seems to be a big fan of oversized cutouts, just like her character.

Clearly, vampy getups are in her nature, she can't help it.