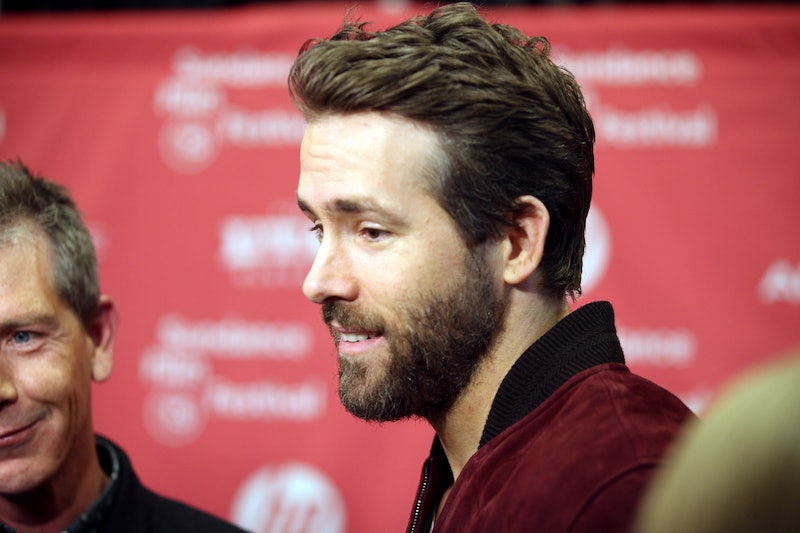 Scarlett Johansson and Ryan Reynolds once seemed like a match made in heaven. Both were Hollywood actors, both were insanely successful, and both were known for their undeniable good looks, but the couple sadly was not all they were cracked up to be. And after two years of marriage, everyone became all too aware of this when they divorced in 2010. Some fans feeling nostalgic about their relationship — or who are interested in their current relationships: his with wife Blake Lively and hers with husband Romain Dauriac — might be wondering why Scarlett Johansson and Ryan Reynolds broke up.

The couple was tight-lipped about the reason behind their split, simply releasing a somewhat vague statement:

After long and careful consideration on both our parts, we've decided to end our marriage. We entered our relationship with love and it's with love and kindness we leave it.

At the time, an insider told Us Weekly that a big factor in the couple's split was distance. According to the source, the pair spent a lot of time apart and because of that, Johansson had been unhappy for a while, which is why she initiated the divorce. Other sources offered the explanation to publications In Touch and Daily Mail that the pair was supposedly fighting all the time because of their different personalities, her being more independent and him being more traditional. Since then, Johansson and Reynolds have both been quite private about the split, never confirming or denying specific reasons, but that does not mean that they have been closed off about the lessons they have learned from it.

In 2011, Reynolds opened up about how the divorce affected him in Details magazine. "Anyone who gets divorced goes through a lot of pain," he said. "But you come out of it. I'm not out of it yet. At all. But I sense that as I do come through it, there's optimism." It was inspiring to see a positive attitude even shortly after the split happened. And as time went on, Johansson began to open up as well, with a good outlook to match.

In the April 2014 issue of C Magazine, Johnasson described her divorce from Reynolds as "a very lonely thing." She said, "It’s like the loneliest thing you’ll ever do, in some ways.” But that does not mean that there was not a silver lining to the cloud. She said that she had since had a good amount of time to process the divorce and move forward in her life.

Johannson elaborated in the May 2014 issue of Glamour magazine, saying,

I feel I know now more of what I need in a relationship, what I want in a relationship. And I know I have more tools to communicate, not just with my partner, but with myself. That’s not necessarily any reflection of who I was married to or what was happening in my marriage, but really where I was in my life.

It seems like despite the painful past, both of them have moved on in their own rights. Reynolds is now married to Gossip Girl alum Blake Lively. And Johansson has married Romain Dauriac. Both couples have welcomed their first children together, an added blessing for each of them. It is a positive thing to see that they both have found happiness, even if it is not with each other. Good for them!