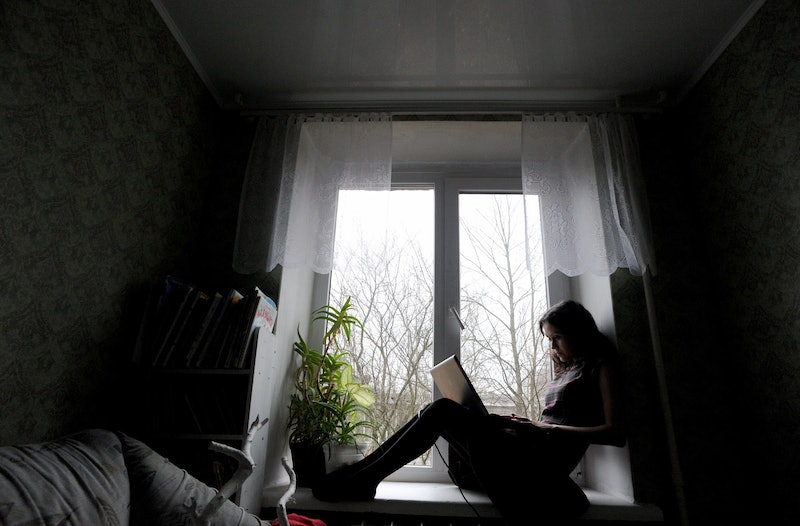 Last year, an online campaign against a female game developer sparked a horrifying chain reaction of harassment that would become known as Gamergate. It was a collective campaign against women in the video game industry or anyone who defended women in the industry, and it brought to the forefront a very dark side of the gaming community that had apparently been latent all along. Women who spoke out against the heavily misogynistic norms of video game culture received death and rape threats, along with a barrage of online abuse. One year after Gamergate first arose, harassment may still exist, but the online community has been shaken awake. While it was deeply unsettling to witness as a society, Gamergate was also a necessary phenomenon that prompted change.

The whole thing started with game developer Zoe Quinn, who released her game Depression Quest in February 2013 to favorable reviews. Already hinting at the the misogyny that fueled Gamergate, Quinn received backlash for her success. But then the floodgates opened when ex-boyfriend, Eron Gjoni, published a lengthy and virulent post about her sex life in August 2014, accusing her of having a relationship with one of the game reviewers who had praised her game. It was Gjoni's initial harassment that sparked Gamergate, which would go on to subject Quinn and her family to a much larger harassment campaign that drove her from her home.

Over the next several months, Gamergate would target several other women, including video game critic and creator of Feminist Frequency Anita Sarkeesian, game developer Brianna Wu, and Reddit CEO Ellen Pao, all of whom spoke out against online harassers. The threats leveled against these women, and other women who opposed Gamergate, ranged from vitriolic slurs to rape and death threats and even far-reaching petitions, the latter of which led to Pao's resignation from Reddit.

In the year since Gamergate manifested and startled the online community, cyber harassment has hardly been eradicated and, unfortunately, remains prevalent to this day. However, Gamergate did yield some positive changes in how individuals, companies, and society at large can combat online harassment. Here are five major positive developments that came out of Gamergate.

Many Gamergate harassers used Twitter as their bullying platform of choice, putting the company in a difficult position. The platform's lack of protocol and disciplinary action led CEO Dick Costolo to admit "we suck at dealing with abuse," but the ongoing situation also led the company to adopt more stringent policy updates to curb online harassment.

In 2012, filmmaker Shannon Sun-Higginson witnessed a disturbingly misogynistic video game segment and was inspired to make a documentary, titled GTFO, on this uglier side of gaming. Little did she know that two years later, as her film was under production, that that uglier side would turn into a full-blown trend known as Gamergate. In a way, the rise of Gamergate underscored the importance of her film, which gave women in gaming a chance to speak their side and fight back. GTFO premiered at SXSW in March to largely favorable reviews.

Proving that death threats made to her home is not going to scare her away from gaming, Quinn, along with fellow gamer Alex Lifschitz, created the Crash Override Network in January. The network is a support group for victims of large-scale online abuse and provides both individual support and community outreach. Lifschitz explained to the Los Angeles Times:

In the case of actual harassment, we talk to people, we get a sense of what they're facing and perform in-the-moment triage to make sure they're safe. We help them if they have trouble explaining things to legal advocates or law enforcement or family. If they need to be pointed to resources that might be able to better help them, we assist them.

In response to the Gamergate trend, Intel CEO Brian Krzanich announced its Diversity in Technology program at this year's CES in January. The tech company vowed to invest $300 million to increase diversity at the company, working with partners including the Feminist Frequency, the International Game Developers Association (IGDA), and Girls Who Code.

Perhaps the most significant development to come out of Gamergate is the ever-growing female presence in the gaming community. According to Tech Times, there were noticeably more women representatives at this year's Electronics Entertainment Expo, the largest trade fair of the gaming industry, as well as more female protagonists in classic games like Assassin's Creed: Syndicate. Perhaps it's an indication of an continuously diversifying industry, or maybe it's a direct response to the Gamergate haters. Either way, it's definitely progress.

More like this
5 Differences Between YouTube Shorts & TikTok
By Emma Carey
15 Years Of The iPhone, In Pictures
By Emma Carey
Jurnee Smollett’s Heart Is Healing
By Rebecca Carroll
Why You're Seeing Green Bandanas At Abortion Rights Protests
By Lexi Inks
Get Even More From Bustle — Sign Up For The Newsletter