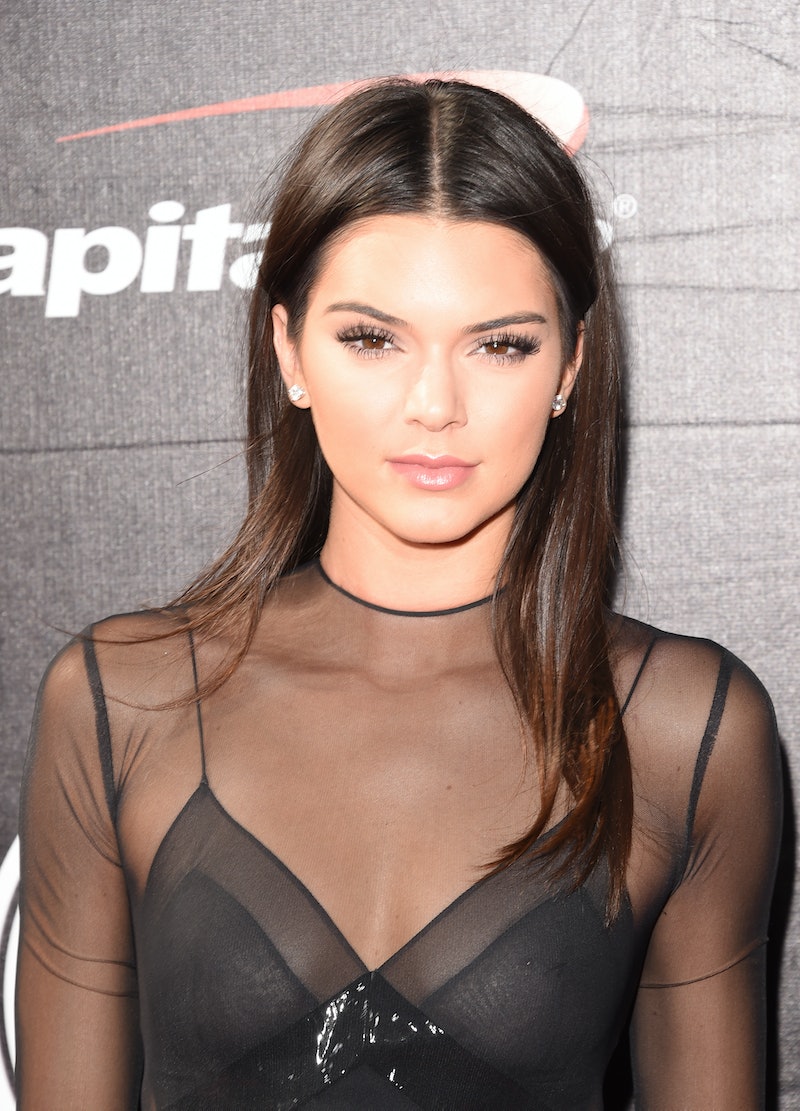 The Kardashian-Jenners are no strangers to switching up their looks. Kendall Jenner's shoot for Vogue's September issue comes as no surprise (of course she would be featured), but her baby-faced styling does. With a high fashion resume longer than some twice her age, it's clear that she has talent, but Jenner's Inez and Vinoodh photoshoot shows a new side of the model. Her fresh face and wide smile in these images are so much different than her previous looks, and will have you taking a second glance.

It's not often that Jenner poses to look her age. Since her first Vogue debut, the 19-year-old grew up fast, and her modeling stints totally prove it. Just one glance at the reality star's Instagram would have you totally forgetting that she is still technically a teen — unless you saw some of her latest posts, that is.

She uploaded some pictures from the shoot, rocking tweed and looking as fresh-faced as ever. With big, brown Emma Stone-esque eyes (seriously, they look so alike here) and a heavy brow, the model grins at the camera as she strikes whimsical poses in the clothing. The styling is much different than what we are used to seeing in the form of hyper sexy outfits and structured cheek bones. It's nice that she's switching it up and channeling a different mood in these pictures. While I highly doubt we'll be seeing Jenner sporting this youthful look on the regular, but if she did, I certainly wouldn't complain.

Jenner's Vogue shoot calls to mind a recent comment made by her fellow model and BFF, Cara Delevingne, who opened up about the modeling industry and how being in front of the camera often makes people grow up super fast.

“[The fashion industry] didn’t make me grow as a human being. And I kind of forgot how young I was. I felt so old," Delevingne said.

Showing Jenner looking her age is a big change than what her fans are used to seeing, and it was a smart move. She must also be proud of the shoot, because she posted all three images that appear in the magazine on her Instagram account.

Even though she's posing for Vogue, Jenner looks more relatable than ever in this spread.

More like this
I Have Eyebrow Alopecia – & Microblading Gave Me My Confidence Back
By Jessica Morgan
Olivia Munn Got Real About How Her Body Hasn’t “Snapped Back” Post-Pregnancy
By Stephanie Topacio Long
Lizzo Changed The Lyrics Of “Grrrls” Amid Backlash
By Maxine Harrison
42 Black Owned Fashion & Beauty Brands To Support Today & Always
By Mekita Rivas, Shea Simmons, Kui Mwai and Dominique Norman
Get Even More From Bustle — Sign Up For The Newsletter