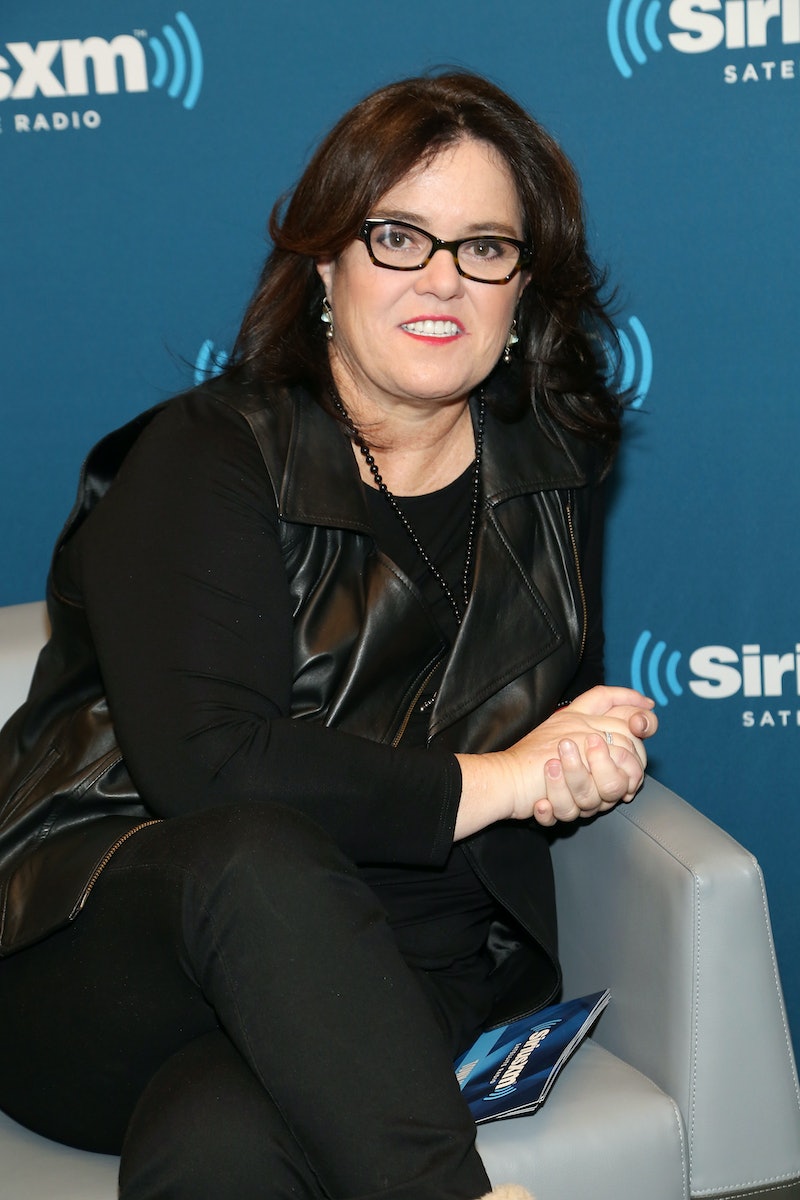 In some extremely sad news, on Tuesday, Rosie O'Donnell announced her daughter is missing via her official website. The former View co-host is pleading for anyone with information about her adopted daughter to contact the authorities in Nyack, New York.Chelsea O'Donnell has been missing since Tuesday, Aug. 11, and the police have been searching for her in Rockland County since Sunday, Aug. 16. The comedienne made the frightening news public on Tuesday, and is using the online community to spread the word.

According to NBC 4 New York, "Police say there is no reason to suspect foul play." O'Donnell's rep Cindi Berger told the news source that "Chelsea, like millions of people, lives with mental illness. It has been a difficult road for Chelsea and her family and they just want her back safe."

Here is the announcement from O'Donnell's site in its entirety:

Rosie O’Donnell’s 17 year old daughter, Chelsea O’Donnell was reported missing. Nyack, New York police authorities have been looking for her in the Rockland County area since Sunday, August 16. She was last seen Tuesday, August 11. She was wearing a black sweatshirt hoodie, dark ripped blue jeans, women’s grey converse sneakers and a black backpack. Chelsea has a large tattoo on her right side of a dream catcher with the word ‘Breathe.’ She left home with her 6 month old therapy dog named Bear. The dog is a 9 lbs brown and black terrier. Chelsea stopped taking her medicine and is in need of medical attention. Any information please contact authorities at 845-358-0206 or 911.

This isn't the first time O'Donnell and Chelsea have made headlines. In March 2015, Chelsea's biological mother Deanna Micoley accused the actress of stealing Chelsea while Micoley was allegedly under the influence of drugs. However, Berger told the National Enquirer, which ran an interview with Micoley, that "The agency never would have accepted the baby if the birth mother was under the influence. There are notarized adoption papers signed by the birth mother and father that were accepted by both the adoption agency and the Court."

The news of Chelsea's disappearance is spreading quickly on various websites and on social media, so hopefully, she will be found safe before long.

More like this
Olivia Rodrigo’s Song Dedication To 5 SCOTUS Justices Sent A Strong Message
By Grace Wehniainen
'Line Of Duty's Writer Just Dropped A Bombshell About Steve & Kate
By Catharina Cheung
'Stranger Things' Star Sadie Sink's Love Life IRL Is Nothing Like Max's
By Alyssa Lapid
What Is Miles Teller's Net Worth? How The 'Top Gun: Maverick' Star Made His Millions
By Meg Walters
Get Even More From Bustle — Sign Up For The Newsletter