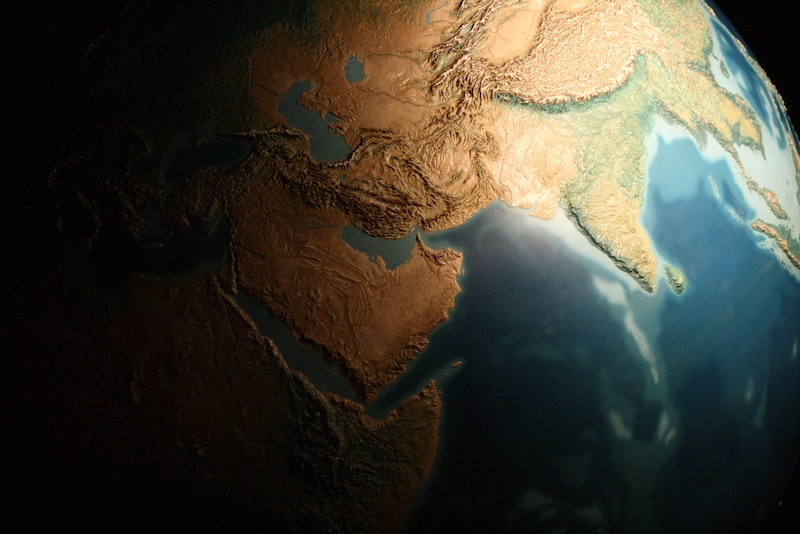 Last week, BuzzFeed cited sources claiming that an Al Gore presidential campaign was on its way. The report raised the hopes of many Americans, particularly environmentally conscious ones, but soon an official statement from Gore's camp burst our low-carbon bubbles. The brief excitement did, however, bring environmental issues to the forefront, if only temporarily. In picturing a Gore presidency and what he would prioritize, the United States was reminded of how grave climate change is, and how it not only threatens the country, but the future of our planet. And if you need yet another reminder, there are plenty of incredibly depressing facts about planet Earth to choose from.

After BuzzFeed released its report, several sources, including an official spokesperson, refuted the claim that Al Gore was mounting a presidential campaign. One source close to Gore told CNN:

But why not combine the two? Think of how much more you can get done for the climate from the executive branch. Seriously, we need you, Gore. Our future descendants need you. And, most importantly, our planet needs you. Are you thinking, "But what about the economy and racial injustice and ISIS?" Sure, those are all important issues, too — but they're kind of moot when there's no planet left for them to distress, you know? Take a look at these 12 super upsetting facts about the Earth, and then let's all start a super PAC for Gore.

The Warmest Year On Record?

According to the National Oceanic and Atmospheric Administration (NOAA) and the Japan Meteorological Agency (JMA), Earth started this year with its warmest quarter on record.

According to a study conducted by the Department of Earth and Atmospheric Sciences at Cornell University, climate change will continue to cause droughts in the coming decades, and they could last 10 years — or longer.

On the flip side, climate change is also causing the sea levels to continue to rise, which not only causes flooding and the displacement of people, but also leads to water contamination and the increased spread of waterborne diseases.

According to the Worldwatch Institute, 100 billion plastic bags are thrown away each year, but only 0.6 percent of them end up getting recycled. The rest go on to pollute the land and water, and kill an estimated one billion birds and mammals who ingest them.

Climate change can increase the number of insects that spread deadly diseases like malaria, dengue fever, and Lyme disease.

The U.S. Is Sucking Up The World's Resources

Americans make up only five percent of the world's population, but we consume more than 30 percent of its resources and are responsible for 22 percent of its carbon emissions. Maybe that's because we haven't had a president who's focused on changing this behavior.

The Number Of Natural Disasters Grows Drastically Every Year

According to a report from the New England Journal of Medicine, the number of natural disasters continues to climb every year, with around 217 million people affected every year since 1990. However, the number of incidents was three times as high between 2000 and 2009 than it was between 1980 and 1989.

Not only is climate change putting humans at risk with natural disasters and illnesses, but it's also affecting our health through extreme hot and cold temperatures, poor air quality, and increased pollen and aeroallergen levels, which lead to allergies and asthma.

An Oxfam report revealed that climate change's depletion of natural resources may lead to a 50 percent increase in food prices by 2030.

Our Marine Life Is Dying Out

An Intergovernmental Panel on Climate Change report revealed that the ocean's rising temperature is taking a massive toll on coral reef systems and marine life in general.

More like this
The Families Of Grenfell Tower Are Still Waiting For Justice, Five Years On
By Bustle UK
The UK Abortion Laws In 2022, Explained
By Sophie McEvoy
Plan C Vs. Plan B: What's The Difference?
By Lexi Inks
Why You're Seeing Green Bandanas At Abortion Rights Protests
By Lexi Inks
Get Even More From Bustle — Sign Up For The Newsletter