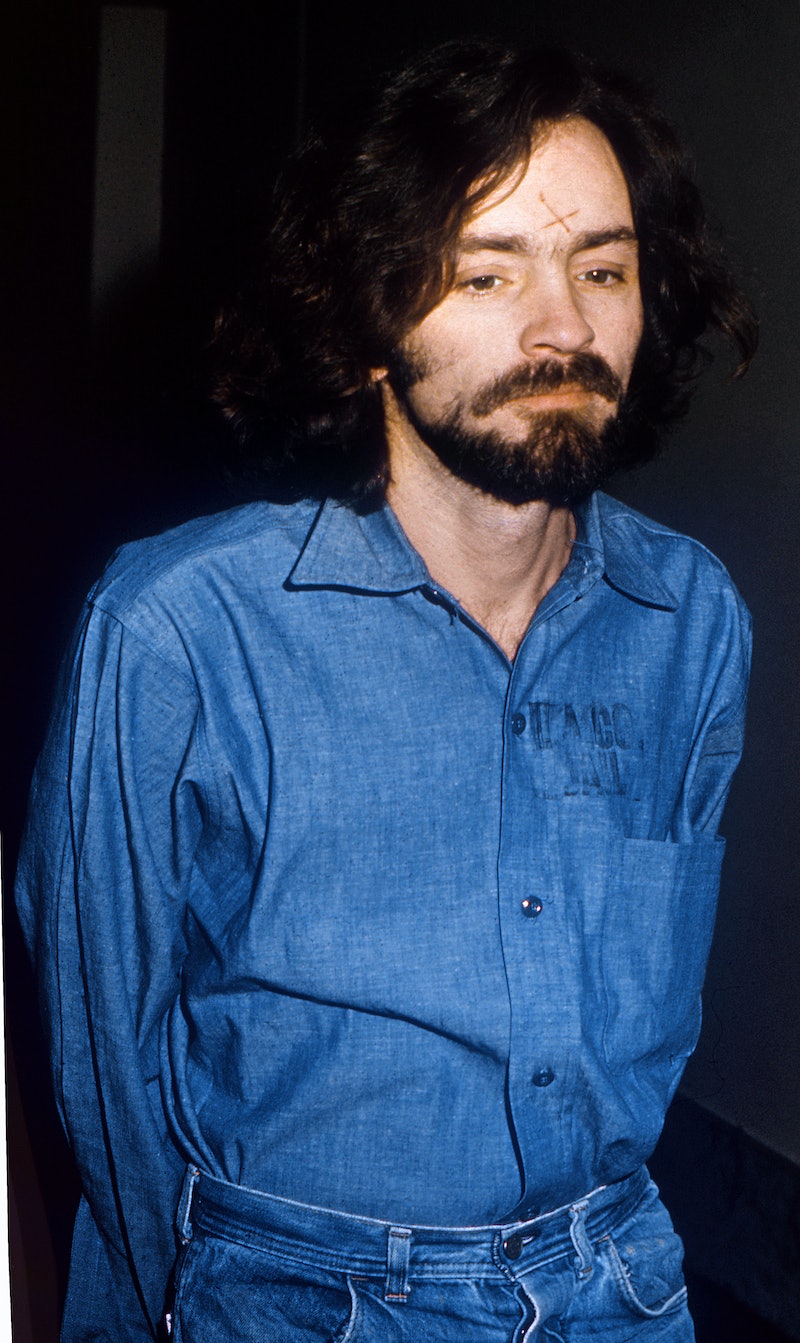 On Tuesday evening, CNN will air an original documentary about notorious cult leader Charles Manson. It will detail Manson's life before, during, and after the famous Tate and LaBianca murders carried out by his cult in the 1960s. In the decades since the murders, fascination with Manson and his followers lingers. People are intrigued by his life, the events which led up to the grisly crimes, and what he's said since being imprisoned. It seems like every handful of years, we learn something new about Manson or one of his former followers. Looking back over his life and recent interviews he's given, some lesser-known facts about Manson have emerged.

Manson was said to have had a rough childhood, and was in and out of prison starting in his teenage years. He has been married several times, and once struggled to start a career as a musician (his music has been covered by several famous bands, including the Beach Boys). He started the Manson Family in California in the 1960s, when pseudo-religious cults were popular throughout the U.S. You've probably heard about the cult and its murders, but here are some facts you may not have heard before about Charles Manson's life.

In perhaps the least inspiring coming-out story in history, Manson shared with the world in 2013 that he is bisexual. (Though perhaps pansexual might be the better term ...) In an interview with Rolling Stone, Manson stated "Sex to me is like going to the toilet. Whether it’s a girl or not. It doesn’t matter. I don’t play that girl-guy shit. I’m not hung up in that game.” Manson went on to describe how he once threatened a fellow male prisoner with a razor blade when he was 17, after the other prisoner turned him down for sex in the shower: “I picked a razor blade up off the floor and said ‘If we get caught, I’ll tell them I made you do it. So he let me do it.'”

He Recorded Some Pretty Good Music

I realize how exceptionally conflicting it is to enjoy something that Charles Manson has created. But he did produce some pretty good music in the 1960s — at least, in my own opinion. Manson was obsessed with becoming a signed recording artist, and in that pursuit, he cranked out quite a bit of acoustic music. The video above is one of Manson's songs. Decide for yourself how good he was.

He Never Actually Killed Anyone

It's a common misconception that Manson was a serial killer. But he never actually murdered anyone, not even during his Family's killing spree. Manson was convicted on seven counts of first-degree murder for his role in the crimes, but he did not in fact commit any of them himself. As the leader of the Manson Family, he manipulated and brainwashed his followers into committing the gruesome acts, supposedly hoping that their actions would incite a race war.

He's Had (At Least) Four Children

More like this
Mollie King & Stuart Broad Have The Most Relatable Wedding Plans
By Sophie McEvoy
Where Is Oscar Torres In 'Only Murders In The Building' Season 2?
By El Hunt
Rylan Clark Is Ready To Party
By Sam Ramsden
Adele Says Postponing Her Las Vegas Residency Was “Brutal”
By Alyssa Lapid
Get Even More From Bustle — Sign Up For The Newsletter