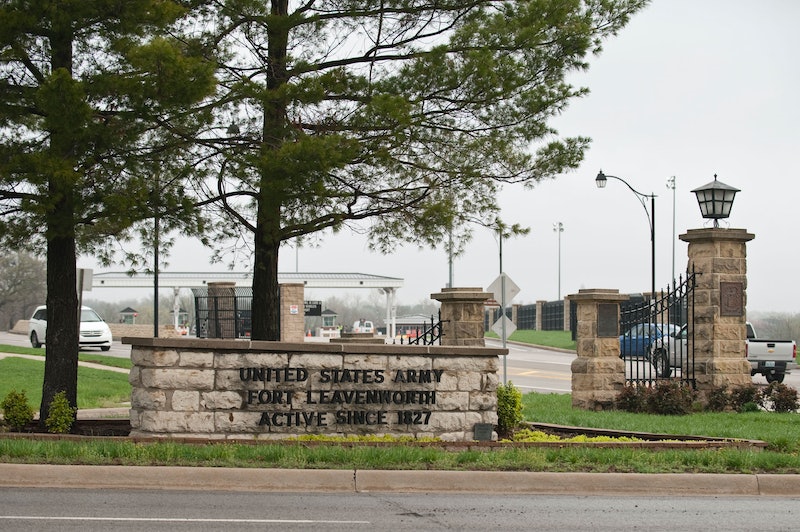 After being found guilty of four charges pertaining to her behavior in the U.S. Disciplinary Barracks in Fort Leavenworth, Kansas, where she is serving a 35-year sentence for leaking classified information about the Iraq War, Chelsea Manning was sentenced to 21 days of restricted activities, she tweeted Tuesday. The charges included possessing a tube of expired toothpaste, displaying "a contemptuous manner," and possessing the July issue of Vanity Fair — the one with Caitlyn Jenner on the cover.

Per the restrictions, Manning will not be allowed to go to the gym, the library, or outdoors for the next three weeks, she said in the tweet. This sentence actually seems relatively minor compared to what she could have been handed: She faced indefinite solitary confinement for the behavior-related charges.

Many have thought that Manning has been treated unfairly during her time in the military's disciplinary facility. On Tuesday, as Manning's lawyers announced that they had been banned from the hearing, a group of supporters turned in a petition with around 100,000 signatures to the U.S. Army liaison office in Congress to urge that the charges be dropped. Specifically, the petition asked that officials "stop harassing" Manning as she serves her long-term sentence.

This wouldn't have been Manning's first experience with solitary confinement. While awaiting trial in 2010, Manning was held in solitary confinement for 11 months. During that time, she was alone for 23 hours a day and sometimes made to strip naked at night. A representative from the United Nations, Juan Mendez, investigated the U.S. government's treatment of Manning during that time and concluded that the conditions were "cruel, inhuman, and degrading."

To this day, and particularly with the latest convictions, Manning's supporters maintain that she is being unfairly treated in an attempt to silence her activism. Despite the restrictions that have been placed on her, Manning has been able to remain vocal about issues that matter to her, including transgender rights and military affairs. She is unable to access the Internet, but she tweets using a voice phone to transmit messages to a third party, who then tweets on her behalf. She also contributes to The Guardian — though she is unable to meet with journalists in person, so she must correspond with the outside world via phone or mail.

Three weeks of restrictions definitely seems better than indefinite solitary confinement, but Tuesday's charges could still severely complicate things down the road for Manning. She tweeted later on Tuesday that the decision will follow her (via her record) forever.